Are fines sufficient to prevent indiscretion? 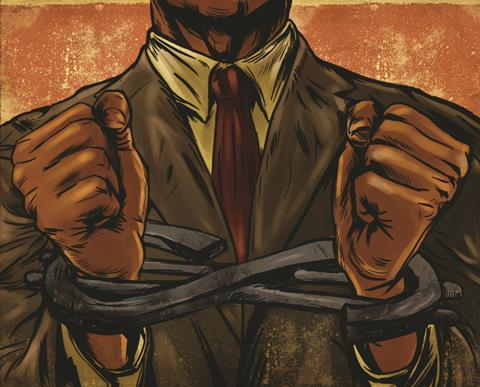 What is the function of punishing companies or their officers for malfeasances? Is it simple retribution, or is it intended to deter that company and others from repeating similar activities? Ideally, there should be an element of both – the parties harmed should be compensated, and the punishment should be sufficient to discourage re-offending; penalties that can be regarded as an affordable cost of doing business cease to be effective.

At the same time, the penalty must be proportionate to the severity of the transgression. Too severe sanctions could have unnecessarily harsh implications for a company’s continued existence.

Looking back over the kinds of sanctions that are imposed on companies for various misdeeds, they vary wildly. Some of the biggest relate to environmental remediation after incidents, such as the Deepwater Horizon oil spill, which could end up costing BP over £10 billion; or Anadarko’s $5 billion (£3 billion) settlement relating to contamination with nuclear fuels, rocket fuel waste and wood treatments at 2000 sites across the US. Pharmaceutical firms tend to get hit hardest for mis-marketing their products, with Pfizer, GlaxoSmithKline and Johnson & Johnson all attracting multi-billion dollar fines between 2009 and 2013.

These fines represent significant portions of these companies’ profits in those years, and have – in some cases – prompted significant policy changes, such as GSK’s decision to stop incentivising sales representatives based on prescription numbers. Because of the length of such investigations, it’s too early to tell how much of a deterrent effect those fines have had, but the signs are reasonably positive.

On the other hand, safety-related penalties – even where employees are killed or injured – attract much smaller fines, often dictated by standardised scales that set defined levels of restitution for certain offences. While such fines may be judged to be proportional to the transgression, they do not affect companies equally – a £100,000 fine could be ruinous to a small company, but is pocket change to a multinational. That’s not to say that large companies care any less about safety, or that fines are the only thing keeping staff safe; it just highlights that (ironically) a fixed tariff setup doesn’t affect everyone equally – either in terms of punishment or deterrent.

Perhaps a system similar to that used in Finland for speeding fines (and recently introduced in the UK) – based on the offender’s income and ability to pay, would provide more of an incentive to prevent transgressions rather than absorb penalties.