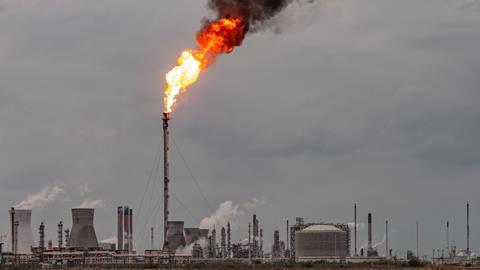 Energy is the Achilles’ heel of carbon capture technologies

Humanity has a big problem. In 2015, the world signed up to the Paris agreement to limit warming to below 2°C to prevent the worst effects of climate change. To do that, net emissions would need to be halved by 2030 and reach net zero by 2050. However, in nearly every sector we’re not making progress nearly fast enough to hit these targets. We’re on target for 2.4°C of warming already and the situation could still deteriorate further. The Intergovernmental Panel on Climate Change says carbon capture is a part of the puzzle when it comes to addressing the problem, but it’s easier said than done.

One of the big problems with these carbon capture technologies is that they are energy guzzlers. Capturing carbon dioxide – even directly from the air – is feasible; the technology, using amine sorbents at least, is well established. But you then have to use energy to liberate it from sorbents and then more energy to compress it for transport to storage sites or plants to be transformed into fuels or chemical feedstocks. And the energy has to come from renewable sources, otherwise the process is self-defeating, which means ramping up that energy supply as well.

To prevent catastrophic climate change we’d need to install 1500 carbon capture plants sucking 1 million tonnes of carbon dioxide from the air every year. Oh, and did I forget to mention that we’d need to build this number of plants every year between 2030 and 2050, by one estimate? We’ve taken a hard-nosed look at just what kind of roll out is possible, the associated energy costs and the projected growth in renewables needed to power all these plants.

So where does chemistry fit into all this? Sorbent technology is already old news, but chemists are still innovating and creating new and improved amines. They’re also looking at new materials such as metal–organic frameworks that can drive down costs by capturing carbon dioxide and then releasing it at much lower temperatures.

Yet we must also be realistic: a fledgling technology not yet in widespread use is not going to suddenly slash humanity’s carbon footprint. There’s simply no silver bullet for a problem as huge as climate change – carbon capture is just a part of the solution. It does have the potential to tackle recalcitrant carbon emissions from difficult to manage sources such as steelworks though, which still makes it a valuable addition to the climate stabilisation wedge toolkit. Every technology at our disposal is going to be needed in the battle to bring climate change under control.