Five ways for you to aid scholars and students at risk 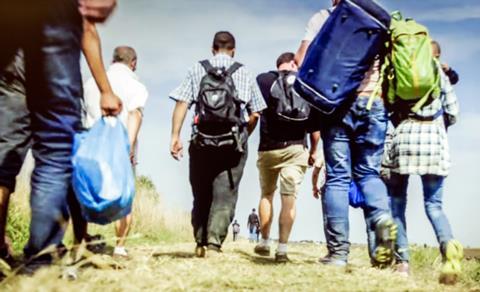 The UN estimates there are currently more than 20 million refugees worldwide, as more people than ever are risking their lives to flee oppression and conflict. And among them are record numbers of students and scholars. People just like the Syrian food chemist Kassem Alsayed Mahmoud, profiled in Rachel Brazil’s article. 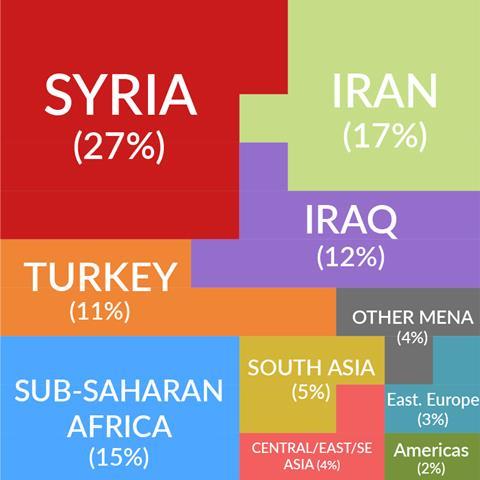 The threats to academics and their work are not limited to those living in the wake of conflict or instability. Nor are they limited to those researching human rights or teaching politically sensitive topics – scholars of all disciplines can become at-risk. We regularly receive applications from scientists who report facing threats due to their personal activism or because their work is seen as controversial or challenging the status quo. Even more commonly, we see scientists experiencing risks because of their religion, ethnicity, gender and other identity factors – including simply being a prominent academic.

While the scale of the crisis is daunting, there is also strength in the numbers of those stepping up to help. There are many organisations offering support, and the SAR network – now numbering more than 400 institutions in 40 countries – is one such organisation. We invite you to be part of this effort. In fact, we can’t do it without you; the SAR network is built on solidarity. Working with those in academia who are eager to help fellow scholars in challenging situations is one of the most inspiring things about working at SAR, and every month we see more and more institutions and individuals stepping up and taking part in the global movement to protect everyone’s right to think freely.

If you would like to get involved, there are various options available:

Host a scientist: Help arrange an invitation for a threatened scientist to teach or conduct research at your institution. With SAR, these temporary academic visits generally last from three months to two years, with the average visit being a year. In addition to providing some valuable respite for the scientist and a chance to plan their next steps, host institutions benefit from the scholar’s unique perspective and these visits offer the potential for new professional collaborations.

Invite a threatened scientist to speak at your institution: SAR’s speaker series is an opportunity to invite scholars to your institution, conference, or other professional gathering to talk about their work and their background. Through these events, your colleagues and community will learn about threats to academic freedom and attacks on scholars from someone who has faced these risks.

Get involved in advocacy: In addition to supporting SAR’s online advocacy campaigns, our student advocacy seminars also offer an opportunity for academics to engage their students with these issues by organising advocacy for imprisoned academics. Students in previous seminars have taken on the case of Mohammed Rafiee, a retired polymer chemist who has been wrongfully detained since June 2015, in addition to other scientists behind bars.

Serve as a connector: Finally, the more people that know about the threats that scholars face around the world, and the avenues available for help, the more likely it is that we will reach those in need. Ask your institution, alma mater, or professional association to become a member of the Scholars at Risk Network. There are many interdisciplinary science-focused networks that are doing admirable work to support at-risk scientists: the Committee of Concerned Scientists, the National Academies of Sciences, Engineering, and Medicine, and the American Association for the Advancement of Science, to name but a few. If you know of a threatened scientist, contact SAR or one of our partner organisations such as the Council for At-Risk Academics or the IIE-Scholar Rescue Fund.

Want to do more? We have also created a list of opportunities for engagement for those particularly concerned about the ongoing situation in Turkey.