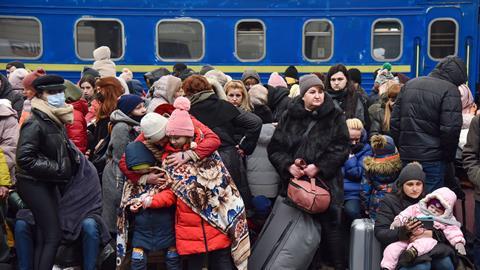 An open letter criticising the Russian invasion of Ukraine has been signed by more than 600 Russian scientists. It comes as other universities and national academies across Europe sent messages of support to their Ukrainian colleagues.

On 24 February, Russian president Vladimir Putin ordered a land, sea and air attack on Ukraine. The invasion followed months of tension as Russia amassed around 200,000 troops on its border with the former Soviet territory, which gained its independence in 1991.

In a letter posted on the trv-science.ru website, Russian researchers describe the war with Ukraine as ‘unfair’ and ‘senseless’. The signatories point out that many of them have relatives, friends and scientific colleagues in Ukraine, and say that the attack is a ‘cynical betrayal’ of previous generations of Russians and Ukrainians who fought together during the second world war.

The letter states that the invasion will isolate Russia and turn the country into an international pariah, making it impossible for scientific work in the country to carry on as normal. ‘After all, conducting scientific research is unthinkable without full cooperation with colleagues from other countries,’ the signatories write. ‘The isolation of Russia from the world means further cultural and technological degradation of our country in the complete absence of positive prospects.’

The scientists call for an immediate halt to military operations in Ukraine, and demand respect ‘for the sovereignty and territorial integrity of the Ukrainian state’.

In an interview with Science, bioinformatician Mikhail Gelfand, who helped organise the letter, noted that following the annexation of Crimea in 2014, he had visited the territory a couple of times to nurture links between Russian and Ukrainian scientists. ‘Now, I’m afraid, that is no longer possible,’ he said.

As news of Russia’s military operation emerged, the Ukrainian parliament declared a 30-day state of emergency in the country. Responding to the situation, several Ukrainian universities told staff and students to stay at home, with some planning to continue classes online.

Anatoliy Zagorodniy, president of the National Academy of Sciences of Ukraine, released a statement calling for the nation’s research community to remain united and keep calm.

The National University of Kyiv-Mohyla Academy (Naukma) says that academic activity has ground to a halt as many students and faculty ‘had to urgently leave their places’, noting that some locations experienced power cuts and have lost access to the internet. The statement appeals to the global academic community to support colleagues in Ukraine.

‘We call [on] universities, academic institutions in Europe and around the world to stand up with Ukraine against [P]utin’s regime, against ruining the fundamentals of peace, security and democracy in Europe and in the world.’

Naukma has published messages of support that it has received from academic institutions across Europe. ‘We are very concerned about the safety of your community, and hope that peace will be back very soon in Ukraine,’ wrote Christine Neau-Leduc, president of Panthéon-Sorbonne University in Paris, France.

Another message from the leaders of Nicolaus Copernicus University in Torun, Poland notes that ‘Every war is a black card in the history of humanity and contradicts the universal values held by the academic community.’

Further messages of solidarity have been published by universities and science organisations across Europe. In one, Jūras Banys, president of the Lithuanian Academy of Sciences, wrote that Lithuania had significantly increased funding for collaboration with Ukrainian scientists this year and still plans to do so in future. Referring to Russia’s attack on Ukraine, he noted: ‘We hope that this madness will end as soon as possible and we will work together to advance science in a peaceful and free world.’

‘We are very concerned about the lives and the well-being of Ukrainian academics and students. The German universities will assist them within the scope of their capabilities,’ reads a statement from Peter-André Alt, president of the German Rectors’ Conference. ‘It is also foreseeable that these developments will cause serious damage to German–Russian academic relations. We will have to examine the relevant consequences in detail.’

As western nations ramp up sanctions on Russia in response to the aggression, Science Business reports that some European politicians have called for Russia to be ejected from the EU’s Horizon Europe science funding programme. While research leaders stress that scientific enterprise should not be politicised, the European commission has in recent years used access to Horizon Europe as a political bargaining chip.

Update 7 March 2022: More than 7750 Russian scientists and science journalists have now added their names to the trv-science.ru letter. However, the website notes it has had to remove the letter due to new Russian censorship laws. A copy of the original letter can be found on The European Times website.