Shale gas will do little to improve the competitiveness of Europe’s chemical industry, argues Mark Peplow

Rising energy bills may be straining your household budget, but spare a thought for the chemical industry. As one of the UK’s most energy-intensive sectors, it has been particularly hard hit by a 40% hike in gas prices since 2005. Meanwhile, chemical makers in the US are benefitting from a flood of cheap shale gas, making them more competitive. 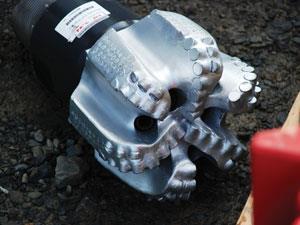 It’s hardly surprising that European chemical companies and trade bodies have been arguing loudly for greater exploitation of shale gas. Yet despite its apparent promise, shale gas is unlikely to offer them much succour.

Fracking (hydraulic fracturing) frees hydrocarbons from porous shale rock formations. A borehole is sunk into the formation, sometimes several kilometres deep, before drilling horizontally and then pumping in a mixture of water, sand and chemicals – including gelling agents, corrosion inhibitors and biocides – to shatter the rock and release the gas.

Shale gas is mostly methane, but some reserves contain more than 10% ethane, which can be converted into ethene. The European Chemical Industry Council (Cefic) says that thanks to shale gas, American ethene now costs less than half as much to make as its European equivalent, and this is making downstream products such as polythene cheaper too, benefitting the wider US economy.

Recent estimates suggest that the US has technically recoverable shale gas resources of roughly 10–45 trillion m3. Europe’s reserves have been pegged somewhere between 2 and 18 trillion m3 – although in March, drilling company Cuadrilla revised its estimates of UK reserves up to 9 billion m3, making it one of the largest shale resources in Europe, enough to meet the UK’s gas needs for almost a decade.

Jim Ratcliffe, director of Ineos, thinks it is essential to tap that resource. ‘Shale gas in the United States has transformed both its competitiveness and its confidence,’ he wrote in an open letter to José Manuel Barroso, President of the European commission, in March. ‘There are $71 billion worth of announced petrochemical expansions on the back of shale gas flowing into chemicals.’

In a delightfully mixed metaphor, he adds: ‘It’s not looking good for Europe, we are rabbits caught in the headlights, and we have got our trousers down.’

Fear of a frack planet

Those arguing for shale gas have largely focused on dispelling public fears. Fracking in Lancashire caused two earthquakes in 2011, for example, although they were actually smaller than the background vibrations caused by city traffic. Some worry that the chemicals used can contaminate groundwater. And US studies suggest that faulty well-casings can allow methane to seep into groundwater close to fracking sites, or into the atmosphere.

Nevertheless, numerous reviews – including an influential report by the Royal Society and the Royal Academy of Engineering in 2012 – have concluded that with appropriate regulatory oversight, fracking should pose no more problems than any other industry (although any accelerated exploitation of a fossil fuel resource should give us pause for thought – shale gas is no substitute for investment in renewable energy).

But even if the safety debate is won, a complex mesh of economic and political factors stands in the way of a European shale gas revolution.

Shale gas is certainly cheap in the US, but that may not be the case in Europe. The glut of methane that initially flowed from the most bounteous reserves in the US depressed prices, but that was largely because of the sudden surplus that was difficult to export.

The US also benefitted from a well-established onshore drilling industry, which could open fracking sites relatively easily and cheaply, as well as ready access to pipelines. Europe does not have the same infrastructure in place.

In the US, individuals typically own the mineral rights on their property, offering a huge financial incentive to allow exploratory drilling. Again, that differs from Europe, where ownership tends to lie with the state.

And while a fracking operation in a remote part of the US causes few public protests, European countries tend to have higher population densities. Local residents are more likely oppose the disruption of developing and operating a shale gas site.

Governments might be tempted to press ahead anyway, motivated by the opportunity to reduce our reliance on Russian gas imports. Still, even optimistic forecasts suggest that shale could meet no more than 10% of European gas demand by 2030, so it is hardly a geopolitical trump card.

Rather than ‘me too’ lobbying for shale gas, a more fruitful strategy for the European chemical industry might be increasing its market share in higher-value chemicals production. Many companies already recognise that this can offer a more sustainable route to long-term profits.

And although environmental regulations are often demonised for raising costs, they also spur demand for greener processes and materials – chemistries that European industry is ideally placed to deliver.

Pinning our hopes on shale gas is too risky – it may turn out to be a waste of energy.