Fresh out of school

What sort of training does an employer expect a new chemistry graduate to have? This will vary across different positions, but they all have this in common: there will be more to the work (often far more) than anyone could have learned in school. The equipment is different, the specialities are different, and the whole arrangement of the research departments is different as well. Many important details just have to be learned on the job. 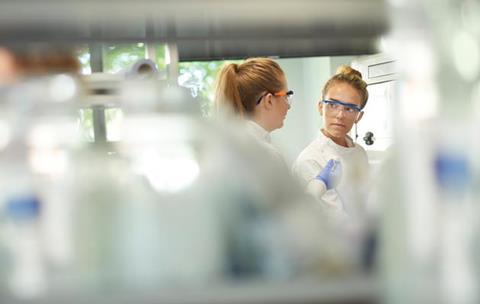 In my own field of medicinal chemistry, this has traditionally meant that biopharma companies expect new chemists to know their organic synthesis, but not necessarily to know much about medicine, molecular biology, or even drug development itself. Organic chemistry is seen as a specialised enough skill that people need to have a firm foundation in it, because it’s harder to acquire later. The biology and specific medicinal chemistry concepts can be picked up, apparently, but a wide knowledge of organic synthesis is something else again. I’m not saying that these assumptions are mistaken – in my own experience, they’re actually rather accurate. And I believe that many other branches of chemistry work in a similar manner, with their own cores of knowledge surrounded by details to be filled in later.

‘Companies expect new chemists to know organic synthesis, but not necessarily much medicine, biology, or even drug development itself’

This may seem perverse. Surely a degree in medicinal chemistry would be the ideal preparation for a career as a medicinal chemist? For many years, though, drug companies weren’t so sure about that. The worry was that academic medicinal chemistry departments turned out jack-of-all, master-of-none graduates, who had exposure to far more areas than they would ever be called upon to work in. To be fair, med-chem degree programmes have changed over the years in response to just this sort of perception, but many companies still prefer their chemists to have broad synthetic experience. Perhaps they think that if a person can deal with (say) total synthesis of a natural product, then they can clearly put up with almost anything.

You have to make sure, though, that those on-the-job details actually do get added later. I remember some years ago I helped to interview a chemistry job candidate who had eight or nine years of experience as a medicinal chemist at another (larger) drug company. We asked him how he interacted with the people in the formulation group, and he told us that, actually, he didn’t meet with them directly, because his boss went to those meetings. All right then, how about his dealings with the biologists who run the primary assays? Well, actually, he didn’t see them, either, because they were in another building.

Things went on like this, and I realised that this person had allowed himself to be crippled by his company’s structure. After his years of experience, he really should have had a better idea of how those other departments work and how medicinal chemists work with them – but he didn’t. We decided that this was partly the company’s fault, but partly the fault of the candidate himself, who should have realised what he was lacking. We didn’t make him an offer. (A note to prospective interviewees: ‘Gosh, I never thought much about that because it was someone else’s problem’ is rarely the answer your new employer is looking for.)

The other side of this on-the-job-training is that there have to be at least a few more-experienced scientists around to pass on their knowledge. More than one workplace has had enough disruption in recent years, though, to make a person wonder how effective this process still is. At the same time, it’s probably true that people worried about the same thing when they watched me and my colleagues cluelessly making our way into the labs years ago, so this may be something that works itself out one way or another. I certainly hope so!