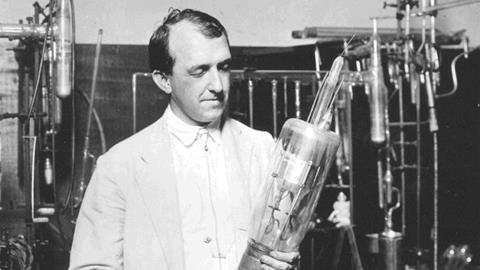 How an engineer discovered how to seal metal to glass

If you’re a bit of a lab rat, then connections mean everything. Glass cones or balls slot into sockets; metal ferrules are swaged onto tubes; knife edges bite into gaskets. But when metal meets glass you need a delicate seal – a connection once thought impossible, but which was hiding in plain sight.

William Houskeeper was born in Coatesville, US, where the Gibbons family – his mother’s side – co-owned the Lukens steel mill that earned the town the nickname of ‘Pittsburgh of the East’. He was sent to the fashionable, private Delancey School in central Philadelphia, before moving to the University of Pennsylvania in 1903 to study engineering. It is likely that here Houskeeper may have met Joel Hildebrand, who matriculated in chemistry at the same time and would become legendary for his work in chemical thermodynamics and chemical education. A top student, Houskeeper was elected to the Sigma Xi scientific honour society on campus, but was also very active in photography, an activity that would continue throughout his life. When he graduated, he spent two years at the Massachusetts Institute of Technology, US, before returning to Pennsylvania for an additional year to earn the title of electrical engineer.

Houskeeper’s first job was as a meter tester for the Philadelphia Lighting Company before he moved to Westinghouse, a growing electrical business. He worked developing arc and incandescent lamps, briefly in Pittsburgh and Philadelphia, then in Westinghouse’s huge plant in Bloomfield, New Jersey. His earliest patents relate to methods to make tungsten filaments by extruding a wet oxide and reducing the resulting wire at high temperature using hydrogen, before winding the metal thread onto a spool. This innovation provided, for the first time, good lengths of straight wire that could be shaped afterwards – and filaments that would be used in baseball stadium floodlights. Lighting was a competitive area of science; at around the same time William Coolidge, working at General Electric, developed and developed and published his method for swaging tungsten into ductile wire, a process that would ultimately come to dominate the industry.

In 1913, Houskeeper joined Western Electric, a company developing vacuum electronics. In 1904 British engineer John Ambrose Fleming had developed the vacuum rectifier ‘valve’, which had been followed by US engineer Lee De Forest’s ‘Audion’, a triode that allowed electrical signals to be amplified. These inventions had led to a huge and competitive business as radio receivers and later televisions spread across the world, but there were still massive challenges engineers such as Houskeeper had to overcome.

Both incandescent and electronic bulbs needed to operate under a vacuum. This meant the bulb’s wires to be embedded in the glass, or otherwise connected to the base, during manufacture. To prevent leaks, that meant using a metal that had a similar coefficient of expansion to hard glass. The closest match was platinum, which had the added benefit of lacking an oxide layer – a property that was thought to help the molten glass ‘wet’ the metal and provide a good bond. But as the vacuum electronics industry expanded the price of platinum began to spiral. An alternative was needed. 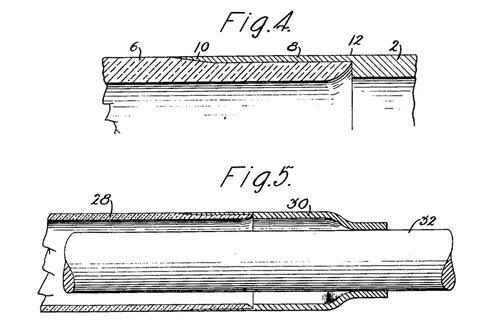 Houskeeper later described in detail the steps that led to his invention. After trying to embed copper wires in glass using borax as wetting agent – with mixed results – he decided to switch to thin foils, imagining that the greater surface area might lead to a better bond. When this was successful, he began to look at using thicker copper sheet, carefully sharpened at the edges to ensure that as the glass contracted around the metal the knife-edge would bite into the glass and keep the seal stable. This led him to embed copper discs into glass tubing, again with a sharpened edge. It was then that Houskeeper realised the thinner the soft, ductile copper, the more it could accommodate the strain of the slower contracting glass: if the end of a tube were ‘feathered’ to a thin, tapered knife-edge it might be possible to bond it to glass. Heating the tube on a lathe to red heat, he then slid it over the end of a glass tube of similar diameter. The tubes sealed perfectly, the thin copper stretching plastically around the join as it cooled.

The issue of an oxide layer had been a red herring: seals could be made whether the copper was bright or black. Houskeeper’s technique also meant the size of the seal was only limited by the size of the lathe. The method was patented in 1919 and enabled the construction of larger, higher power valves; in his lab portrait (see below), Houskeeper is seen cradling his pride and joy, an enormous 100 kW valve. In 1925 he was awarded the John Scott Medal alongside the flying pioneer Orville Wright. Sadly, they spelled his name ‘Mousekeeper’. It was not the last error; in the online version of our article on the first matrix isolation cell, we spelled his name with an extra ‘e’.

In 1929, Houskeeper retired from what had now become Bell Labs. There was income from his patents and a significant trust fund, so he bought a farm in the country. His grandson John remembers him as a friendly but reclusive man, smoking his pipe and disappearing to his workshop and his lathe. He built a small dam and a hydroelectric generator, a darkroom for photography, a greenhouse for his wife, a snowplough and a host of other gadgets to make life easier. What he lacked in sociability, he made up for in the connections he enabled. Lightbulbs changed the night. Electronic valves transformed communications, entertainment and computing. And in the lab, Houskeeper seals protect our samples from the ravages of the outside world.

Thanks to John Houskeeper and Beverley Gordon for their reminiscences.