Is that new reaction the next Nobel-worthy breakthrough, or just a flash in the pan?

Just how fashion-conscious are chemists? I’m not referring either to designer labware, or to way that famous chemists just keep appearing in all the high-end gossip sites (OK, so I made that part up). What I have in mind instead is how susceptible (or not) chemists are to trends in their own field.

It’s certainly true that a new reaction type can suddenly catch everyone’s fancy after it’s discovered. Just to pick a prominent case, photochemical bond formations – especially redox-driven catalytic ones – have been hard to miss in the recent organic chemistry literature. An example from a few years back was olefin metathesis: for a while, it seemed as if everyone was working one of those into their papers. It was, of course, a very useful technique – Nobel prize-worthy, in fact – so perhaps the enthusiasm was forgivable. In both these cases, though, the reactions have offered completely new bond formation routes that had never really existed before, so perhaps there was some pent-up demand for them. When I read something interesting, I often have the same response: ‘Oh, I’ve got to try that out!’ And I don’t think that’s necessarily a problem. 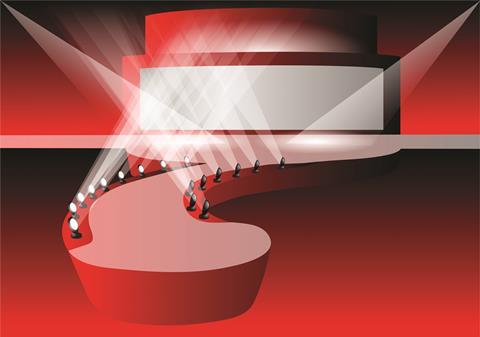 But there have been many other topics that have suddenly risen up in the literature, and some get overdone. Can anyone doubt that a nanotechnology application for a metal-organic framework made in an ionic liquid wouldn’t get published somewhere fairly quickly? On the inorganic or analytical side, I’m fairly sure that I have seen several dozen papers on variations of the BODIPY fluorophore – and it’s not like I’m seeking them out, believe me. Even total synthesis targets can be overdone. In the 1980s and early 1990s, there were so many syntheses of triquinane natural products that people began to just flip past them rather than read another one. And before that, I’m told that people were rolling their eyes at the appearance of yet another route to cis-jasmone.

Organic synthesis has changed somewhat since those days, and we may not see such pile-ups again – where are the cis-jasmones of yesteryear? But another way to judge these waves of enthusiasm might be not to think of the things that everyone was doing, but rather to think about the things that no one does any more. For example, when I was a graduate student, chromium reagents were some of the preferred oxidants, with bright-orange pyridinium chlorochromate (PCC) being especially favoured. I honestly can’t recall the last time I used any, though, or even saw it. I’m not even sure that there’s a bottle in the whole department where I work.]

When I read something interesting, I often think: ‘Oh, I’ve got to try that out!’ And I don’t think that’s necessarily a problem

This is actually more than just fashion. Fashions eventually seem to come back into style, sometimes most regrettably, but there is little expectation that PCC and its chromium-based cronies will be revived. No, this is actual progress. There are cleaner oxidising reagents around now, with less waste disposal and easier workups. The older reactions have been superseded. The same might be said about the decline of thin-layer chromatography in the face of liquid chromatograph-mass spectrometers; the decades-long ebb of infrared spectroscopy (which hangs on in specialised applications); and many other techniques. While chemistry is not immune to faddish enthusiasms, it (like the other sciences, and very much unlike the clothing business) does actually have a moving finger that writes and moves on.

We may actually lose some techniques that could still have utility, but overall some of them are just not coming back. And in the same way, some of the things that might seem like momentary fashions in the field might actually be the beginnings of permanent changes. All those blue lights that are turning up in organic chemistry fume cupboards, for example, might just turn out to be something that will make chemists thirty years from now say: ‘Ah, remember 2016? All those photoredox setups? Those were the days!’ But I think it’s more likely that they’ll remember this as the era when these reactions began to become more mainstream, the way palladium-catalysed couplings did in the early 1990s, and will find it odd to think back to a time when they didn’t have such things at their disposal.