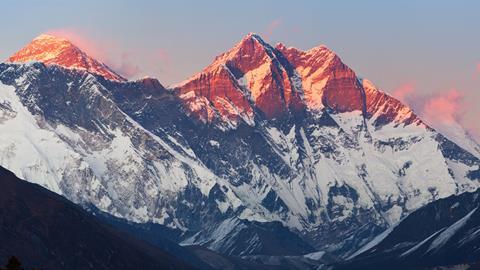 From sub-arctic coastal seas to Himalayan river systems, climate change is bringing new threats. Not just rising sea levels and extreme weather, but also more subtle dangers. Increasing temperatures influence atmospheric, soil and marine chemistries and can cause alarming knock-on effects. In some cases, problems that we may think we’ve started to master, may yet come back to haunt us.

Marine mercury pollution is one of these threats. Evidence is starting to emerge that the chaos threatened by climate change will see mercury that we thought was safely locked away re-entering ecosystems. So while regions of the world may have got to grips with mercury pollution and drastically cut emissions, a toxic legacy could still be lurking in soils, river basins and glaciers. And there is now the threat that this mercury could be freed by an uptick in extreme weather events predicted for this century.

One of the most catastrophic episodes of mercury poisoning occurred when industrial waste containing methylmercury was dumped into Minamata Bay, Japan, during the mid-20th century. The methylmercury bioaccumulated in fish and shellfish – staple foods of the local population – and resulted in thousands of people from Minamata City and surrounding fishing villages suffering severe neurological damage and, in many cases, death.

When mercury enters aquatic systems, microbes can transform inorganic mercury into methylmercury – a highly mobile and dangerous toxin. Methylmercury can move up food chains, eventually collecting in high concentrations in fish, marine mammals and even humans, which is exactly what happened at Minamata. 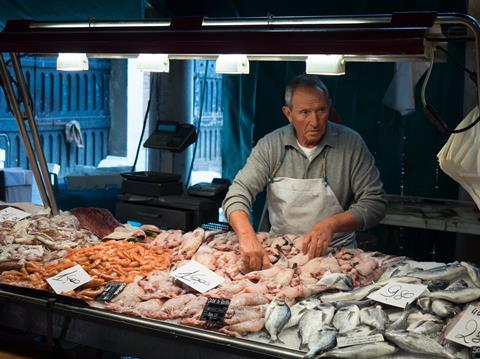 In 2013, a global treaty named after the Minamata incident was signed by delegates from 140 countries, with the aim of protecting people and the environment by controlling anthropogenic releases of mercury. This will be done by phasing out its use in products such as batteries, thermometers and cosmetics to prohibiting new mercury mining.

Today, small scale gold mining and the combustion of coal are the largest sources of anthropogenic mercury emissions, which peaked in the 1970s. But while increasingly effective air pollution controls and moves towards renewable energy sources are expected to reduce future emissions, climate change could still hamper efforts to lower human exposure.

‘Climate change affects the long-range transport of mercury through changes in wind direction, precipitation rates, ocean currents, melting of polar ice caps and mountain glaciers, higher frequency of extreme events, and biotic transport,’ explains Kyrre Sundseth, who investigated global mercury emissions while working at the NILU-Norwegian Institute for Air Research. It is not currently possible to say how this will affect human exposure risks on a global scale. However, several recent studies have highlighted ways in which climate change could raise levels of methylmercury in aquatic ecosystems, and create new dangers for communities that depend on fishing.

A key factor in the bioaccumulation of mercury species in marine organisms is how much of the heavy metal is entering aquatic systems. Qianggong Zhang of the Institute of Tibetan Plateau Research, China, led a team of researchers to investigate the role of melting Himalayan glaciers in mercury transport. Battling freezing temperatures at altitudes of almost 6000m, Zhang’s expedition collected samples of snow and water from the Zhadang glacier and Qugaqie River Basin, over a period of three weeks.1

‘We found mercury in the glacier-fed river showed clear diurnal variation. This is associated with the phase of the melting glacier,’ says Zhang. Much of the mercury in the Himalayan glaciers has been deposited following anthropogenic emissions since the beginning of the industrial era. Rising temperatures mean that more of this mercury is now being released in meltwater and making its way into the Himalayan river systems that feed some of the largest rivers in the world, including the Ganges, Yangtze and Yellow rivers.

‘Glaciers in the Tibetan Plateau and other mountain regions are mostly receding at accelerated rates,’ says Zhang. ‘The role of melting glaciers in exporting mercury will likely be enhanced in the future.’ Zhang also notes that in addition to mobilising mercury by the direct release of meltwater, the flow of the meltwater can also release mercury from another source – the hydrodynamic erosion of bedrock. ‘This situation is very unfortunate in the case of the Tibetan Plateau, because the mercury accumulation in the food chain of the lake systems is very efficient,’ he adds.

Another study found that increasing levels of terrestrial water runoff caused by higher air temperatures and precipitation rates, could not only raise the amount of mercury entering some lakes and coastal sea environments, but could actually alter the entire structure of the marine food web.2 This in turn, could result in higher concentrations of methylmercury accumulating in predatory organisms. 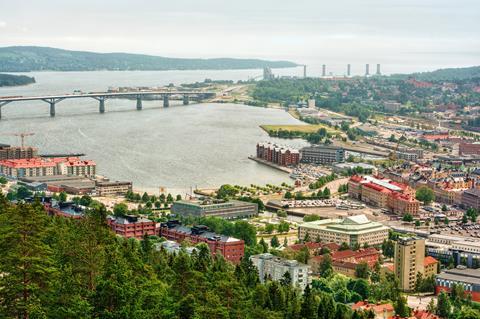 Björn’s team monitored methylmercury formation and bioaccumulation in model ecosystems that simulated increasing terrestrial water runoff into the coastal regions of the Bothnian Sea between Sweden and Finland. ‘The input of this humic rich organic matter from land colours the water brown to a certain extent. One can often see in streams and small rivers after heavy rainfall that the water gets kind of brownish,’ says Björn. ‘When this happens, solar light penetration through the water decreases and this then decreases phytoplankton production. Instead, it can favour the growth of bacteria – which of course don’t need sunlight and can use the humic rich organic matter as an energy source,’ he adds.

Food webs based on bacteria tend to be more complex than those based on phytoplankton and, as a result, there is greater potential for methylmercury to accumulate in organisms. ‘Methylmercury is enriched by roughly a factor of 10 at each trophic level, so the more levels, the more steps there are, the higher the concentration of methylmercury in predatory organisms,’ explains Björn. By the time it had reached the zooplankton stage of the food chain in the model ecosystems, methylmercury concentrations increased as much as seven times, for simulated runoff increases of 15–30%.

‘This is a pretty interesting study,’ says James Willacker from the US Geological Survey’s Forest and Rangeland Ecosystem Science Centre in Oregon. ‘The study of food web structure and how it influences mercury accumulation is an important aspect of understanding how mercury concentrations reach levels of potential concern for fish, wildlife and humans. However, looking at the role of bacterial production in food webs is novel as far as I’m aware and could provide important insights into the variability in mercury accumulation in differing food webs.’

Willacker’s own research focuses on contaminant bioaccumulation in marine ecosystems. He and his co-workers recently analysed carbon, nitrogen and sulfur isotopes in fish from the San Francisco Bay Estuary to investigate the processes that could influence methylmercury exposure.3 The team wanted to find out whether mercury concentrations in fish were affected more by types of prey, their place in the food chain, or differences in the environmental conditions that lead to the microbial production of bioavailable methylmercury.

‘Mercury exposure is complicated and even within this one estuary the processes driving exposure can vary among sites and habitats,’ notes Willacker. ‘In many cases we found the variation in mercury exposure was mainly due to environmental conditions driving the creation of methylmercury. In other cases, differences in fish feeding and food webs were also important.’

Climate change will clearly have varying effects on mercury mobility across different geographical regions. Björn points out that while his team’s research focused on an area in the northern part of the northern hemisphere where precipitation is predicted to increase, other locations will see substantial decreases in rainfall. ‘For example, the Mediterranean region is predicted to have quite substantial decreases in runoff,’ he says. Meanwhile other research has analysed how climate-induced changes in river flow and permafrost thaw could influence the delivery of large quantities of mercury to the Arctic Ocean.4

‘Of course the development of future climate is uncertain and climate scientists are working with a range of different scenarios. In [our experiments] we have basically used one level of organic matter additions, so we would like to expand this range to better predict the effect of different climate scenarios,’ says Björn. ‘And the second step is we would like to better understand which geographical regions and which types of ecosystems will be most vulnerable to these effects.’

Sundseth reiterates this, saying that new methods and models will need to be developed to improve our understanding of future mercury emissions and transport, particularly in the context of changing climates. ‘Such knowledge should be further analysed in the context of improving current regulations and possibly definition of new legislation,’ he notes. ‘Mercury levels continue to rise in some regions of the world. Investigating human exposure to mercury in some particular geographical regions – such as the Arctic – under climate change may present an opportunity to gain insight into changes that may later impact populations in other regions of the world.’ These studies will be pivotal in informing the selection of the most efficient emission and exposure reduction measures in the future.