There’s room for a little randomness in drug development 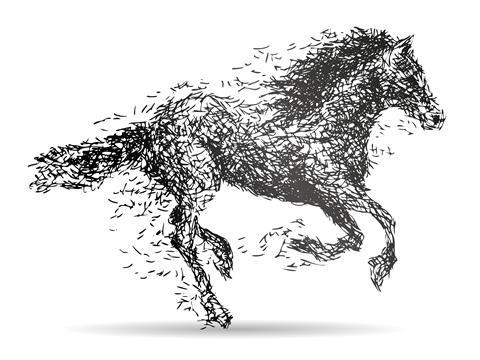 Many a surefire designer drug has gone down in flames, only to be overtaken by a randomly-modified dark horse

Working as a medicinal chemist in early-stage drug discovery means running lots of experiments, because you’re going to be making lots of compounds. A typical project will generate hundreds of new compounds at the very least, and could well run into the low thousands of analogues before things are finished. And there’s never been a drug research effort where there weren’t more compounds that could still be made at the end of it.

How, then, do you figure out which compounds to make? Some of them are obvious: things like blocking sites of metabolism or testing both enantiomers at a chiral centre. But others are matters of opinion, and their relative priorities equally so. That’s why there has to be a chemistry head for a project, to set these relative rankings and make sure that different avenues are explored.

These issues are common to every drug company’s research efforts. But there are cultural differences from place to place, and those can show in the choice of compounds and the reasons they get made. At one end of the scale would be sheer anarchy – everyone just goes off and makes whatever they feel like. There may have been such an era, but I missed it, and I’ll bet that most readers missed it, too. The closest I have experienced to this is when a molecule gets divided up into regions, and the people assigned to each one are free to use their best judgement about how to start making analogues. That’s subject to revision by one’s peers, of course, in the ‘Hey, how come you folks have never…?’ mode, but that’s how science works.

There are departments, though, that have operated at the other extreme of the scale – that is, no compound can be made without a detailed, documented reason for its existence. That reason might be something out of the overall plan laid down by the project heads, or it might be something from the molecular modeling team, or a response to some issue that’s come up in metabolism or stability. But every compound will have to show one; no random analogues need apply.

My own feelings are that, in many cases, ‘Because no one’s ever tried changing that methyl group’ (or whatever) is a solid enough reason to go ahead, particularly if the chemistry isn’t very difficult. I don’t advocate just staggering around compound space making whatever comes into your head, but allocating a slice of time and effort to random changes is worthwhile. I don’t think we’re knowledgeable enough to sit back in our offices, listing the exact compounds that will prove useful and the exact order in which they should be investigated. I’m sure I’m not. The number of drug discovery sure things that have blown up and dark horses that have come through should be enough to give anyone’s technocratic impulses some pause.

These feelings are not necessarily widely shared. To be sure, no one is passionate about advancing medicinal chemistry analogues the completely random way (unless you count the combinatorial chemistry boom in the 1990s, but that was mostly about finding starting points, not taking them on to drug candidates). But there are many people who strongly believe in the ‘No compounds without a reason’ philosophy. I’ll admit that it can force people to think about the issues that need to be solved, and target their compounds toward the. And I’ll also admit that the majority of compounds I’ve made myself over the years had just these sorts of aims behind them. But I’ve also seen people abuse this system as well, grabbing fashionable or boss-pleasing rationales rather than devoting real thought to their problems. ‘Every new analogue needs something to support it’ sounds good, but a crutch is a support, too.

So while I’m fine with most of a project being as rational as circumstances will allow, I’m also all for having 5–10% of the compounds being unusual things that were made because they’re unusual. They should be at least plausible drug structures, of course, but somewhat off the main track of the team’s thinking. Because we don’t always know what we think we know.