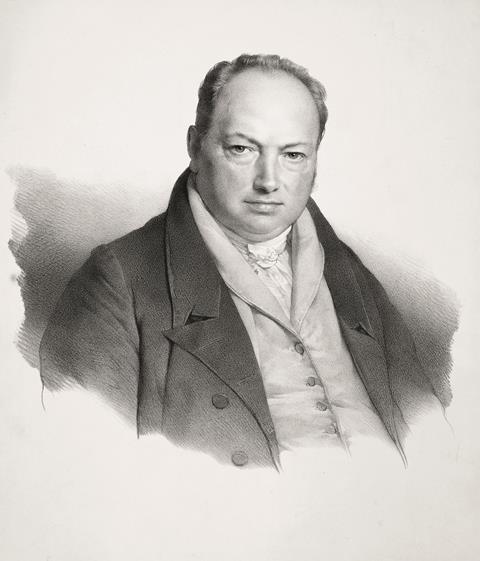 I recently wrote about my sadness at the end of an era, the loss of our department’s mechanical workshop. If not always the speediest, it was invaluable in many ways. In a slightly mournful mood, I went to the basement for a last look at the drills, lathes and mills, and to chat with the remaining technician, now charged with managing the closure.

As we talked, my eye fell on a wooden box containing a beautiful micrometer. With a bulbous base, it was designed to sit on a bench top. Cradling it in my hand – it felt reassuringly heavy – I twiddled the thimble, inscribed with a Vernier scale, and marvelled at the smoothness of the action and the almost imperceptible motion of the needle as it retracted away from the anvil. The micrometer, with its faint smell of wood and machine oil – gave me an intense sense of connection with the age in which precise measurement went from being an individual obsession to the cornerstone of technology.

The 19th century is often associated with the rise of steam engines, powering the industrial revolution. But the other development was the ability to cut metal with real precision. It was lathes that built the components of the machines in William Blake’s ‘dark Satanic Mills’. A lathe spins an object held between the jaws of a mandrel, ensuring that it can be cut using a blade held by the operator, or clamped on the lathe itself. Although foot-powered lathes had been used to turn wood for millenia, work with iron required something different. While several people contributed to lathe development, it was Henry Maudslay who brought all the ideas together.

Maudslay was the son of a wheelwright. He began working aged 12, as a ‘powder monkey’ filling rifle and cannon cartridges with explosives at the Woolwich Arsenal in London. He moved to the carpenter’s shop and then to the blacksmith’s forge where he developed a reputation as a first class craftsman. It was not long before he was poached by Joseph Bramah, who had staked his reputation on making the most secure locks on the market. Bramah’s requirements were so complex that Maudslay began to develop a whole new set of tools. His skill and ingenuity were so spectacular that within a year Bramah made Maudslay head of his workshop, aged just 19.

To cut and mill metal, a lathe needs to be stiff and heavy. Building the frame out of cast iron, with a pair of flat rails on either side, maintained precise alignment throughout the cutting process. Maudslay next positioned the cutting blades on a strong holder, the slide rest, bolted firmly to the flat frame. Using a system of gears, the cutting edge could be adjusted by fractions of a millimetre.

To move the object to be cut, the spinning mandrel was connected to a long metal screw, the leadscrew, running below the flat surfaces of the frame. The pitch of the leadscrew ensured that the mandrel could now be moved forward and back, and with a series of gears, the motion could be linked to the cutting blade, so the two moved together. 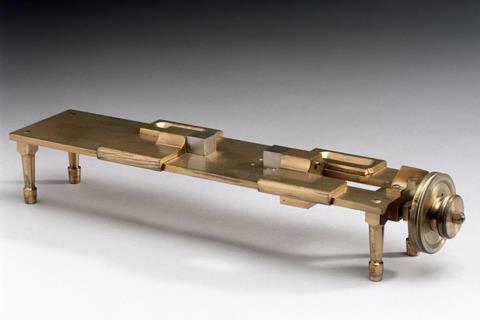 It was now possible to cut screws of any size precisely and reproducibly. Maudslay developed standard pitches for screws. This had the immediate consequence that parts and components became interchangeable, rather than having to be made one at a time. Mass production became a real possibility.

Bramah’s business flourished, but when the young man asked him for a substantial raise, his employer refused. To Bramah’s chagrin, Maudslay set up on his own and hung a huge brass screw in his window to proclaim his craftsmanship and precision. He was soon building new machine tools for mass production of pulleys with the engineer Marc Brunel, which was both intellectually satisfying and very lucrative. As he worked, Maudslay innovated over and over.

He devised a method for establishing the flatness of an object. While one could check whether one object was as flat as another by coating one with ink and then pressing them together – minute bumps and troughs on the one are immediately visible on the other – there was always the danger that the two might have corresponding imperfections. Maudslay suggested using three flat surfaces; one could gradually grind them down until all three were matched. It led to smoothness so perfect in fact that it was possible to ‘wring’ two surfaces together, such that the cannot be pulled apart, unless slid sideways. Standard gauge blocks allowed precise lengths to be established in any workshop by means of this wringing process.

To check the quality of the workmanship on a daily basis, Maudslay developed a micrometer, a sort of miniature bench with a fixed block with a flat surface facing a second movable block attached to a fine screw thread. With it, Maudslay and his workmen could measure dimensions to within one thousandth of an inch. Such was its perfection that it was nicknamed the Lord Chancellor for its ability to settle disputes.

Today we seldom make apparatus. Almost all of the components we use are interchangeable and bought from a supplier. All the same, wander into many labs and in the toolbox you’ll find a set of digital micrometer calipers, useful as a check before ordering a part and a distant echo of former days.

As I was leaving the workshop, I asked my colleague about the micrometer. ‘I don’t suppose anyone will miss it, will they?’ I slipped the box into my pocket and returned to my office, feeling sad.