The pharmaceuticals business is hugely profitable, but it is also hugely expensive – the costs of bringing a drug to market are immense. The mechanism for reimbursing the drug companies’ R&D expenditure has always been patent exclusivity, where the company is given a temporary monopoly on the sale of its product to enable it to cover its costs, make a profit, and go on to develop new drugs. But this system is hugely flawed and there are compelling arguments for reconsidering the way in which drug research is funded.

The price of patents 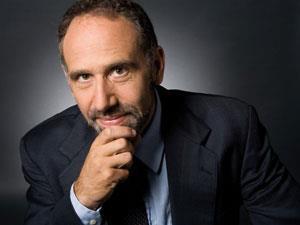 It is remarkable that the system of patent support for prescription drug research has not become more of a policy issue. While economists are always quick to shout about trade protection that may raise the price of clothes or steel by 20 or 30%, patent protection typically raises the price of prescription drugs from a few dollars a prescription in a free market to hundreds or even thousands. The situation is less severe in countries such as the UK and India, where government controls apply to drug pricing, but even here the financial burden on patients or health services is significant.

If all drugs were available as generics, paying for them would be a relatively minor issue except for the very poor. However, when a lifesaving drug can cost hundreds of thousands of dollars a year, drug costs are potentially a major issue for anyone who is not extremely wealthy.

The enormous difference between price and the marginal cost of production created by patent monopolies has all the effects that economists predict from this sort of intervention in the market. Drug companies spend massive sums marketing their drugs to patients and doctors, and often for purposes for which they have not been approved. Persuasion tactics can extend even to bribery. Needless to say, this approach is not likely to ensure that patients get the best medicine. This system also gives the incentive to deliberately conceal research findings that reflect poorly on a drug. GlaxoSmithKline has recently been fined a record $3 billion (£1.9 billion) for using these illegal practices.

Patents can also distort biomedical research by discouraging the pursuit of treatments or cures that do not involve potentially patentable products. Investigating the benefits of applying existing off-patent drugs for novel treatments, for example, is of little interest to drug companies – research suggesting that aspirin may be an effective drug for reducing the risk of many types of cancer is unlikely to be pursued. To recoup their investments, drug companies must ensure that the (new, patented) drugs they develop are the only choice for treating a condition. Of course, they also push research in the direction of diseases that afflict those who can afford expensive drugs, although this could be an issue with any mechanism for supporting research.

Patent monopolies also lead to the sort of political intrigue that economic theory predicts. As one prominent example, immediately after the US Congress approved an industry-friendly bill to subsidise prescription drugs for senior citizens, the head of the relevant committee resigned to take a lucrative position as the president of the US pharmaceutical industry’s trade association.

If there were no alternatives to patent support for financing research then we would be forced to accept the waste and corruption associated with patent monopolies for prescription drugs. However, there are many other possible mechanisms. Nobel prize-winning economist Joe Stiglitz has suggested a government-funded prize system which would be used to buy up patents, based on their health value, and then place them in the public domain.

Another alternative is direct public funding of research. This would involve a qualitative expansion of the government money that is already going to support biomedical research. The US government alone spends more than $30 billion a year to finance the National Institutes of Health. Most of this funding supports basic biomedical research, but there is no reason in principle that a much larger sum could not be re-directed to support the development and clinical testing of new drugs.

This research could even be contracted out with the condition that all the findings are fully public. That would mean not only that all the patents are placed in the public domain so that the drugs could be produced as generics, but also that all the research findings would be available on the web so that other researchers, as well as doctors and patients, would have full access. The latter outcome is a major advantage of a system of direct public funding over a patent buyout system.

In addition to leading to better health outcomes, an alternative to patent supported drug research is likely to have enormous economic benefits. The US currently spends close to $300 billion a year on drugs that would likely cost less than $30 billion a year in a free market.

Given the enormous potential for cost savings and health benefits, we should be actively debating alternatives to patent monopolies for financing the research and development of new drugs.

Dean Baker is co-director of the Center for Economic and Policy Research, Washington DC, US