Is there a case for regulating the ‘trust’ hormone? 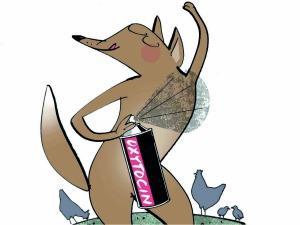 Trust is a pretty vital concept in everyday life. You’re walking up to a door that a kindly co-worker is holding open for you. He’s smiling broadly. It is trust that allows you to confidently stride through without worrying that this man is going to slam the door in your face.

Trust is also important in close personal relationships: between business partners; husbands and wives; parents and children. Clearly, there are a range of cognitive factors which influence how much you trust someone, but interestingly for chemists there is one molecule in particular - oxytocin - which has been shown to have a large effect on trust.

Oxytocin is best known as a labour-inducing drug. But back in 2005 a report in the journal Nature examined the effect of this nine-residue neuropeptide on a trust-based investment game.1 Players took on the roles of ‘investor’ and ‘trustee’. Investors first decided how much of their real cash they would hand over to the trustee. The experimenters tripled the value of the investment whilst it was with the trustee, who could then choose to give as much or as little of their coup as they liked back to the investor. Before playing, the competitors were given either a sniff of oxytocin or a waft of placebo, and the researchers observed a fascinating effect: the oxytocin group invested 17 % more, on average, than the control group. And, amazingly, 45 % of that same group invested the maximum figure they could.

A bit of online searching reveals that oxytocin is now available in handy spray can form over the internet. ‘For only £39.99 you can purchase a two week supply of liquid trust’ boasts one website. And of course trust is useful for more than just financial transactions.2 Use this oxytocin-containing concoction and it will bag you that dream job, turn your failing relationship around and make everyone at the pub love you. Or so the claims go.

Of course this raises some big questions about the morality of such schemes. A fellow walking into to a job interview surreptitiously doused in oxytocin might have an unfair advantage over his - apparently - less trustworthy competitors when the interviewer inhales the hormone vapours.

A loose analogy could be drawn with human growth hormone (HGH). Synthetic HGH helps encourage muscle growth and has regenerative effects in medicine. On the other hand, strict regulation of this compound is essential, because athletes could gain an unfair advantage by dosing themselves up with it.

Oxytocin is usually a prescription-only medicine, but a Medicines and Healthcare products Regulatory Agency (MHRA) spokesperson said it is ‘not licenced’ as a nasal spray.

A 2011 Royal Society report said that ‘Neuroscientists seek to determine how brain function affects behaviour, and the law is concerned with regulating behaviour. It is therefore likely that developments in neuroscience will increasingly be brought to bear on the law.’3

Perhaps we should think it likely - as we learn more about the subtle effect of chemicals on behaviour - that chemistry, too, should have an increasing impact on the law.