No time for grief over Brexit: we must act

The UK science community must set its priorities in a post-EU world and win over the science sceptics, says John Womersley 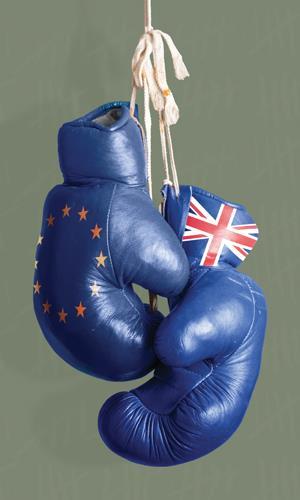 When the science community awoke on 24 June to learn that the UK had voted to withdraw from the European Union, the reaction was one of shock, disbelief, self-pity, anger and even denial.  Since then, the community has been going through all the stages of a classic grieving process. But now, with a new government in place and real decisions needing to be made, I sense a growing desire to get back on to the front foot and help shape the future.

The key question is what science and research should try to secure in a post-EU UK.  There are going to be some very hard-nosed negotiations between the UK and the EU over the future nature of its relationship, and some equally hard-nosed discussions within the UK over what the red lines and desires in those negotiations need to be. It is critical for the future success of research in this country that its priorities are part of that discussion. And that means that the science community needs to push for a short, and hopefully achievable, list of ‘must haves,’ while being aware of the larger politics that will drive the overall UK position.

A number of helpful efforts are now underway to stimulate such thinking, for example by the House of Commons science and technology committee and the Campaign for Science & Engineering (CaSE). I encourage the community to participate fully in these discussions.

While I don’t want to pre-judge the results, I am already hearing two major concerns from the scientific community. The first is about people: how to safeguard the rights of existing non-UK scientists in this country, and how to ensure our universities and laboratories can continue to recruit the best specialist staff from elsewhere in Europe and around the world.

The second major concern is focused around the UK’s participation in Europe-wide science projects. In many cases, like Cern and the Square Kilometre Array, this is not in question – they are not connected to the EU. As far as the Science and Technology Facilities Council (STFC) is concerned, neither our science priorities nor our budget have been changed by the referendum and we fully intend to continue to take part in the wide array of European and international science projects that we outlined in our delivery plan earlier this year.

However, the continued ability of the UK to be part of the European research area and the EU framework programmes, and to receive funding through its mechanisms such as Horizon 2020 and the European Research Council, is very much an open question. There are various models for participation in Horizon 2020 as an associated country, with different levels of benefit and commitment required; the UK will need to define its negotiation position and community input is going to be important. Too much focus on money, though, is probably unwise – if the research community seems to be motivated solely by a desire to keep its funding flowing from Brussels it will appear self-centred and out of touch. It will be far better for us to emphasise the need to be part of an international research agenda and to shape research priorities at a European level, which can only happen if the UK is properly engaged.

A final thought and lesson for us, is how science was – or at least felt it was – marginalised or even disdained in the referendum vote. Most scientists don’t know anyone who voted to leave and, in a very real sense, cannot understand how this outcome occurred. The community had been clear and forthright in its views – how could it have had so little influence? How could evidence be so trumped by emotion? While Michael Gove will probably long rue his remarks about the country having had enough of the views of experts, he was undeniably on to something – and, frankly, that’s what hurts.

The research community needs to be very careful how it reacts. It may be easy to mock people whose views we disagree with, but the research we want to perform involves spending their money and requires their support.

Agreeing what the research community needs and ensuring its priorities are taken forward in negotiations will not be easy.  We are in uncharted territory, but it is critically important we do this – not just for the wellbeing of the UK’s science base but for our future prosperity in an increasingly globalised, knowledge-based economy, whether inside the EU or out.

It’s become commonplace to complain that there was no plan for Brexit. While that’s true, if there had been a plan it would have been put together in back rooms with no input from any of us. We now have an opportunity to help shape our future. Let’s take it. The scientific community did not choose this outcome – but it does not need to be a victim of it.