Illuminating the radical photoreactions of ketones

At the bench recently, I had cause to develop new conditions for a desulfurisation reaction – with some precedent to suggest that the process could be induced by light. It would turn out to be a very tricky problem indeed. The molecule contained not only the necessary structural components for the intended photoreaction, but also a host of ketones. I feared these might be susceptible to unwanted photo-excitation and cleavage, following a mechanism elucidated by British physical chemist Ronald Norrish. How would I achieve selectivity for my intended reaction? 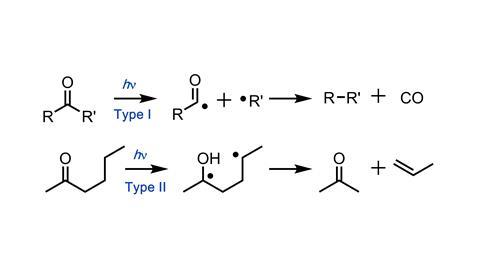 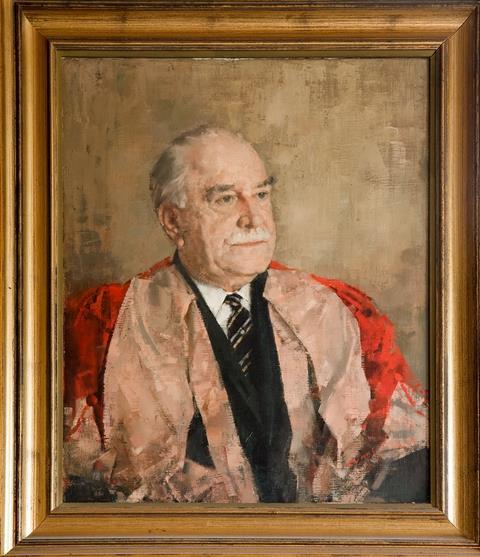 Source: © The Master and Fellows of Emmanuel College, Cambridge

Norrish rose to become the head of the department of physical chemistry in Cambridge, and won a Nobel prize in 1967 for his work on flash photolysis and chemical kinetics

At the end of his career, Norrish1 was asked how much his early work investigating the reaction kinetics of photochemical processes had influenced the emergence of applied photochemistry in the mid-20th century. A Nobel laureate and head of the department of physical chemistry in Cambridge for 30 years, Norrish’s understated reply was that some of his work had been influential, although he had been puzzled that organic chemists were ‘primitive in their methods … they got a strong lamp, stuck it in the middle of the reaction and waited for something to happen’.2 It is unsurprising that Norrish considered it disagreeable to conduct such speculative procedures, as his own research was characterised by careful experimental design in search of evidence that would test theory. Yet serendipity also played its part in his accomplishments.

Born in Cambridge, Norrish excelled in the sciences and mathematics at school. Aged 17 he was awarded a scholarship to Emmanuel College, Cambridge, but deferred his entry to serve in the Royal Field Artillery during the first world war. Captured in early 1918 and held as a prisoner of war, Norrish would never forget his good fortune in later returning safely to Cambridge. With so many young men lost, he felt keenly that his education and early career were not the ‘rat race’ of other generations. The odds of making it in academic life had been shortened.

It is difficult, though, to imagine that Norrish would have been disadvantaged had he been surrounded by an even greater number of able minds among his contemporaries. Achieving a double first in natural sciences, he embarked upon doctoral studies under Eric Rideal but quickly began to explore his own ideas in the emerging area of photochemical kinetics. In the early 1920s, many photoreactions had been documented but little was understood of their mechanism and Norrish became interested in processes sensitised by chlorine (initiated by photo-dissociation of Cl2 to the radical Cl·) whose kinetics were disputed. Over the next decade, Norrish elucidated the details of initiation, propagation and termination steps in these reactions – cementing the new theory of radical chain reactions.

From here, he became interested in the photochemical processes of complex reactions involving bigger organic molecules. Norrish realised that the products formed in a light-induced reaction could be used to untangle the processes, and began by exploring photo-decomposition of simple ketones.

Norrish began by looking at how ketones fragment when irradiated

When irradiated, acetone decomposes to form ethane and carbon monoxide. Norrish recognised that this might occur by a coupling of the two methyl groups within the same molecule, or by initial dissociation to form two radicals (methyl and acyl). Rapid loss of CO from the acyl radical would produce another methyl radical, and combination of these two methyl radicals leads to the ethane product. If the reaction were conducted with an unsymmetrical ketone, then the radical mechanism would generate two different alkyl radicals, and hence a mixture of products, whereas intramolecular coupling could only lead to one alkane.

Norrish conducted gas-phase reactions to test the hypothesis using two unsymmetrical ketones – butanone and 2-hexanone (figure 2 ).3,4 This involved heating each ketone to reflux in a long-necked flask (A). The vapour in the neck of the flask was irradiated with a mercury lamp (E) and the gaseous products collected in a large bulb (C) before their separation by fractional distillation under vacuum, each fraction being collected in a gas burette using a cooled trap (H).

Irradiation of butanone forms ethane, propane and butane in similar proportions, suggesting the presence of radicals. Direct observation of the alkyl radicals by their reaction with p-block metalloids soon substantiated the a-bond cleavage mechanism,5 referred to as ‘Type I’ by Norrish himself thereafter.6

If the mechanism was an intramolecular coupling, irradiating butanone would give only propane. Norrish showed it produces a mixture of etahne, propane and butane, indicating that radicals must be involved

But it was irradiation of 2-hexanone that gave an unexpected result. Once excited, the initial radical abstracts a hydrogen from the side chain (a 1,5-hydrogen atom shift), and the resultant radical undergoes cleavage of the a,b bond to give an alkene and an enol, which tautomerises to a ketone. Norrish elegantly demonstrated the requirement for a suitably disposed side chain in this ‘Type II’ cleavage using configurationally constrained cyclic ketones.7 Type II photocleavage has since become a mainstay of synthetic organic chemistry.

When ketones with longer side chains are irradiated, there is an opportunity for the initial radical to abstract a hydrogen atom, leading to very different products

With Norrish’s advice echoing down the years, did I find conditions for my own photochemical reaction? Well yes – I got a strong lamp and waited for something to happen.