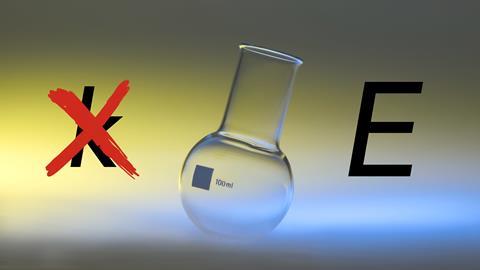 Putting a stop to the step

Even if classic kinetics are correct, that doesn’t mean we can’t fix them

One of the most important catalysts for the development of humankind is, fittingly, the field of catalysis itself. Yet while much progress has been made in understanding catalysts, in one respect nothing has changed for decades: the way we describe the kinetics, and specifically the rate law.

The raison d’être of catalysis is to accelerate reactions, so any serious attempt to understand a catalytic reaction involves the rate law: the global rate of reaction derived from all the individual rate constants and concentrations of each step (or pressures and surface coverage). But deriving this is a tortuous process, and the resulting rate law is less than satisfactory if we would pretend to obtain straightforward physical information from it.

Of course, there is nothing incorrect about using rate constants to build a macro-kinetic picture from elementary steps; it is extremely productive, no doubt about it. The scientific impact of Michaelis–Menten and Langmuir–Hinshelwood kinetics is immense. Furthermore, clever tricks such as the steady-state or the quasi-stationary approximations paved the way for the relatively easy derivation of rate laws. These approaches have been tested and proven, so why change? The reason is contained in these three words: rate determining step (RDS).

There is a better way, but it involves sacrificing rate constants and the good old rate determining step

We are all trained to think that in kinetics, and especially in catalysis, there is ‘one step to rule them all’. This enigmatic determining step preserves the idea that elementary steps (the concerted reaction from a reactant to a product via a single transition state) are the indivisible units of kinetics. Therefore, finding the rate constant for the single determining step will supposedly give us all the data we hypothetically need to understand the global rate. But as noted above, the complete rate law, even in relatively simple models, is a hard-to-digest mixture of all the rate constants in an apparently random distribution. Every chemistry student has a baptism of fire trying to simplify these expressions and the reality is that after cutting whatever can be cut, the resulting rate law is seldom reduced to a single determining rate constant.

To make matters worse, there are various definitions for the RDS and many of them are unsatisfactory (hint: stay away from the ‘slowest step in the mechanism’ definition). The Iupac goldbook, our holy scripture, took a step in the right direction in defining the RDS as the step whose rate constant exerts the strongest effect on the overall rate. Basically, if we could individually change the constants by a differential amount, the one that changes the rate the most can be considered the RDS. This clever definition actually works (see the works of Keith Laidler and Charles Campbell for some insightful explanations), but it also brings the disturbing corollary that the RDS is not necessarily the one with the smallest rate constant (the one with the highest activation barrier). It might even be the one with the largest constant, typically assumed to produce the faster step!

There is a better way, although it involves sacrificing the rate constants and the good old RDS. If we convert all the rate constants in the rate law to energies (which can be done through transition state theory), then most terms are mathematically cancelled, leaving a much cleaner expression. The result includes the driving force (based on the Gibbs energy of the reaction) and all the possible combinations of intermediates and transition state energies. It is as though the system has to surmount all the hills of a mountain range, but the hills are made by the combinations of all the troughs and summits, even if they are quite far apart. In most cases all but one of those hills can be neglected, leaving a minimalistic equation full of kinetic information. Now, the energies of only one intermediate and transition state (the ‘rate determining states’) define the rate law, with the energy difference between them (the ‘energy span’) acting as the activation energy of the full cycle. In physical terms, most of the catalyst species will be contained in the determining intermediate, while the maximum barrier to surmount is in the determining transition state, even if it is in the antipode of the cycle. Since there can be a hundred steps between them, how can we speak of an elementary determining step?

Rate constants are the original language of the experimentalists, so some reticence to speak through the energy representation is understandable. Yes, we can continue to express the rate law of the reaction using rate constants as we always have, but expressing it in terms of energy provides simpler and more insightful information. In the 21st century, computational chemistry has grown to be a major player in catalysis, and there the lingua franca is energy. Therefore, and possibly sooner than expected, the new default might be E, not k. Or, as L P Hartley put it so eloquently: ‘The past is a foreign country; they do things differently there.’