Last year, human activities released about 32 billion tonnes of CO2 into the atmosphere. According to the UN’s Intergovernmental Panel on Climate Change (IPCC), those greenhouse gas emissions must fall to almost zero by 2100 to avoid irreversible damage to our environment. The best way to achieve this is to reduce our dependence on fossil fuels – but it also makes sense to prevent the CO2 that we do emit from reaching the atmosphere. 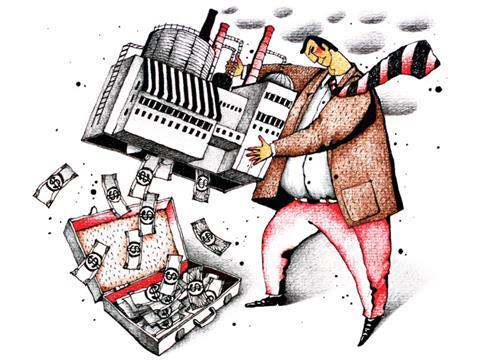 Carbon capture and storage (CCS) systems, which aim to lock CO2 into porous rock formations deep underground, are currently energy-intensive and uneconomical. So attention is shifting toward carbon capture and utilisation (CCU), which aims to use CO2 as a feedstock to make fuels, chemicals and other useful products.

On 29 September, the XPrize Foundation – a charity that supports innovation – announced that it would award $20 million (£13 million) to the winners of its new Carbon XPrize, a competition intended to stimulate CCU research. Entrants will submit ideas for using CO2 from either gas- or coal-fired power stations, and the best technologies will be tested at demonstration-scale plants. The teams that convert the most CO2 into the highest value products will be victorious.

Any effort to tackle climate change is welcome. But the success or failure of CCU technologies depends on more than innovation – it is utterly at the mercy of economics.

Down in the well

The chemical industry already uses roughly 200 million tonnes of CO2 every year, much of it combined with ammonia to make urea. But CO2 lies at the bottom of a very deep thermodynamic well, and it takes a lot of energy to haul it out. Simply converting a lot of it into something valuable offers little benefit for climate change if it causes additional emissions through costly energy consumption. It is not yet clear if the XPrize Foundation will use full life-cycle assessments to judge its contestants.

The need to be both environmentally and economically sustainable has been a tough hurdle for CCS. The temperature swings involved in absorbing and releasing CO2 from capture solvents typically increase a plant’s fuel consumption by 20–30%. Although the first commercial-scale CCS system to be retrofitted to a coal-fired power plant opened in Canada last year, it is telling that the project was mostly paid for by $1.2 billion in public funding. Ultimately, any technology that relies almost entirely on subsidies looks economically questionable in the long term, not least because it is vulnerable to political change. Look at how quickly the Drax power station in North Yorkshire dropped plans for a £1 billion CCS system in September, shortly after the government ended a renewable-power tax exemption that was a key income stream for the company.

One of the reasons why CCU looks more appealing is that the products it makes could help to cover the costs of capturing its feedstock carbon.

Chemistry clearly has a huge role to play in CCU – indeed, it is a chemical grand challenge – and there are already successes to celebrate. Covestro (formerly Bayer MaterialScience) has developed a novel zinc catalyst to combine CO2 and epoxypropane into polyols, used to make polyurethane foam, and expects to start production next year. A life-cycle analysis shows that the process reduces greenhouse gas emissions by 19% relative to conventional polyol production, and consumes up to 16% less fossil fuel – big gains in an industry where every percentage point is hard won.

But chemistry does not have the field to itself. The biosphere has several billion years of experience in turning CO2 into complex molecules, and various companies already have demonstration plants using algae and cyanobacteria to make ethanol, butanol and a host of other products. Biology can also help to make carbon capture itself more efficient. For example, CO2 Solutions of Quebec City, Canada, has used a super-tough carbonic anhydrase enzyme, developed by directed evolution, to help capture 10 tonnes of CO2 per day in nothing more than aqueous potassium carbonate. Collaboration between biologists, chemists and chemical engineers could be crucial to making CCU economically viable.

One drawback of CCU is that many of its products will eventually return CO2 to the atmosphere, either when fuels are burned or when plastics degrade. Nobody claims that CCU can solve climate change on its own – but it could help to make a better economic case for improved capture technology.

Many economists believe that a global carbon price would probably be the most effective way to enforce CO2 reductions. By setting a global minimum tax on CO2 emissions, industries would have a clear incentive to invest in technologies like CCU and CCS.

Whether a global tax will ever be politically acceptable remains to be seen. Although the idea got short shrift at the 2009 Copenhagen climate summit, it is notable that China (which emits about one-quarter of the world’s CO2) recently announced plans to set a price on carbon through a national emissions trading scheme from 2017.

Ultimately, the promise of technologies such as CCU and CCS should not stop us from using the tools that are already at our disposal: taxes, and the power of the market.