Why do we bother with melting point measurements?

I wandered into our teaching lab the other day and found some students complaining about measuring melting temperatures. Wasn’t it just mindless stamp-collecting? It got me thinking about the heroic nature of the chemical enterprise and what an extraordinary intellectual quest chemistry has been, one that few people stop to think about. 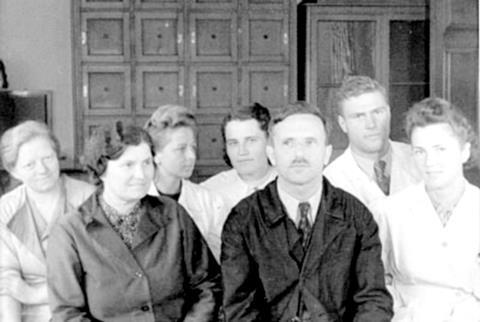 You have to marvel at the fact that most of our ideas about the structure and connectivity of organic molecules predate any form of spectroscopy – all the work was done with nothing more than the ability to determine composition and purity. And for all the technical mastery required for synthesis and purification, melting temperatures came to be a cornerstone in the arguments presented by chemists.

French chemist Michel Chevreul was one of the first to report melting temperatures. In 1823 he published a 500 page tome detailing the extraction, purification and saponification of fats from every animal he could lay his hands on – humans, cows, goats, pigs, seals, dolphins – even jaguars. For every fat and fatty acid he isolated, he reported melting temperature and elemental analysis as well as smell and taste. In a pre-instrumental age, chemistry – while increasingly quantitative – was still a sensory quest.

Melting temperatures soon became standard characterisation data, but it was Francois-Marie Raoult’s law, published in 1887, that provided the rationale for why they mattered: impurities must lower the melting temperature, so comparison with a standard value was a key criterion of purity. Methods for determining the melting temperature, such as the Johannes Thiele’s tubes, burgeoned. But Raoult’s law also provided a method for establishing molecular weights by measuring the melting temperatures of solutions. Using Ernst Beckmann’s ultra-precise differential thermometer, cryoscopic measurements (often using the conveniently melting benzene) allowed molecular formulas to be established to remarkable precision. This would be developed further by Karl Rast who introduced the idea of using sharp-melting camphor as the medium for melting point determination.

But these kinds of measurements were hard to do with tiny quantities of natural products; new approaches were needed. A new movement spearheaded by Friedrich Emich in Graz, Austria, began to scale down and miniaturise the techniques for isolation, characterisation, and analysis.

The Koflers developed numerous instruments and techniques for measuring melting points on small scale and with great precision, including the gradient-heated ‘hotbench’

In Austria the son of a pharmacist, Ludwig Kofler – steeped in his father’s trade but determined not to follow in the family tradition – went to university to study pharmacy and botany. After a stint as an army pharmacist during the first world war he returned to university to study medicine. There he met Adelheid Schaszek who had moved from mineralogy to medical school. He was appointed to the faculty of pharmacy in Graz and they began to work in parallel, she on alkaloids, he on saponins. Together they made a formidable team. The small quantities involved may have drawn them to using microscopes, and perhaps it was Adelheid’s background in mineralogy that led them to looking ever more closely at the crystals. Although they didn’t always publish together, it is clear that theirs was a tight scientific partnership.

In 1931 Ludwig published a new way to measure melting points – he designed an electrically heated stage that allowed individual crystals to be observed under a microscope as they melted. Between crossed polarisers the birefringence of the crystals revealed complex thermal phenomena, difficult or impossible to see in capillaries. Crystals exploded as water of crystallisation was released. Sublimation caused crystals to shrink and move. Phase transitions between polymorphs were instantly visible.

Ludwig next reported a method for determining refractive index using his hot stage: the unknown would be mixed with a few fragments of one of 23 different grades of glass; these vanished when the refractive index of glass and melt matched. Developing these ideas further, the Koflers devised a microscale version of the Rast molecular weight method, with camphor and the unknown together on the heated stage. Then Adelheid put two substances side-by-side on the stage and could both watch them melt separately and observe their interaction at the interface. This led to studies of co-crystals and eutectics. Photomicrographs illustrate these magnificent papers.

When Germany annexed Austria, Ludwig joined the Nazi party and became a member of the SS. Was this deeply held political belief or expediency? Whatever it was, he continued to publish through the second world war. The Koflers by then had three children – Adelheid must have done much of the childcare because Ludwig cranked out research while also becoming dean of his faculty, and later rector of the university. He was also an extremely popular and passionate lecturer, able to draw on his experience in his father’s herb garden, his medical training, as well as his deep chemical knowledge.

After the war he was debriefed by the Allies and allowed to go back to work. He wanted a faster way to determine melting temperatures that he saw as critical to understanding organic substances properly. With his son Walter, Ludwig developed a brilliantly simple method. The ‘hotbench’ is a metal block heated at one end such that the temperature decreases linearly along its length. With a chromed (or platinised!) surface, a few crystals can be sprinkled on the surface and the precise boundary between the melt and the solid can be identified using a moving pointer attached to a scale.

There were at least four in the lab when I started at UCL, robust and intuitively obvious in operation. But after concerns were raised about students touching the hot surface and (more seriously) about inhalation of sublimates, they vanished, replaced with capillary heating blocks that take an age to cool. With the passing of Kofler (he committed suicide in 1951) and his hotbench, perhaps the last sensory corner of chemistry was extinguished, leaving only abstract squiggles from our now-pervasive ’ometers.