In traditional warfare, you try to make holes in the opposition 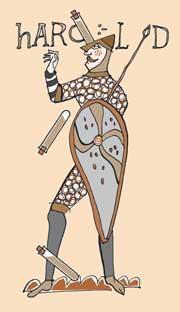 In traditional warfare, you try to make holes in the opposition. The idea began with axes and swords, and progressed to missiles such as arrows. Then chemistry came in, with gunpowder as a key agent. Bullets and shell fragments could make holes in the opposition at ever greater ranges. But military men still disliked chemistry as such. The feeling was mutual. When in the 19th century the British Government invited Humphry Davy (an expert on chlorine) to invent a chemical assault, Davy felt that it was possible. But he saw it as highly immoral, and would have nothing to do with it. Victorian wars continued to punch holes in people.

Only in 1914, with the first World War, did the German chemist Haber develop chlorine gas as a weapon. If handled resolutely and at once, it might have won that war. It wasn’t and didn’t. World War 1 became a ’chemist’s war’, a race between the devisers of offensive chemicals and the devisers of protective measures such as gas-masks. Later, the novelist ’Sapper’ (the pseudonym of H C McNeile) made one character say ’Thank heavens there are still rifles in this world of beastly chemicals’ - which may have been McNeile’s honest opinion, too. But the pugnacious and anti-authoritarian biochemist J B S Haldane claimed that the mustard gas of World War 1 was by far the most humane weapon ever invented. A high proportion of its victims ultimately recovered.

By contrast, World War 2 was a ’physicist’s war’ and chemical weapons were not used. Both sides knew about the extremely deadly organophosphorus ’nerve gases’, but did not deploy them in the fight. Only later did the military begin to explore nerve gases as weapons. Nerve gases pose terrible dangers to their users, too. One answer is to make them just before use. In a ’binary weapon’ the reagents are mixed at the last possible moment, as the missile containing them is fired. Thus the American ’bigeye’ bomb has a forward canister containing methylphosphonic difluoride. The rear canister contains isopropyl alcohol and isopropylamine. The two only mix when the bomb is launched. Then they generate the nerve gas Sarin. One chemical lecturer, describing the chemistry of the weapon, denounced it to his students as an outrage of chemical knowledge.

So it is interesting that nature invented binary weapons first. The mammalian body is always on guard against bacterial invaders. It deploys a fearful chemical weapon, the radical OH

, which reacts pretty much instantly with pretty much everything. It is far too deadly for any defence cell to carry around and squirt at an invader. The OH

would attack the defence cell that carried it. So the body deploys it as a binary weapon. The defence cell generates two precursors on different parts of its surface. They diffuse together to generate the deadly OH

radical in the Haber-Weiss reaction:

By the time the reagents have diffused together, the defender has got away, and the invader alone is assaulted by the deadly OH

Intriguingly, nature’s war-mongers also fight by making holes in each other. Antibiotics, for example, work because they make it hard for a dividing cell to build and seal two new bits of cell wall. Meanwhile, the disease-causing bacterium Staphylococcus aureus  works by generating a protein that gets into a mammalian cell wall, as proteins do. Cunningly, however, this protein molecule, alpha-hemolysin, has a hole in it. The contents of the attacked cell leak out, and it dies.

So far no chemical weapon, and no drug that I am aware of, uses this particular way of making a hole in a cell. But biochemists are working on it - Normand Voyer’s group at the University of Laval, Quebec, for example, have made peptide nanostructures that puncture cancer cell membranes. If nature can do it, we can too...