The potential of promiscuity 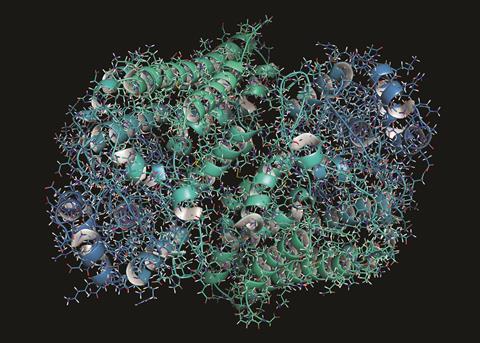 Strictly speaking promiscuity is frowned upon – but not if you’re an enzyme. Textbooks typically describe enzymes as being specific, yet enzymes can often catalyse several other reactions unrelated to their usual physiological function, just at lower rates. A single mutation can be enough to promote these accidental chemical transformations up the pecking order. No one recognised the potential of enzyme promiscuity better than the 2018 chemistry Nobel laureate Frances Arnold. She is the best enzyme wrangler around when it comes to getting them to stray from their natural path.

‘The idea came out of desperation, because nothing else worked,’ Arnold said in the Caltech press conference on the day she won the Nobel prize. In the same press conference, Caltech provost David Tirrell explained ‘when Frances began working in this field nearly 30 years ago, the dominant view was the improved understanding of enzyme structure and function would lead to rational design rules for the engineering of new catalytic activity. Frances took a different approach.’ She realised that designing a biomimetic catalyst from scratch, with the stability and specificity to be properly useful, is nigh on impossible. Arnold’s directed evolution strategy comes in after nature has already done much of the heavy lifting. It’s ingenious. Why try to duplicate what millions of years of evolution have honed to create a stable three-dimensional protein structure when you don’t have to?

Emma Stoye’s feature details Arnold’s work, as well as that of the other 2018 chemistry Nobel prize winners George Smith and Greg Winter. What’s significant about this year’s prize is that phage display, an established process with a proven benefit to humanity, sits alongside a concept whose societal impact remains unclear. Directed evolution of enzymes has certainly advanced science. But flagging the strategy with a Nobel before it is even close to reaching its peak is a bold and admirable move – a rallying cry for more researchers to use it to tackle problems threatening humanity’s precarious existence on planet Earth.