Life as a chemical reaction

Science has created life for 100 years – but where can it lead us?

‘It’s alive!’ That famous cry of Colin Clive playing Henry Frankenstein – never voiced by Mary Shelley’s protagonist Victor 200 years ago, but emblematic of James Whale’s movie version in 1931 – might just as well have issued from the lips of German marine biologist Jacques Loeb at the end of the 19th century, who was attributed with the creation of life. Here’s Loeb in classic mad-scientist mode speaking to McClure’s magazine in 1902: ‘I wanted to take life in my hands and play with it, I wanted to handle it in my laboratory as I would any other chemical reaction – to start it, stop it, vary it, study it under every condition, to direct it at my will!’ 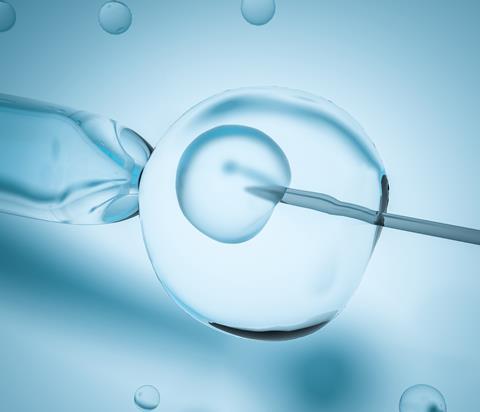 Cue Clive’s wide-eyed stare. The Boston Herald announced Loeb’s achievements in 1899 with the claim that ‘lower animals [have been] produced by chemical means’. Scientific American was explicit about the comparison with Shelley’s anti-hero, titling a 1909 article on Loeb ‘The achievements of the scientific Frankenstein.’ There was a hubristic whiff of impiety in Cosmopolitan’s description of his work when it spoke of ‘prying into nature’s secrets’.

What on earth had Loeb done to warrant this? Not much. Working at the marine biology labs in Woods Hole, US, he had shown that the development of sea urchin eggs could be triggered by the chemical action of simple salts such as sodium and magnesium chlorides, rather than by fertilisation with sperm. This was artificially-induced parthenogenesis.

Without a doubt it was a striking discovery. As historian Philip Pauly puts it, the result ‘represented an attack on the privileged status of natural modes of reproduction’. You could say that it replaced biology with chemistry, thereby encouraging the idea that the former could be reduced to the latter. We might find that an unexceptional notion in the era of molecular biology, but at the end of the 19th century it was far from clear how, or if, the two subjects intersected.

For Loeb the discovery vindicated his idea that life could be understood – and manipulated – using engineering principles, a view he outlined in his 1912 book The mechanistic conception of life. Others were skeptical, even satirical. The zoologist Camille Viguier joked that Loeb’s sea-urchin progeny were ‘chemical citizens, the son of madame Sea-Urchin and monsieur Magnesium Chloride’. Others remarked that this propensity of salt might deter ‘maiden ladies’ from bathing in the sea. The Boston Herald could not resist suggesting (without cause) that Loeb’s process ‘may apply to human species’, adding that thereby the ‘Immaculate Conception [is] explained.’

Silly hyperbole? Skip forward to 2003, and here’s a headline in New Scientist: ‘“Virgin birth” method promises ethical stem cells’. The article discusses research1 demonstrating that parthenogenesis can be induced in human eggs by a simple chemical stimulus using the compound called calcium ionophore. The resulting embryos, lacking the genes from sperm that promote full development, can’t grow beyond the blastocyst stage that they reach in a few days. But that’s far enough to produce embryonic stem cells that can be harvested for research and medicine – without the ethical quandaries presented by taking stem cells from human embryos discarded in IVF.

The method had already been known to work in other animals, including mice and monkeys, but it had hitherto failed in humans. Some vertebrates, such as certain lizards, reproduce naturally by parthenogenesis – but not mammals.

There’s more, though, because chemical parthenogenesis might have a real role in research on assisted reproduction.2 Sure, you can never get a baby this way, but the knowledge gained from studying early-stage embryogenesis could feed back into improvements in treatments for infertility.

Can’t you make parthenogenic babies, though? While eggs chemically triggered to develop don’t have what it takes to make a viable embryo, it’s a different story if the egg has been given the chromosomes of a cell from a more mature organism, through the technique of somatic-cell nuclear transfer used in cloning. This was how Chinese scientists in Shanghai recently managed to clone macaque monkeys3 – the first cloning of primates. After nuclear transfer, the researchers used a chemical stimulus to trigger growth of the embryos that developed to full term and produced live births.

Surprisingly simple chemistry can induce other profound changes in cells too. Small molecules, identified by screening, have been used to switch differentiated cells directly from one tissue type to another – cardiac fibroblasts to muscle, say – both outside and inside the body.4 Such cell reprogramming is more typically done using protein transcription factors to ‘persuade’ the cells to adopt a new identity – but synthetic molecules can work too.

All this reinforces the claim in a 1912 Cosmopolitan article inspired by Loeb’s work: ‘Life is a chemical reaction.’ But that idea unsettled some readers as much as did the materialism hinted at in Frankenstein. The same question was left hanging in both cases, as the article went on, a little crudely, to say: ‘If man can lump together sand and salt and by pouring water on them create life, what becomes of the soul?’