Charging ahead with protein separation 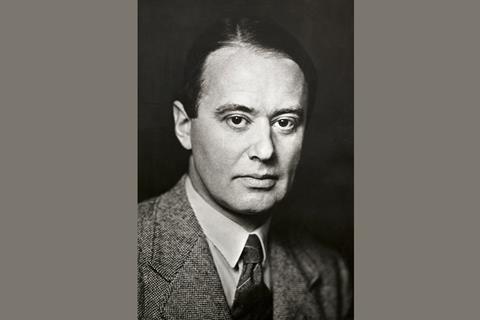 The German language has the wonderful if quaint word ‘doctor-father’ (or increasingly doctor-mother) to refer to one’s research supervisor. By extension one’s lab mates are your doctor brothers and sisters. It is a phrase that nicely describes the relationship between a student and their mentor, a relationship that can be blissful or filled with tension. Among the former is the story of Arne Tiselius, whose entire doctor-family devoted their work to inventing tools for separating large molecules. In so doing, they transformed biological chemistry.

Tiselius, whose father died when he was four, studied chemistry at the University of Uppsala. When he graduated in 1925, he found a position as a research assistant with the most exciting scientist in Sweden, Thé Svedberg (Chemistry World, June 2019, p70). A physicist with a strong biological bent, Svedberg was convinced that the macromolecules of the cell held the key to understanding biology. He had carried out the first experiments towards separating the components of cells by ultracentrifugation. The result implied that far from being just ‘colloids’ whose nature seemed formless and diffuse, the components of cells were molecules. Big ones.

Tiselius initially looked after Svedberg’s ultracentrifuges during overnight experiments, sleeping in the centrifuge room, his ear cocked to the slightest change in the soundscape. He then helped to apply Töpler’s schlieren methods (Chemistry World­, January 2011, p68) to image the bands of molecules as they separated in the centrifuge tubes.

At the same time, however, Svedberg had started to consider using the charges on proteins as a means of separation. Some 70 years earlier Kohlrausch and Hittorf had shown that ions in solution moved at different speeds under the influence of an electric field. They developed the idea of the transport number – the fraction of the current carried by the various ions in the solution. The transport number depended on the charge but also on the hydrodynamic radius, a measure of the size of the solvation shell that each ion carried with it as it moved.

At the British Association meeting in Aberdeen in 1887, the physicist Oliver Lodge (a brilliant scientist and prolific populariser of science who is today remembered in part because, in his grief at losing his son, he became convinced that the burgeoning swarm of newly discovered invisible rays might provide a route to communicating with the spirit world) reported a cunning method for observing the movement of ions. He connected two beakers, each one containing a salt and an electrode, by means of a curved water-filled tube. Coloured ions like permanganate could be seen to move from one side to the other and their speed related to the transport number.

In 1892, William Dampier developed this by using a U-tube containing two solutions of different densities. When a voltage was applied across the two ends of the tube the ions would move – and with them, the boundary between the solutions.

On sabbatical in Wisconsin, US, Svedberg did some preliminary experiments using Dampier’s U-tubes. But with his attention focused on centrifuges, on his return to Uppsala he handed the project to Tiselius. 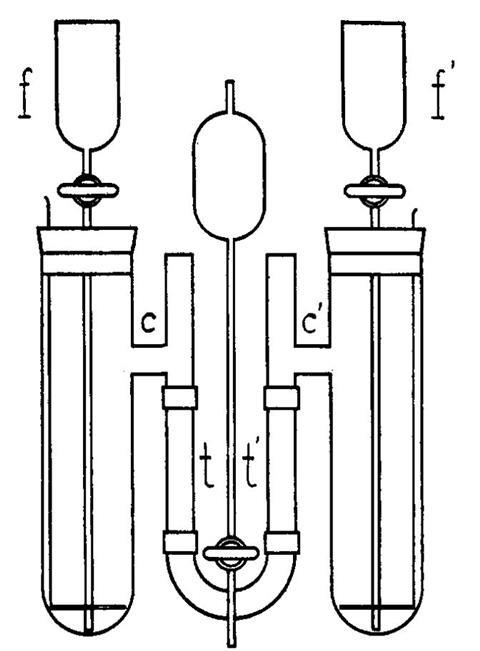 Tiselius used zinc electrodes in two chambers filled with saturated zinc sulfate and linked by a quartz U-tube containing a buffer solution with the proteins. Storage batteries delivering 50V established a gradient of 1V/cm across the system. The movement of the boundary between the solutions could be photographed by shining a carefully filtered UV light through the tube. When the boundary had moved a certain distance, the voltage could be reversed, allowing the movement to be measured again in the opposite direction. It worked well, but it was not obvious where this would lead.

Tiselius wrote up his thesis and then looked for an academic job. With nothing biochemical on the horizon, he accepted a professorship in inorganic chemistry at Uppsala. He used zeolites, porous aluminosilicate frameworks, to try to separate proteins by size. But an academic visit to Princeton in the US made him realise that there was huge interest in his electrophoresis work. 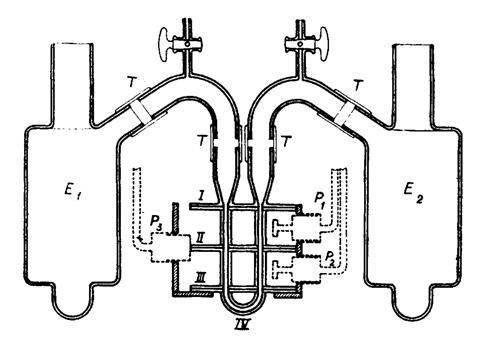 Back in Sweden Tiselius refined the method, using narrower capillaries and less conducting buffers to allow higher voltage gradients. Operating at 4˚C, where the density of water peaks, minimised convection currents. At the appropriate pH, blood serum proteins that moved as one in a centrifuge separated spectacularly in the electric field, revealing four unexpected components, one of which consisted of the antibodies. The separation was visualised by schlieren methods as a series of stripes on a photographic plate. It marked the beginning of a new era of separation. Yet the paper was rejected by a biochemistry journal for being ‘too physical’.

A decade later one of Tiselius’ students introduced the idea of doing electrophoresis in an agarose gel, eliminating convection currents and the U-tube altogether.

The outbreak of world war two led Tiselius to change his focus. He was asked to investigate methods of freeze drying blood plasma for storage; he also returned to adsorption as a way of separating proteins exploring porous charcoal. At the same time he was commissioned to investigate a slimy polysaccharide that blocked the filters of sugar beet extractors. Finding that the polysaccharide, dextran, was immunologically inert, he proposed that it might be used as a plasma substitute in emergencies. Today it is widely used to prevent blood clots. But when two of his students found that they could crosslink dextran to different degrees, they also found a way to separate molecules by size. Now known as Sephadex, it is the leading stationary phase for size exclusion or gel permeation chromatography.

Tiselius was a brilliant experimenter and scientist. But he also had the benefit of a wonderful doctor-father who supported his development gave him appropriate challenges and then let him go off on his own to make his own luck. How many academics have that level of skill, maturity and emotional intelligence?