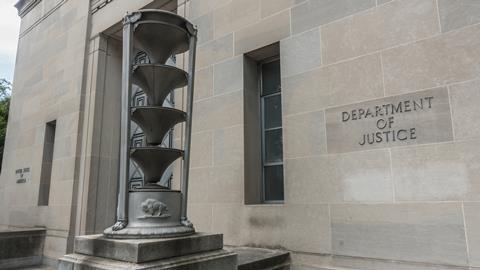 What next for the US’s China Initiative after the case against MIT’s Gang Chen falls apart?

It’s been a wild ride recently for those following the US government’s China Initiative, instituted by the former Trump administration’s Department of Justice (DOJ) in 2018 to crack down on economic espionage and trade secret theft by China. Those following the saga can be forgiven for developing whiplash from the abrupt twists and turns.

Right before Christmas, Harvard’s former chemistry department chair, Charles Lieber, became the highest-profile academic convicted under the China Initiative. A jury found him guilty of not reporting ties to, and research funding from, China. The 62-year-old faces up to 26 years in prison and steep fines, on top of massive legal bills. Whatever the sentencing outcome, his late-stage lymphoma means there’s a good chance it’ll be life for Lieber.

The case against him was strong because he was caught on tape essentially admitting to misleading FBI agents, accepting large payments from a Chinese university and keeping a secret Chinese bank account. Nevertheless, Lieber’s supporters say he was only guilty of failing to fill out the correct forms. Indeed, he was not convicted of spying or stealing trade secrets.

Five similar research integrity cases are expected go to trial this year in the US. Gang Chen – a Chinese-born researcher who heads the Massachusetts Institute of Technology’s nanoengineering lab – was next in line. But on 20 January federal prosecutors dropped the charges against him, saying that the case collapsed amid new information about Chen’s alleged omissions in the context of the grant review process.

This all follows the September acquittal of University of Tennessee (UT) nanotechnologist Anming Hu, the first academic tried under the China Initiative. Hu, born in China, had worked for UT more than six years when he was arrested in February 2020. He was fired and suspended without pay, but the university reportedly offered him his job back after the acquittal.

Although this drama has played out in the US, the underlying issues affect researchers everywhere. Whether Lieber or any of the other accused scientists committed administrative oversight or deliberate deception, it’s clear that the reporting rules for researchers need clarification and tightening.

The good news is that earlier this month President Biden directed his research agencies to rapidly develop interchangeable grant applications. This ensures that the government clearly describes what it needs to know, and it streamlines how researchers report this information. That’s a step in the right direction.

Meanwhile, there remains a question mark around the China Initiative’s future. The DOJ is under intense pressure – more than 2600 US faculty and over 200 US universities have so far signed a Stanford university letter urging US attorney general Merrick Garland to cancel the programme. They say it constitutes racial profiling, creates a hostile environment for Chinese scientists and keeps foreign talent away. They’re not wrong.

Garland has yet to respond, but he recently told Congress that China represents ‘an extraordinarily serious and aggressive threat to our intellectual property, to our universities’. Watch this space.