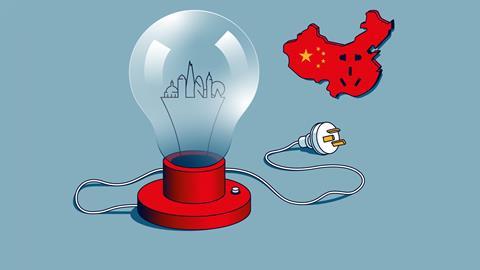 What next for scientific collaboration as stand-off between China and the west heats up?

Governments around the world – led by the US – are moving to restrict and control academic collaborations with China. What will this mean for research groups and universities on both sides?

The latest in the clampdown on links with China is the closure of two major research centres involving Imperial College London and Chinese companies linked to the nation’s defence industry after the UK government denied permission for work to continue. The move follows warnings from the FBI and MI5 in July that China was involved in economic espionage and presented ‘the biggest long-term threat’ to economic and national security.

How times have changed. Back in 2012, Chinese investment in UK universities was encouraged and welcomed. Now, academic partnerships particularly those involving ‘dual-use’ technologies – which have civilian uses, but also potential military applications – have fallen from favour. The Avic Centre – a collaboration between Imperial and the Aviation Industry Corporation of China – was set up to advance aerospace structural design and manufacturing, while the second centre, involving Imperial and the Beijing Institute of Aeronautical Materials, focused on materials characterisation, processing and modelling.

‘Over the last few years and accelerated by the Covid-19 pandemic, the UK, the EU and the US have increasingly framed cooperation with China on science and technology within the language of national security and geopolitical competition,’ comments Lukas Fiala, China foresight project coordinator at the London School of Economics. ‘As China is increasingly seen as a competitor in Washington and western European capitals, many have argued for greater oversight and transparency in research partnerships with China – not least to curtail involvement with state-owned capital and Chinese institutions linked to the Chinese military.’

However, Fiala points to a recent study by the research organisation Rand that shows UK academics largely speak in positive terms about their Chinese partners. ‘This suggests science communities are resisting the pressure to decouple from China to a certain degree. Nevertheless, while engagement with China may vary across different disciplines, examples such as Imperial’s collaboration with Avic demonstrate that research organisations are adjusting certain elements of their engagement.’

Rand’s report, which surveyed more than 80 researchers, notes the UK and Chinese research ecosystems have become increasingly integrated since the 2000s, particularly in technology-based disciplines, such as synthetic biology, advanced materials, energy and engineering. However, while it notes that transfer of dual-use technologies to the Chinese military ‘has dominated the media’, only a minority of those surveyed experienced this issue.

The report finds clear indications of a decline in UK–China research collaboration starting in 2019, and describes the challenges UK academics face when conducting research in China, including difficulties securing funding and the shrinking research space in China. It also notes how UK research organisations have sought to mitigate potential risk but, in some cases, have had to disengage with China.

Decoupling from China: the impact on the west

‘China scepticism’ is now growing dramatically in western countries – after being significant for some time in the US – and it will have major implications for scientific development and global higher education, says Philip Altbach, distinguished fellow at the Center for International Higher Education (CIHE), Boston College. This ‘scepticism’ follows China’s increasingly restrictive national and assertive geopolitical policies illustrated by draconian Covid-19 policies, repression of the Uyghur people and its actions in Hong Kong.

The US has led the way, clearly setting out to ‘counter China’ in the recently passed Chips Act, which provided $280 billion (£250 billion) for the US technology industry. Researchers are not allowed to collaborate with China when applying for grants from the $52 billion research fund.

Another sign of ‘scepticism’ is the declining popularity of Confucius Institutes in the US. These were set up on university campuses around the world to promote Chinese culture and language by China’s government. According to the US National Association of Scholars (Nas), Confucius Institutes began closing after concerns that they were a risk to US national security. Nas says there are 18 left in the US – from around 120 at the height of their popularity – with four more scheduled to close.

‘US sanctions and worsening UK and EU relations are already creating barriers to scientific collaboration with China,’ says Adrian Ely, reader in technology and sustainability at the Science Policy Research Unit at the University of Sussex. ‘Some of these result from export controls on lab equipment, whilst others are more subtle and relate to changing funding conditions or legal/political constraints around information sharing on both sides.’

It’s clear from our research, says Altbach, who has studied this issue with Hans de Wit of the CIHE, that the higher education and research sectors in the west will face problems because of the ‘decoupling’ of collaborative links – some of which were made over 50 years ago. Altbach and de Wit believe one consequence of this decoupling is likely to be fewer Chinese students – or at least a levelling-off of numbers. They predict a gradual decline with the impact varying by country and type of institution. In particular, there may be significant consequences at the graduate and doctoral level, where large numbers of Chinese students have excelled.

‘One of the tragedies is that the trusted relationships researchers have built up over decades are now being disrupted by changing national policies,’ says Ely. ‘It will take a long time for these relationships and collaboration networks to be rebuilt.’ However, he adds that some would see any de-linking of academic research from military applications as a positive step, whether China is involved or not.

Where does this leave China?

For China, the impact of decoupling will also be significant, says Altbach. Even though the country boasts world class universities, innovation lags western institutions. China will start to lose the benefits of international collaboration as academic contacts are lost and fewer Chinese students study abroad. Altbach and de Wit also think the future of western university campuses in China will become uncertain and fewer western academics will be willing to work there. In the years ahead, as China’s isolation increases and academic freedom declines, R&D in China will face significant disadvantages from no longer fully participating in global knowledge networks, Altbach concludes.

Ely agrees. ‘China has been trying to build its independent science, research and innovation capabilities for decades. Its ability to “go it alone” – or alongside a smaller group of collaborating countries – remains to be seen, but it will vary greatly across different research areas. The whole idea of “decoupling” is bad news, both from the point of view of scientific research and from an international relations perspective. It’s especially worrying regarding collaboration around shared challenges such as climate change.’

In recent decades China’s economy and innovation capacity have benefited tremendously from opening up to the outside world, says Fiala. Yet, Fiala points out that recent trends to cordon off ties to China across Europe and the US have also been met by similar policies from China. The 14th five-year plan and President Xi Jinping’s new dual circulation policy to boost domestic demand and export markets both aim to achieve greater self-reliance in key technology sectors, so this is something that China is planning for, he says.

Chinese academics are aware of the implications, he says. ‘A report published earlier this year by Professor Wang Jisi, one of China’s most reputable academics and political commentators at Peking University, argued that while both the US and China will feel the impact of decoupling, China will likely face greater costs than the US,’ Fiala points out. ‘The report was removed online a few days later, suggesting that these talking points are not particularly popular in Beijing from a political perspective.’

More insight from inside China comes from a recent speech by Zhang Yuzhuo, party branch secretary of the China Association of Science and Technology (Cast). Cast is China’s umbrella professional association for scientists, and maintains the Chinese Communist Party’s presence in China’s Stem sectors, explains Jordan Schneider, adjunct fellow at the Center for a New American Security, who helped translate the speech. He called it ‘a rare peek’ into Chinese science and technology leadership, and wrote that the speech shows that China is worried about the future of its science and technology sector.

Schneider summarised three key takeaways: US ‘containment’ is having real impacts, outdated systems are hampering China’s innovation but that could change and China is pro-global exchange so long as politics can be kept out of it.

Zhang acknowledges that US efforts to contain China are damaging the country on several fronts. There’s ‘precise containment’ such as targeted moves like export controls, and changes to R&D funding that have boosted US competitiveness like the Chips Act. He also thinks US policies are helping it attract the best global talent as China gets gradually excluded from the global science and technology community. China is also concerned that closer US–EU links are leaving China more isolated.

But Zhang also talks of a ‘moral’ containment, when describing the US’s decision to ‘politicise’ science and technology by linking it with democracy and human rights. He says China’s international reputation is being damaged because the US encourages other countries to associate China with negative issues such as authoritarianism and the theft of intellectual property.

Racial stereotypes have latched themselves onto geopolitical narratives in the past

However, Zhang doesn’t only blame the US. He acknowledges China’s science and technology record falls short in several areas, noting, for example, how original breakthroughs are rare, corporate leadership in innovation is lacking and links between industry and academia are weak. He accepts that academia needs to reform so that regional inequalities and cumbersome internal governance structures don’t continue to hurt innovation. Part of his solution is to strengthen national grassroots science and technology organisations. But he notes that China’s scientific community is keen on the free flow of students and researchers, and sees key areas for collaboration through, for example, UN sustainable development goals and environmental initiatives. China also plans to encourage more journals and international organisations to be based in China. As Schneider writes, ‘all these things are in Cast’s wheelhouse … this speech should be read partially as Cast [promoting itself]’.

Is it inevitable that science has become a matter of politics? ‘Science has long been based on collaboration across borders and has a perhaps unique ability to depoliticise international cooperation, at least to some degree,’ says Fiala. ‘In the current geopolitical climate of competition, it has become harder to maintain these collaborative aspects.’

Fiala acknowledges that there are ‘important and reasonable arguments’ for retaining the west’s competitive edge in certain critical and emerging technologies and for conducting proper due diligence before engaging in international collaboration. However, he says that these arguments should be balanced against a realistic assessment of areas where the west needs to work with Beijing such as climate change or global economic governance reform. ‘Exchanges between researchers can be key to foster dialogue and further mutual understanding, but governments need to provide clear, transparent and practical frameworks to support and evaluate such activities. Most importantly, we must avoid and counter xenophobia. Racial stereotypes have latched themselves onto geopolitical narratives in the past. It is critical to apply nuance when evaluating Chinese contributions to our research communities and to avoid simple generalisations and stereotypes.’