When regulatory cooperation goes too far, we all lose 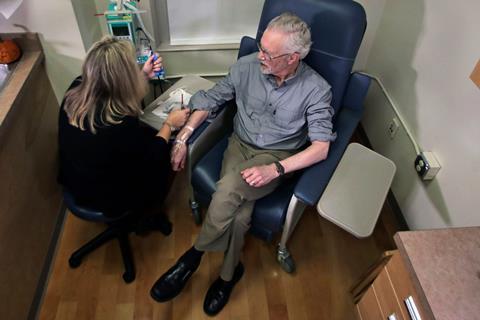 Trials of Biogen’s Aduhelm were stopped early as the drug appeared to have no effect, until later sub-group analysis showed some small potential benefits. Confirmatory trials should reveal whether these were real

Pharmaceutical regulators took more risks in 2021 than perhaps they normally might. The pandemic provided intense pressure to make Covid-19 vaccines, antibodies and antivirals available to clamouring patient populations as rapidly as possible, while upholding standards of safety and effectiveness. The result is a triumphant display of what’s possible when companies and regulators work flexibly and cooperate within the bounds of professional distance.

The decisions were definitely expedited, and that fact was distorted by anti-vaccine campaigners seeking to sow doubt. But the decisions were generally backed by solid evidence and independent scientific advice. The same cannot be said of the US Food and Drug Administration’s (FDA) approval of an antibody to treat Alzheimer’s disease in June.

Biogen’s Aduhelm (aducanumab) was approved based on clinical trial data that could be optimistically described as flimsy. The FDA’s advisory committee voted overwhelmingly against approval. But the agency – which is not obliged to follow the committee’s advice – pushed ahead anyway (admittedly with a requirement for the company to continue trials to prove whether it really does work or not). That decision led three committee members to resign. Acting FDA commissioner Janet Woodcock has also now called for an independent investigation of the relationships between Biogen executives and FDA staff during the submission process.

It seems few physicians are convinced by Biogen’s arguments, as sales of the drug have been slow. Reports have also emerged of possible serious side effects, including one death potentially linked to the drug. The European Medicines Agency’s (EMA) advisory committee has voted against approving aducanumab. The EMA has not yet released its final decision, but it is widely expected to decline approval.

One problem is the difficulty of proving a drug is effective at treating the slow cognitive decline of Alzheimer’s through clinical trials. Hence the FDA’s requirement for further data post-marketing. But such requirements are notorious for being poorly enforced, with companies allowed to drag their heels and procrastinate with little or no consequence. Sarepta’s Exondys 51 (eteplirsen), for example, was (somewhat controversially) approved to treat Duchenne muscular dystrophy in 2016. But the confirmational trials stipulated by the FDA were not even begun until four years later. While there were surely technical intricacies in trial design to work out, this delay was cited as a contributing factor when the FDA initially refused approval for Sarepta’s follow-up drug Vysondys 53 (golodirsen). Sarepta appealed, and Vysondys 53 was eventually approved. The company also says that the required confirmatory trials for Vysondys 53 and its third drug, Amondys 45 (casimersen) were initiated more promptly. Biogen has said it intends to submit protocols for its confirmatory trials to the FDA in March 2022, with the studies aiming for completion in 2026.

Surely if this is to be a valid process for bringing drugs to the market – drugs that are desperately needed – then our regulators owe it to themselves and to patients to ensure that their decisions are revisited promptly and rigorously.

Ed: This article was updated on 20 December to clarify some aspects around Sarepta’s confirmatory trials.