Long words on food labels scare people. It’s a virtually universal fear, borne of our intimate connection to the food we eat. Food has access to our insides; it ducks past what the general public perceive to be our body’s last lines of defence. If an ingredient is rumoured to be detrimental to our health, even the most informed, logical thinkers have a hard time ignoring the gnawing paranoia that ensues. This means that being able to find concrete, objective evidence of an ingredient’s contribution to our health (or otherwise) would be extremely helpful in making educated eating decisions. 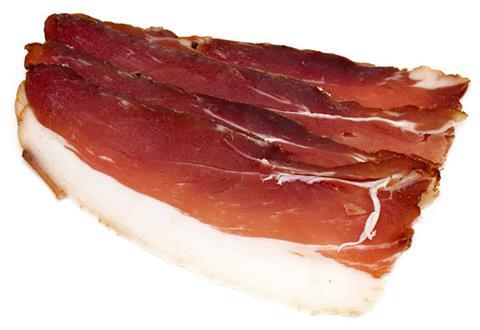 Unfortunately, nutrition science is a field fraught with unique challenges. Even the most controlled, replicable laboratory assay can yield shaky data, and the idea that a population study could predict how both my 70 year old Turkish neighbour and I would metabolise even the simplest meal is crazy. This lack of tangible, dependable guidance has left us stuck in a cycle of deifying and demonising ingredients, especially those we consider to be ‘additives’, as we struggle to test one nebulous hypothesis after another.

The refined, purified ingredients that are often considered to be additives came about as a way to make commercial-scale food production more consistent. They help us precisely control the texture, colour, flavour and safety of our food. But the chemistry behind these ingredients is often ignored by the general public, who instead focus on the concerns raised – no matter how scientifically unjustified they actually are. To solve this crisis, the food industry has reverted its focus back to whole ingredients. For centuries, chefs have leveraged the inherent functional properties of whole ingredients to create a dazzling array of preparations; now major food processors are also getting back to basics.

A matter of preservation

Of all of the additives used in food production, the most controversial are preservatives. They present an interesting paradox: to improve food safety, we add substances to our food whose sole purpose is to discourage the fundamental processes of life that allow bacteria or fungi to thrive… and then worry if these safeguards are safe themselves. 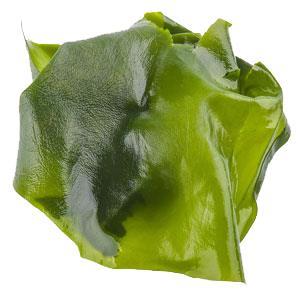 Seaweed can be eaten as a high-protein snack food, and used as a thickening and binding agent

Some of the most talked-about preservatives are nitrates and nitrites. Used as curing salts, these compounds inhibit cellular energy manufacture in microorganisms – most importantly in Clostridium botulinum, the deadly spectre whose shadow hangs over most preserved foods. They also give rise to the rosy colour and characteristic flavour of cured meats such as bacon and salumi. Recently, nitrates and nitrites have been linked to the formation of potentially carcinogenic nitrosamines in meat products. Faced with increasing pressure from consumers to create healthier products without sacrificing flavour, the bacon and sausage industry has found salvation in the most unlikely place imaginable: celery. Celery naturally contains elevated levels of nitrates, and using celery juice or celery juice powder provides the same functionality as refined curing salts while looking more wholesome on a label. Indeed, the nitrates found in celery powder are chemically identical to those used as additives; it’s just a matter of perception.

While less controversial than preservatives, texture-altering polysaccharides – whose long, noodle-like structures are perfectly suited for corralling and manipulating water – have come under fire as well. Fortunately, most polysaccharide food additives come from algae, seeds, nuts and fruits, and we have started to devise techniques to use these foods in our cooking. Thickening and gelling agents like carrageenan and agar, for example, were first discovered in seaweeds that were used in recipes for traditional beverages and desserts in the Caribbean and east Asia. Seaweed itself is now gaining popularity as an antioxidant-rich, high-protein snack food, and is being used in everything from protein bars to kombucha tea as a thickening and binding agent.

Flavour of the month

Flavouring agents are another source of controversy in the food additive world, and none more so than monosodium glutamate (MSG). MSG was discovered in 1907 by Japanese chemist Kikunae Ikeda, who found that glutamate was responsible for the deep, craveable savoury umami flavour. After almost 50 years of manufacture as Aji-no-moto (‘essence of taste’), fears arose over the safety of MSG in the 1960s, with inconclusive experimental findings and xenophobia linking the additive to symptoms such as headaches. 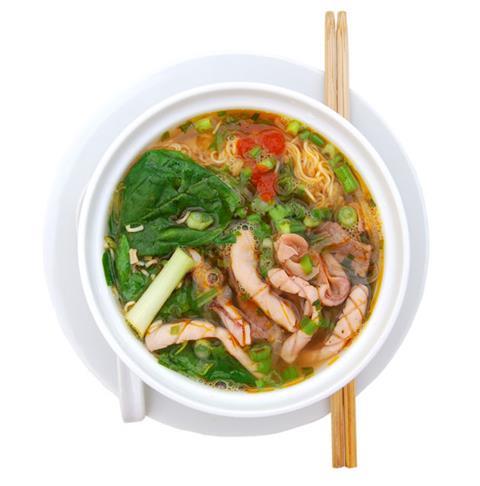 Ramen dishes often include monosodium glutamate, which is rich in umami flavours

Luckily, MSG can be found naturally in sources as diverse as tomatoes, mushrooms, milk, fish and yeast. With the proper finesse, various forms of these whole ingredients can be incorporated into formulations for snack foods, soups, breads and sauces to elevate flavours while reducing the need for table salt. We’re starting to see MSG on labels replaced by sun-dried tomatoes, fish sauce and toasted yeasts – and the results are delicious.

Manufacturing food consistently at scale is difficult. The purity of refined additives has historically helped food manufacturers imbue recipes with much needed certainty and stability, but as processing technology improves, our ability to rely on whole ingredients to modulate food safety, texture and flavour grows. As chemical analysis and genetic phenotyping improves, we are gradually discovering which additives are going to make us live forever and which are going to kill us. Until then, we might as well learn to use whole ingredients to fill those roles: it’s hard to be scared of a potato. 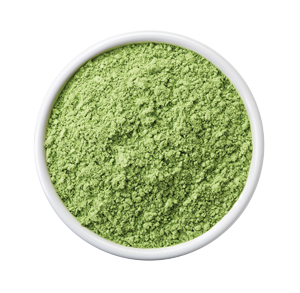 Bacon is one of the world’s favourite foods, but recently some members of the public have clamoured for an alternative to the additive nitrates and nitrites used in its preservation. This recipe allows home cooks to try the alternative used by the food industry: celery juice powder. This can be found in most speciality grocery stores, and replaces the need for purified nitrite salts. As mentioned elsewhere, the nitrates found naturally in celery juice powder are chemically identical to those found in curing salts – either way, the recipe is delicious.

Although the recipe calls for thyme, feel free to substitute bay leaves, rosemary, juniper berries or any other fragrant herb or spice. More adventurous cooks can create a smoked version of this recipe by placing the pork belly in a smoker instead of an oven during step three; just make sure you bring your pork up to the same internal temperature (65°C) to ensure it is cooked properly before eating.

1) Mix the salt, sugar, celery juice powder, peppercorns and thyme in a bowl to create a dry rub, which will act as a cure mixture

2) Place the pork in a shallow dish and rub vigorously with the dry ingredients, ensuring the pork is completely coated

5) Place in an oven preheated to 95°C for one to two hours, until the internal temperature of the pork reaches 65°C

6) Allow the pork belly to cool to room temperature. It can now be cooked in the same way as bacon bought from the supermarket or your local butcher. The pork belly can be kept in the refrigerator for up to three weeks, or frozen and stored for several months