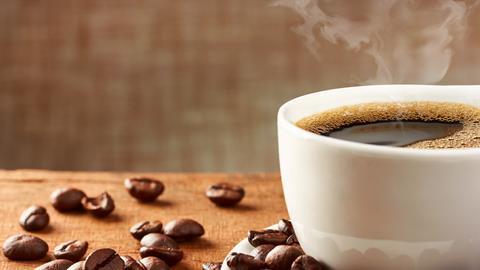 This week, the compound behind the global household beverage that socially sparks creativity and inspiration. Katherine Holt:

During the 17th and 18th centuries some of the most creative ideas in art, literature and science emerged from the coffee houses of Europe. The finest minds of the time gathered daily to imbibe coffee and discuss the ideas of the day. Runners were employed to spread news between coffee shops so they became an inevitable hub of the community and central to the spread of information and inspiration. Whether such social progress was a consequence of the meeting of minds or the stimulating effect of caffeine can't really be quantified - perhaps it was bit of both. 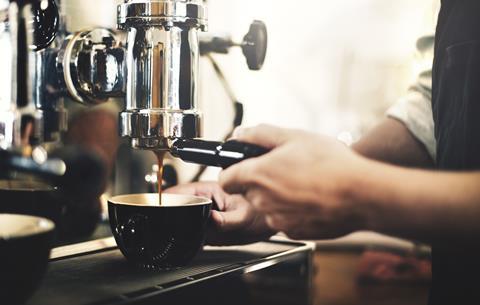 I used to think of myself as the modern day version of the coffee house intellectual! A good strong cup of coffee was required to blow away the cobwebs and sharpen the mind and the day could not possibly be started without one! But, a few months ago I realised that I was no longer drinking coffee to feel good - I was drinking it to avoid feeling bad. I realised I was addicted to the stuff. Addicted to such an extent that I took a cafetiere and bag of my favourite coffee backpacking with me - because heaven forbid I should be without it even for one day! Enough was enough - I decided to give up this vice entirely.

I sustained myself through the withdrawal symptoms: the headaches, the tiredness, the irritability, the aching muscles and joints; waiting for the promised land, where I would sleep more deeply, be more focused, concentrate better and no longer have to plan my holidays, or indeed my life, around the availability of coffee. I read about the evils of coffee on the internet - how it supposedly causes dehydration, indigestion and most distressingly of all...cellulite! Most of these claims are not, however, backed up by science. Caffeine is a mild diuretic, but studies have shown that it actually has about the same diuretic effect as plain old water, so drinking coffee is unlikely to cause dehydration. Any link between caffeine intake and indigestion also vanishes once other factors, in particular degree of body fat, are taken into account. 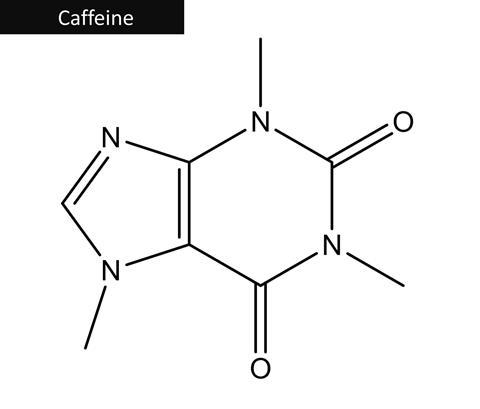 Caffeine has some structural similarities to another molecule called adenosine. Adenosine accumulates in the brain as a product of various metabolic processes. After prolonged neuronal activity - for example after thinking or working for a long time, higher concentrations of adenosine build up in the brain. Adenosine is detected by specific receptors and high levels induce a feeling of tiredness or sleepiness. The build up of adenosine is therefore a trigger that we should rest or sleep to allow our brain to recover. So where does caffeine come in? Well, its structural similarity to adenosine means it can bind to adenosine receptors, but without triggering them. This prevents the receptors from detecting adenosine and thus the signal for tiredness is not given.  Surely, I thought, giving up caffeine could only be a good thing - it must be better for my brain to regulate itself without intervention.

Caffeine is, however, a safe and socially acceptable drug. Almost every nation on earth has their favourite version of a caffeinated drink - from green tea in China to yerba mate in Argentina.  The caffeine containing kola bean has for centuries been used by the people of West Africa to increase energy. The Mayans in South America produced the earliest forms of hot chocolate from the cocoa beans, which were so esteemed that they were used as a form of currency. Coffee was first drunk in Ethiopia where the coffee plant grows wild. Legend has it that a goat herder noticed that his goats became sleepless and excitable after nibbling at the berries on the coffee bush. After trying it himself he experienced the same effects. Whatever the truth of this tale, coffee found its way to North Africa, through Persia and eventually to Europe via Turkey. 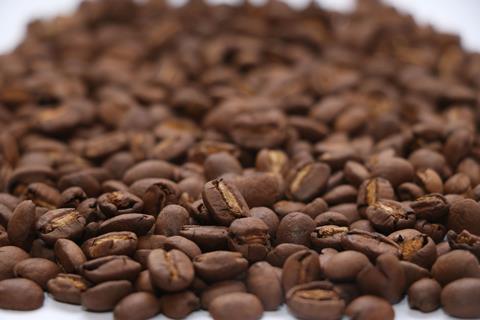 But why is caffeine found in so many different plants? Presumably its not there to keep the plant awake! Actually it is a natural pesticide that can paralyse and kill insects that feed upon the plant. The soil around coffee seedlings has also been found to be rich in caffeine. It is believed this may inhibit the germination of other coffee seeds in the vicinity, giving the seedling a better chance of survival.

So, how is my caffeine-free existence? To be honest I have mixed feelings. I enjoy the freedom of being released from my addiction, but I'm definitely aware that something subtle has changed in my brain chemistry. Scientific studies have shown that caffeine increases our capacity for physical work and may improve some aspects of mental performance, for example memory and ability to focus. Sometimes I think that the caffeine-free me is lacking a little edge. I can't say I've noticed much difference in the cellulite either!

So, a natural pesticide that may boost our mental performance. And let's not forget, it tastes oh so nice - I'm certainly craving a cappuccino right now. That was UCL's Katherine Holt with the chemistry of caffeine. Now, next week, you may want to avoid breathing in.

When you breathe it in, it decomposes, giving you a dose of carbon monoxide and depositing some nickel on your lungs. If you survive the first few hours, the nickel causes a form of pneumonia, coughing, breathlessness, extreme fatigue.  This lasts for several days, often resulting in cardiovascular or renal failure and death.  I was relieved to find that the safety precautions in the lab were extremely rigorous.

And to find out the actual positive attributes of nickel carbonyl, and the insights this brought to many aspects of chemistry, join Bernie Bulkin in next week's Chemistry in its element. Until then, thank you for listening. I'm Meera Senthilingam.