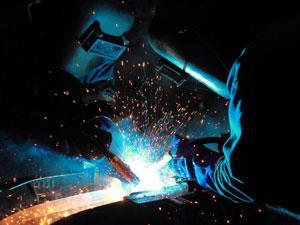 This week, Michael Freemantle explores the language of chemistry and the history of Thomas Willson, the man who turned water into light.

It will come as no surprise to you that, as a writer, I am fascinated by words. In particular, as a chemist and science writer, I am intrigued by the names of chemicals and chemical reactions. And like any other writer worth their salt, I cannot do without dictionaries – English dictionaries, science dictionaries, chemistry dictionaries, and so on. 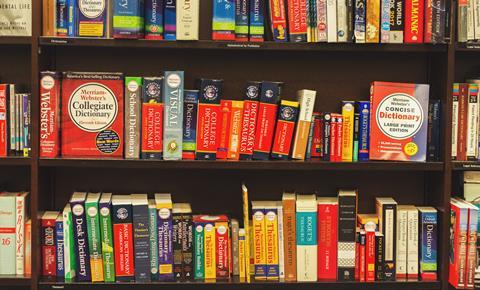 Recently, out of sheer curiosity, I decided to look up the word ‘carbide’ in my Chambers Concise Dictionary which I keep close at hand next to my computer. This is the 1991 edition. I have referred it to so often over the years that it is now falling to bits. I really need to replace it.

I then turned to another dictionary on my book shelf: the Merriam-Webster’s Collegiate Dictionary published in the United States in 1998. It states that a carbide is: ‘a binary compound of carbon with a more electropositive element.’

That made more sense to me, as calcium is more electropositive than carbon. In fact, calcium carbide consists of electropositive calcium ions and electronegative carbide ions. The latter are made up of two carbon atoms joined together by a triple bond.

The Canadian inventor Thomas Willson discovered the compound serendipitously in 1892. At the time, Willson was attempting to produce aluminium by smelting ores containing alumina, that is aluminium oxide. He mixed the ores with carbon and heated the mixtures to high temperatures in an electric arc furnace. The purpose of the carbon was to remove the oxygen from the ores, a process known as reduction. But he was not successful. 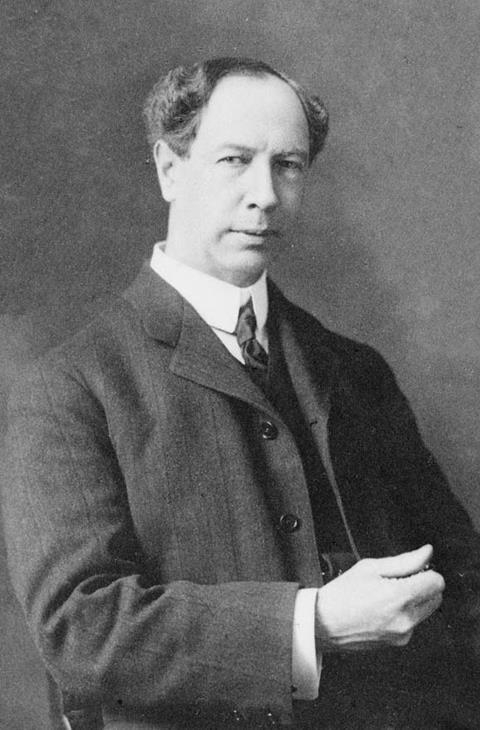 It then occurred to Willson that calcium, which is more chemically active than aluminium, might be used to convert the aluminium oxide to aluminium. But first he had to make calcium. He therefore used his furnace to heat up a mixture of lime, that is calcium oxide, and coal tar, a material rich in carbon. However, instead of making calcium, he produced a substance that gave off a flammable gas when it was added to water.

Willson then consulted with American chemist Francis Venable, and within a few months Venable showed that the furnace product was calcium carbide and the flammable gas produced by its hydrolysis was acetylene. Willson was not aware of any uses for the carbide or acetylene, but even so, decided to patent and develop the process for potential applications.

Within a decade, Willson and others exploited the process commercially to make acetylene for carbide lamps and other forms of lighting as well as oxyacetylene welding apparatus. In 1898, the Union Carbide Company was established in Virginia to manufacture calcium carbide for acetylene lighting.

The discovery of calcium carbide sparked other applications. In the late 1890s, two German chemists, Adolph Frank and Nikodem Caro developed an industrial process for combining calcium carbide with atmospheric nitrogen to form calcium cyanamide, a compound that became widely used throughout the world as a nitrogen soil fertiliser. The Frank-Caro process, as it became known, was the first commercial process in the world to convert the nitrogen in air into a useful chemical compound. The first full-scale factories to produce the compound were established in Italy and Germany in 1905.

Ten years later, during the first world war, the Canadian Electro Products Company was established to convert calcium carbide into chemicals needed for the British war effort. These included the solvent acetone which was required in vast quantities to make cordite, the standard propellant used by the British Army and Royal Navy to fire their guns.

Now back to my dictionaries. What do the chemistry dictionaries say about calcium carbide? Well, all refer to the properties and uses of the compound but as for descriptions of the material, they vary immensely. One is concise to the extreme. It is a ‘solid,’ it notes bluntly. Another is more expansive. Calcium carbide, it states, is a grayish black, irregular, hard solid that must be kept dry. It adds that the compound has an odour like garlic. 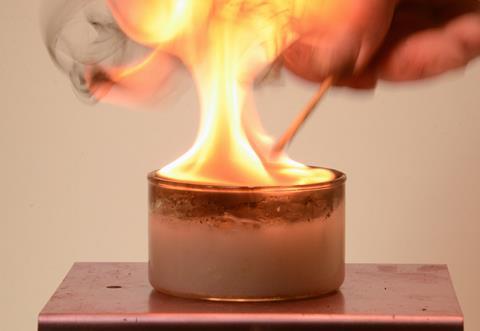 As for Willson, he became known as Carbide Willson, the man who turned water into light. He not only established a company that constructed several carbide factories in Canada, primarily for the production of acetylene for lighting, but also turned his attention to the use of carbide to manufacture fertilisers. He then ventured into the pulp and paper business, and attempted to develop a variety of other projects.

According the Dictionary of Canadian Biography, Willson’s gifts as an inventor made him a fortune and contributed significantly to Canadian science and technology. However, for a variety of reasons, including his lack of financial acumen, he lost that fortune. In 1915, he went to New York to raise money for his projects, but while there, had a heart attack that proved fatal.

Michael Freemantle on the rise and fall of Carbide Willson, and the compound that made him his name.

Next week, How do you illuminate the blueprint of life?

The solution lies in the chemical ethidium bromide, and molecular biologists all over the world will be familiar with the ethereal orange glow of ethidium bromide highlighting fragments of DNA under ultraviolet (UV) light.

Kat Arney explains how ethidium bromide has helped scientists to take a peak at our DNA, and begin to untangle some of life’s mysteries.

Until then, thank you for listening, I’m Ben Valsler and you can also join me on our monthly podcast, or find out what the team have been reading in the Chemistry World book club. All that and more at chemistryworld.org.