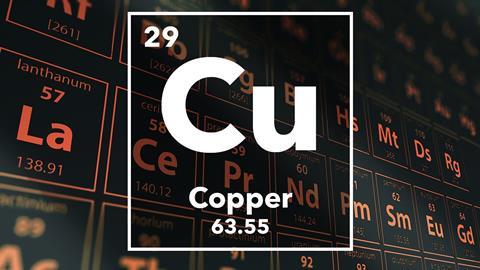 Hello, this week coins, conductivity and copper. To tell the tale of the element that has carried us from the Stone Age to the Information Age, here is Steve Mylon.

Poor copper, until only recently it seems to have been out shone literally and figuratively by its transition metal cousins, silver and gold. I guess this is a combined result that history have in abundance. It's almost never the case where the popular elements are that way because of their utility and interesting chemistry. But for gold and silver it's all so superficial. They are more popular because they're prettier. My wife for example, a non chemist, wouldn't dream of wearing a copper wedding ring. That might have something to do with the fact that copper oxide has an annoying habit of dyeing your skin green. But if she only took the time to learn about copper, to get to know it some; may be then she would be likely to turn her back on the others and wear it with pride. 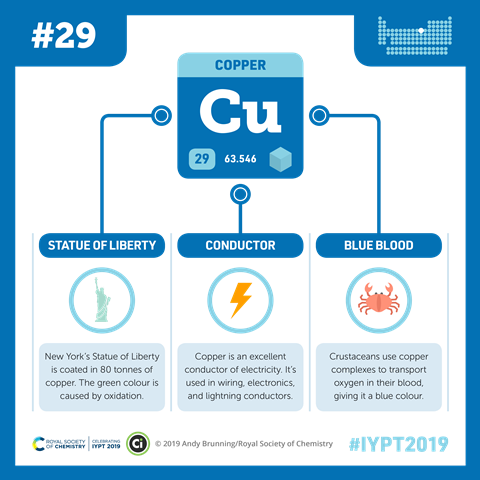 Some report that copper is the first metal to be mined and crafted by humans. Whether this is or is not the case, there is evidence of civilizations using copper as far back as 10,000 years. For cultures to advance from the Stone Age to the Bronze Age it was copper that they needed. Bronze has two parts copper and one part tin, not silver or gold. Copper's importance to civilization has never let out and even now due to its excellent conductivity, copper is in great demand world wide, as rapidly developing nations such as China and India establish the infrastructure required to bring electricity to the homes of their citizens. In the past five years for example the price of copper has increased by more than four fold. Perhaps the greatest slap in the face to this important metal is its use in coins throughout many countries of the world. The orange brown coins are generally of low denomination while the shiny more silver like coins occupies the place at the top. Even in the United States' five cent piece, the nickel looks shiny and silvery, but actually contains 75% copper and only 25% nickel. Yet we don't even call it the copper. 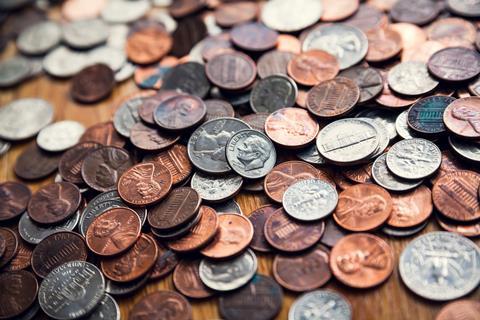 Of course I could go on and on spotting out many interesting facts and factoids about copper and why others should warm up to it. They easily could because it's an excellent heat conductor as well, but I find this metal so interesting for many other reasons as well. Copper is one of the few tracer metals that is essential for all species. For the most part the biological requirement of copper is quite low as only a few enzymes such as cytochrome oxidase and superoxide dismutase require copper at their active sites. These generally rely on the oxidation-reduction cycling and play an important role in respiration. For humans, the requirement is quite low as well, merely 2mg of copper a day for adults. Yet too little copper in your diet can lead to high blood pressure and higher levels of cholesterol. Interestingly for copper the gap separating the required amount and the toxic amount is quite small. It may be the smallest for all the required trace metals. This is probably why it is commonly used as a pesticide, fungicide and algaecide, because such small amounts can get the jobs done. 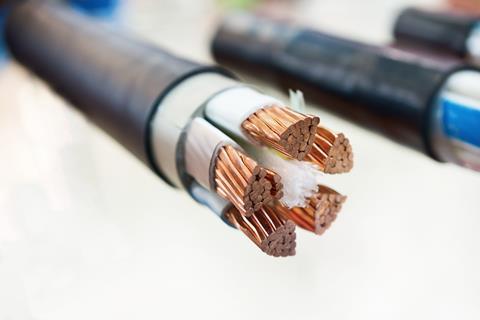 Copper's excellent conductivity explains its extensive use in electric cabling

In my opinion you're unlikely to find a metal on the periodic table that has the versatility of copper and still has not been given the respect amongst its peers that it deserves. While substantially more abundant than gold and silver its importance in history is unmatched and its utility at the macro scale is only matched by its utility at the micro scale. No other metal can compete.

So I'll try to explain this to my wife, when I present her with a pair of copper ear rings or a nice copper necklace this holiday season. My guess is she'll turn up her nose because she'll think that this is the stuff that pennies are made of, even though these days they really aren't.

A man married to copper, that's Steve Mylon. Next time we will be delving into the discovery of an element with a very firey temperament.

His younger cousin Edmund Davy was assisting Humphry at that time and he relates how when Humphry first saw the minute globules of potassium burst through the crust of potash and take fire, he could not contain his joy. Davy had every right to be delighted with this amazing new metal. It looks just like other bright shiny metals but its density was less than that of water. This meant that the metal would float on water. At least it would do if it didn't explode as soon as it came into contact with water.   potassium is so reactive; it will even react and burn a hole through ice.

Peter Wothers with the story of element number 19, potassium. That's in next week's Chemistry in its element. I hope you can join us. I'm Chris Smith, thank you for listening and good bye!