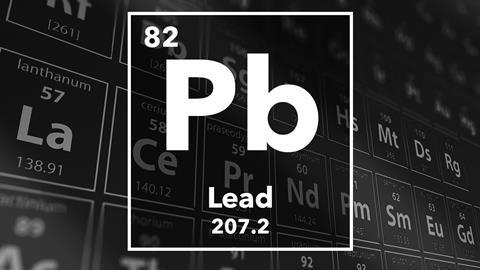 Hello, this week we're sinking to new depths as we meet the metal that spawned the plumb line, a rock group, plumbing and even poisoning, not to mention a generation of alchemists who tried in vain to turn this substance into gold. It is of course lead, and here to swing it for us is science writer Phil Ball.

Lead is the Eeyore of metals – slow, dull and heavy. In its Latin form, plumbum, it enters our vocabulary by virtue of its soft and ponderous character: we once plumbed depths with a suspended grey blob of the stuff, emphatically commanded by gravity, while plumbers have long since traded their malleable lead pipes for plastic. Everything associated with lead tends towards over-burdened gloom: in the ancient scheme of metal symbolism, lead was linked to Saturn, the melancholy planet, personified by the old god also called Cronos who castrated his father and swallowed his children. Even the spark of glamour the metal gets from association with the world's greatest rock band stems from the Eeyorish prediction that they would sink like a lead balloon or zeppelin. 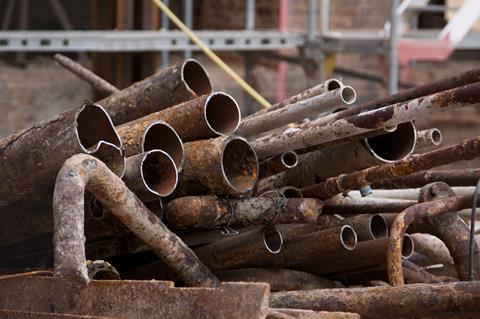 Yes, lead is the original heavy metal, the most notorious offender in that toxic group. Lead damages the brain and the kidneys, it can cause anaemia and a form of gout with the doleful title of saturnine gout. Even the Romans knew about lead poisoning – the doctor Cornelius Celsus warned about the bad effects of lead white, used in paint and cosmetics, while the engineer Vitruvius recommended earthenware pipes over lead ones. Yet we were slow to learn. Lead white, a form of lead carbonate, remained the artist's best white pigment right up until the nineteenth century, when it was replaced by zinc white. As paint manufacturers became industrialized, lead white spread sickness and death among factory workers: a report in the Transactions of the Royal Society in the seventeenth century listed vertigo, dizziness, blindness, stupidity and paralytic affections among the conditions it caused.

And as late as in 2007 the toy manufacturer Mattel was forced to recall millions of toys made in China that had been coloured with lead paint. Meanwhile, a toxic trickle of lead from solder and the electrodes of batteries leaches slowly from landfill sites throughout the world. In 2006 the European Union effectively banned lead from most consumer electronics, but it remains in use elsewhere. 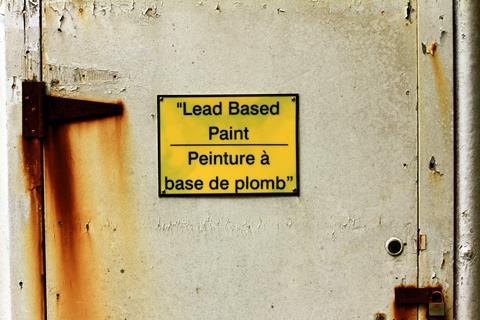 To alchemists, lead was the lowliest of metals – in a sense, it was where all metals started. In talk of base metals, which alchemy tried to turn to silver and gold, there was none so base as lead. The alchemists believed that lead slowly matured into other metals in the ground. But alchemy also offered lead a chance to shake off its grey and graceless image. It does not take much to draw splendid colours out of lead. The ancient technologists blanched the dull metal by placing lead strips in pots with vinegar, and shutting them away in a shed full of animal dung. The vinegar fumes and gas from fermenting dung conspired to corrode lead into lead white. Heat this gently, and it turns yellow: a form of lead oxide known as litharge or, in the Middle Ages, massicot. Heat it some more, and it goes bright red, as you form a different kind of oxide. Both of these substances were used by artists – red lead was, for a long time, their finest red, used for painting many a bright robe in the Middle Ages. It was the signature colour of Saint Jerome.

To the alchemists, those colour changes weren't just a way to make pigments. They signified some more profound alteration taking place in the metal, bringing it close to the colour of gold. It's no wonder, then, that their experiments often began with lead. They came no closer to making real gold, but they started to explore the processes of chemical transformation. 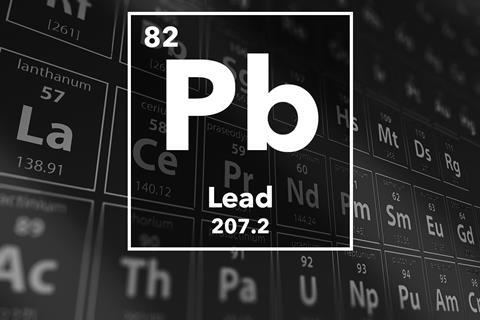 Periodic table of the elements – 82 – Lead

Lead, however, seems habituated to revealing its true and dirty colours. Exposed to air, it may go on taking up oxygen until it turns black. Red lead has become chocolate brown on paintings throughout the world, from Japan to India to Switzerland. In urban galleries there is another danger, as the sulphurous fumes of pollution react with red lead to from black lead sulphide. There seems to be no getting away from it: lead has a glum and melancholy heart.

Phil Ball plumbing the depths of the scientific story of lead. The next edition of Chemisty in its Element promises to be a record breaker.

You can learn a lot about someone by meeting their family and the same is true for the element. That's how we come to know so much about astatine. Often trumpeted as the rarest naturally occurring element in the world, it's been estimated that the top kilometre of the earth's crust contains less than 50 mg of Astatine making it Guinness world record's rarest element.

And you can hear Mark Peplow telling the tale of the world's rarest chemical in next week's Chemistry in its Element. I'm Chris Smith, thank you for listening, see you next time.