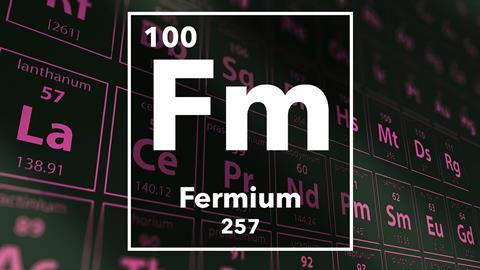 The story of element 100: fermium

This week, all rise for element 100. Here's Brian Clegg

The number 100 is a very significant one for human beings. It's partly because our number system is based on ten - so ten tens seems to have a special significance. In years, it's around the maximum lifetime of a human being, making a century more than just a useful division in the historical timeline. But in the natural world, 100 isn't quite so important. There's nothing about being element 100 that makes fermium stand out – the periodic table doesn't attach any significance to base 10. But it's hard not to think that fermium must be special in some way. 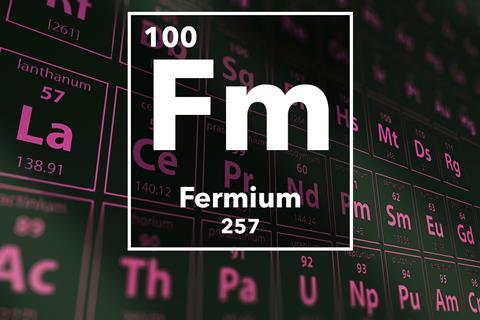 Periodic table of the elements – 100 – Fermium

Like element 99 (einsteinium), fermium was first made in the hydrogen bomb test on Elugelab Island on the Eniwetok Atoll in the South Pacific. The test bomb exploded on the first of November 1952*, blasting vast quantities of material into the atmosphere that drifted down as fallout. The team from the University of Berkeley at California that tested tonnes of ash and coral debris found around 200 atoms of element 100.

This had been created from uranium 238. Fusion in the hydrogen bomb was triggered by a conventional atomic bomb, and the remnants of that trigger's uranium fuel absorbed a swathe of neutrons, some of which then changed to protons as they underwent beta decay, finally producing fermium 255.

The discoverers aptly named the element after Enrico Fermi, the Italian-born physicist whose work at the University of Chicago was crucial to the development of nuclear explosives. This work took place under the bleachers of a dusty, disused football stadium. The site hadn't been used for three years since the president of Chicago University closed down the football team as a distraction from academic work. In a claustrophobic space beneath the stands was an old squash court. Here, in 1942, Fermi and his team built the world's first manmade nuclear reactor, literally an atomic pile of carbon bricks where materials for the atomic bomb would be produced. Fermi, who won the Nobel Prize in 1938, also worked in quantum mechanics and particle physics, making him an ideal candidate for an elementary name. 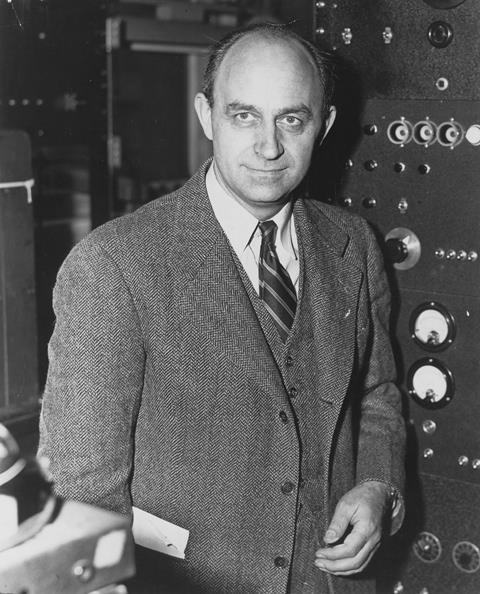 The element was almost named centurium, however. In 1953, scientists at the Nobel Institute in Stockholm had produced fermium 250 by bombarding uranium with oxygen nuclei. At the time, the discoveries from the hydrogen bomb were classified, so the Swedes, who tentatively came up with the centurium name for one hundred, could have got in first, had fermium not been rapidly de-classified. It might be no coincidence that the Berkeley team allowed the Nobel Institute's name nobelium for element 102 to continue to be used when the Swedes' claim for discovering that element proved dubious. There could have been a certain amount of guilt for sneaking in fermium under their noses.

Fermium is an actinide, part of the floating bar of elements that is squeezed out from between actinium and lawrencium. Perhaps its greatest claim to fame on the periodic table is that it defines the start of the most obscure of the artificial elements – those above 100 are referred to as the transfermium elements. It is certainly the highest numbered element that has had a practical use identified. 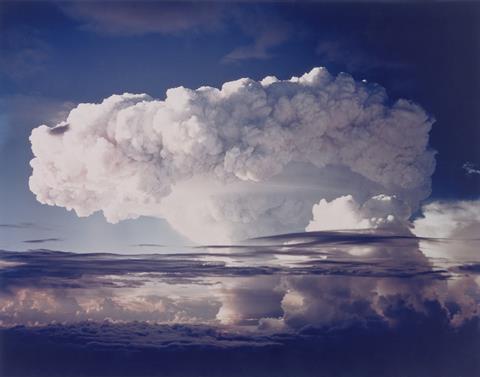 Fermium was first made in the hydrogen bomb test on Elugelab Island on the Eniwetok Atoll in the South Pacific, in November 1952

Although not yet deployed, fermium 255 is a strong alpha particle emitter with a half-life – the time it takes half the material to undergo nuclear decay – of around 20 hours. In medical radioactive applications this is a good combination, where alpha sources are used in radiotherapy for cancer. This is a convenient half-life as it means the alpha particles - nuclei of helium atoms with two protons and two neutrons – are produced long enough for the source to be deployed, but the waste matter becomes a low level hazard very quickly.

Fermium is usually produced using accelerators like cyclotrons now, although it has a special place in the periodic table as the highest numbered element that can be produced in a nuclear reactor, rather than by smashing atoms together in an accelerator. This is something of a useless capability, however. The fermium produced in reactors seems a good, useable product. It's fermium 257, which has a very practical half life of 100 days. But there's never a chance to use it. Inside a reactor there are plenty of loose neutrons floating about – this is how the chain reaction of the reactor works. Fermium 257 is great at absorbing neutrons and immediately become fermium 258. This has a tiny half life of less than a millisecond. So before you can get your hands on the fermium produced in a reactor it has disappeared.

Like its transfermium colleagues, fermium has only been made in relatively tiny quantities. This means that no one has produced a big enough sample of fermium to be able to see it, though the expectation is that like other similar elements it would be a silvery-grey metal.

Fermium has limited value, but anything numbered 100 inevitably feels a little special. And perhaps fermium is, at least when it's made in a nuclear reactor. You can see fermium as a sneaky element. As we've seen, this is a product that you can make, that should last 100 days before half of it has disappeared, yet in practice it vanishes after milliseconds. Perhaps what makes fermium special is that it's an element with a wicked sense of humour.

So the element that scientists are trying – and failing – to get their hands on. That was Brian Clegg, with the disappearing properties of fermium. Now next week, and element that we can see, and it's a lanthanide with a diverse range of applications.

lutetium and its compounds have found some applications, the most important of these is the use of the oxide in making catalysts for cracking hydrocarbons in the petrochemical industry. But there are other more specialist uses, such as using the radioactive Lutetium-177 isotope in cancer therapy. Lutetium ions were also used to dope gadolinium gallium garnet to make magnetic bubble computer memory that was eventually replaced by modern-day hard drives.

Lutetium triflate has also been found to be a very effective recyclable catalyst for organic synthesis in aqueous systems – it avoids the use of organic solvents giving it green credentials.

And to find out the chemistry and properties of lutetium that make it so widely applicable, join Simon Cotton in next week's Chemistry in its element. until then, I'm Meera Senthilingham and thank you for listening.