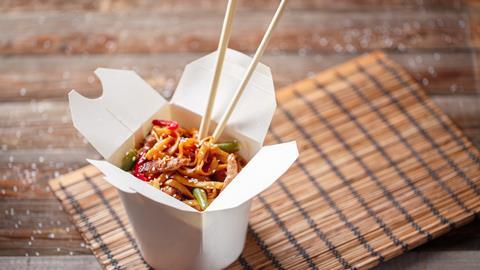 Phillip Broadwith cooks up a storm with this week's tasty compound

This week, prepare your tastebuds, as we order some noodles, soup, stew, and perhaps add a dash of soy sauce, or maybe some Worcester sauce, or actually, maybe some ketchup. Confused? Explaining the compound linking all of these foods, here's Phillip Broadwith:

When you eat a rich tomato sauce, or a hearty soup or stew, what makes it taste the way that it does? Is it slightly salty? Is there a hint of sweetness from the perfectly ripe tomatoes? A tang of citrus sourness or a note of herbal bitterness to add depth, perhaps?

All of these things might be present, but the overwhelming taste of such a dish is usually a luxurious, mouthwatering savouriness, which accentuates the impact of all the aromatic flavour compounds that are filling your nose at the same time as your tongue revels in its taste sensation.

But where does that savoury taste come from? Traditionally in western cuisine, it was thought that the tastebuds on our tongues could distinguish four different tastes - sweet, sour, bitter and salt. But in 1908, the Japanese chemist Kikunae Ikeda identified a fifth basic taste, which he called umami, from the Japanese for 'delicious taste'. 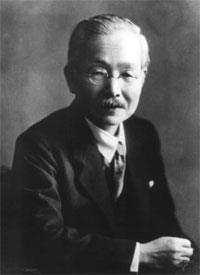 Ikeda noticed that the taste of many foods - particularly kombu dashi, a seaweed broth popular in Japan - didn't really fit into the sweet, sour, bitter, salt categorisation. Eventually he discovered the molecule that was responsible for the seaweed's palatability - glutamate.

Glutamic acid is one of the twenty standard amino acids that make up proteins. Its systematic name is 2-aminopentanedioic acid - a five carbon chain with a carboxylic acid group at either end and an amine (NH2) group attached to the carbon adjacent to one of the acids. When it is incorporated into proteins, the 'side chain' that sticks out from the protein backbone is a short three-carbon chain ending in a carboxylic acid. But under the conditions in our mouths, one of the acid groups is normally ionised to make a glutamate anion, and it is this that binds to umami taste receptors on our tongues to produce that delicious savoury sensation.

Certain foods are naturally high in glutamate, such as tomatoes, mushrooms, cured meats, fish and cheeses like Italian parmesan or French roquefort. But it is particularly enriched when these foods are cooked slowly for a long time or fermented. This is why stocks and broths, or soy sauce and tomato ketchup are particularly intensely flavoursome. Ingredients such as Asian fish sauces or the quintessentially British Worcestershire sauce and Marmite yeast extract have especially high levels of glutamate. And even the Ancient Romans reportedly used a fermented fish sauce called Garum to season food and enhance its flavour.

The sodium salt of glutamic acid is called monosodium glutamate, or MSG. It was developed as a food additive and flavour enhancer following Ikeda's discovery, and quickly gained popularity as a cheap way to boost the flavour of food made with lower quality ingredients. Takeaway Chinese food in the UK and US gained a particular reputation for using MSG to enhance flavour. But in fact, pretty much any processed fast food is likely to contain added MSG, unless it specifically says otherwise. 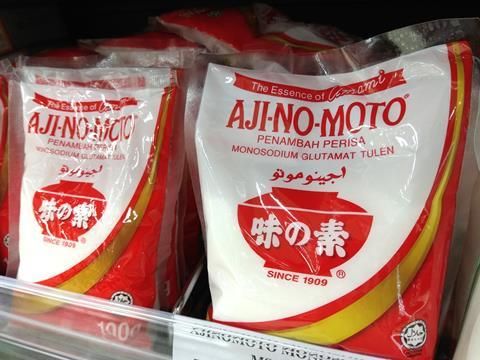 But is it bad for you? Glutamate is a natural component of proteins, and there is chemically no difference between 'natural' glutamate and that added in the form of industrially produced MSG. There have been various arguments that MSG is bad for us, even the suggestion of a medical condition called 'chinese restaurant syndrome' or 'MSG symptom complex' caused by eating too much MSG. But the medical evidence is unconvincing. Like any chemical, if you eat large enough amounts, it is not likely to do you much good, but at the levels even the most junk-food-hungry among us are likely to ingest, there is no indication of health risks.

There are other compounds that can produce umami taste responses, such as guanosine monophosphate - which is one of the four building blocks of RNA - and the closely related inosine monophosphate. These compounds can work synergistically so that their combined taste effect is even stronger. This is why certain classic combinations of foods have stood the test of time, like Italian tomato sauce with mushrooms and parmesan cheese, or Japanese miso soup - based on broth made from glutamate-rich seaweed combined with dried fish or shiitake mushrooms that are packed with inosine monophosphate.

So the next time you are in a restaurant, whether you're grabbing a cheeseburger or sitting down to a sumptuous ten course Michelin-starred tasting menu, take a moment to savour the taste. That indescribable savouriness that leaves your mouth watering and your tastebuds begging for more. That's the umami tingle that comes from glutamate - be it from the finest culinary ingredients or straight out of the bottle marked MSG.

Feeling hungry? Chemsitry World's Phillip Broadwith there, with the tasty and sensation-inducing chemistry of glutamate. Now, next week, a rather well-known compound providing the code for life.

If compounds were celebrities, DNA would be A-list. You can hardly watch a news bulletin without DNA being mentioned. We don't have to name the compound - its initials are enough to make it instantly recognised. It even has its own logo in the form of a distinctive double helix.

But what kind of celebrity is it?