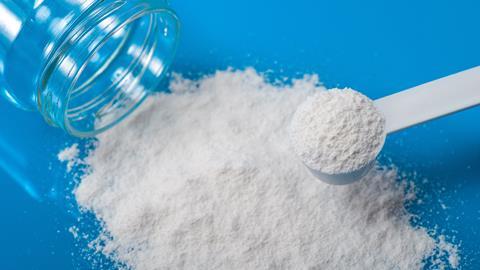 This week, a vanishing trick and an extreme endurance swim, with Anna Ploszajski.

To most people, a word like ‘maltodextrin’ probably summons up thoughts of something vaguely pharmaceutical, perhaps a label on nondescript chemical containers clustered on a laboratory shelf, or it may be reminiscent of the alphabet of synthetic ingredients which inhabit the packaging your favourite guilty pleasure. You will certainly find maltodextin in all of these settings, but to me, maltodextrin reminds me of the most terrifyingly awesome night of my life. It reminds me of swimming the English Channel. 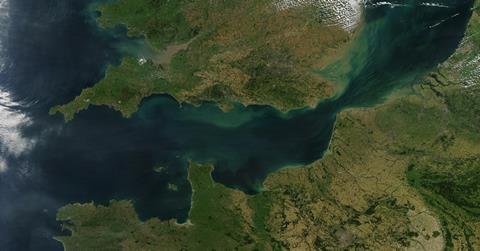 This is one of the world’s most extreme endurance events. At 21 miles across, the average swim takes around 14 hours in water no more than 18 degrees Celsius. Only around 2000 people have ever made the crossing successfully; far fewer than have reached the summit of Everest. Of course, such a gruelling undertaking must be fuelled by an efficient, high-power energy source. For me, this was maltodextrin. 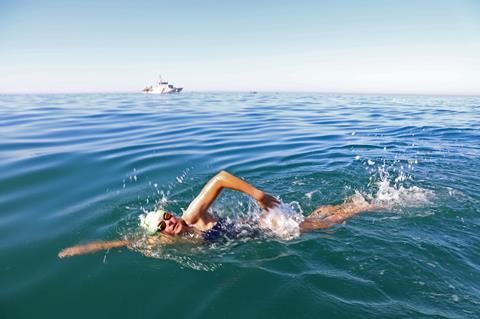 In its industrially-produced form, maltodextrin manifests as a white, dusty powder. The particles are so fine that it curls like smoke when you plunge a plastic scoop into a tub of the stuff and accidentally propel some of it airborne. To consume it easily while treading water in the middle of the sea, it needs to be carefully pre-mixed with water.

And preparing it feels like performing a vanishing trick. I remember mixing mine up on the day before my swim. The maltodextrin powder is quick to flow through the plastic funnel and into a half-empty bottle of water. As it hits the surface, it momentarily defies its entropy of mixing by clumping up, stubbornly bobbing about inside its transparent prison. But, as a water-loving hygroscopic molecule, a quick shake is all it takes to dissolve every particle of maltodextrin and transform the separated phases into a perfectly clear fluid. 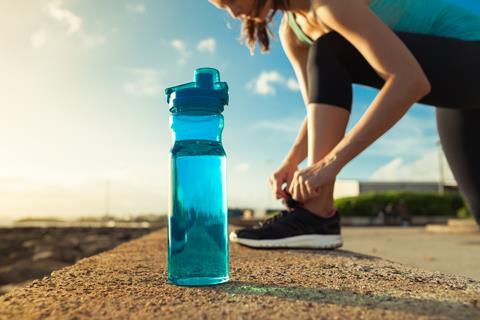 As I continue to shovel scoop after sticky scoop of maltodextrin into the bottle, the water levels rise threateningly towards the open top. But the liquid never saturates, as the water greedily welcomes the compound between its polar molecules. By the time I’d finished, my thumb and forefinger had become glued to the scoop’s handle by this gummy, mischievous compound.

Maltodextrin is a polysaccharide, consisting of ring-shaped glucose units bonded in chains up to 17 units long. The shorter the glucose chains, the sweeter the flavour and higher the solubility. Food chemists play with chain length to tinker with taste, prolong shelf-life or alter that much-denounced property in food chemistry – mouthfeel. Maltodextrin is an ingredient in a feast of foodstuffs, including crisps, cakes and beverages, and is one way of maintaining a creamy texture in low-fat products such as ice cream. Here it has attracted controversy, with some claiming that companies are hiding the true sugar content of processed foods behind unfamiliar-sounding ingredients. 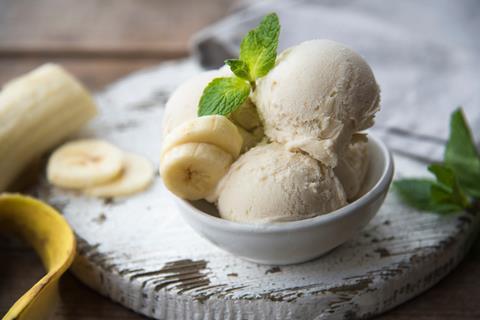 Thanks to its chemistry, maltodextrin is easy to digest and is absorbed rapidly by the small intestine as glucose. It was able to deliver a fast injection of energy to my muscles as I swam my way from England to France. On the swim, I would stop to refuel at regular intervals – every hour at the start, and every half an hour by the end. The rules of Channel swimming forbid the swimmer from touching the accompanying boat or their crew. So, the maltodextrin was delivered to me in the form of a warm drink, flavoured with squash and contained in a recycled milk bottle on a string. Each time we stopped, I would tread water in the dark, salty sea, grab at the bottle and pour its comforting contents down my throat, desperate for my next energy kick.

But not everyone in the sports nutrition world stands by this sugary strategy. Maltodextin has a high glycaemic index, so every time I took a drink, it induced a spike in my blood glucose levels, flooding my muscles with much-needed energy. However, that high was short-lived, and I’m sure that many of us – not just endurance athletes – are all too familiar with the hanger-driven destruction which can follow a sugar crash.

Some athletes prefer to avoid this energetic rollercoaster by consuming fat-rich food sources instead, or more complex carbohydrates with a flatter energy-release profile. But although its days on the endurance athlete’s menu may be limited, there might still be a place for maltodextrin in the future of food. A 2018 study found that simply rinsing your mouth out with a mixture of caffeine and maltodextrin – without even consuming the concoction – could counteract mental fatigue.

So, whether you’re seeking a stimulant for pulling an all-nighter of study, a pick-me-up sweet treat or fuel for a self-propelled crossing of the English Channel, maltodextrin may be the compound for you.

That was Anna Ploszajski with maltodextrin. Next week, Mike Freemantle adds some colour to the podcast with an ancient pigment

There is evidence that the use of ochre pigments dates back at least 250,000 years. In 2012, for example, a team of scientists in The Netherlands discovered red ochre on well-preserved flint and bone artefacts at a site near Maastricht settled by the Neanderthals.

Join Mike next time. Until then, find all of our podcasts at chemistryworld.com/podcasts and let us know what compounds we should include – email chemistryworld@rsc.org or tweet @chemistryworld. Thanks for joining me, I’m Ben Valsler.