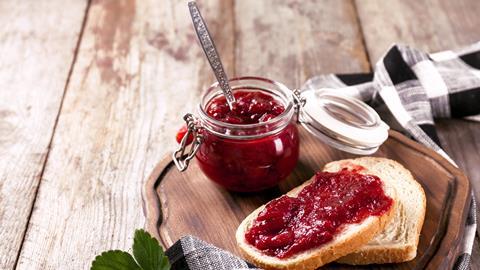 Without this compound, our favourite sweet treats would be nothing more than runny liquids

This week, the compound enabling the topping for your toast in the morning. And spreading its chemistry, is Jessica Gwynne.

Do you enjoy jam on your toast in the mornings? Or are you more of a marmalade person? What about cranberry sauce at Christmas, or redcurrant jelly with your roast lamb? Without pectin to add some structure, these sweet treats would be nothing more than runny liquids. 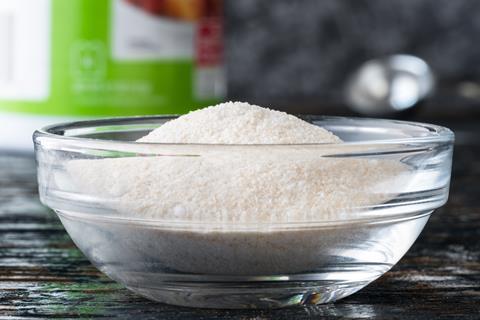 Although people have been making jam for hundreds of years, pectin was first isolated in 1825 by a French chemist and pharmacist called Henri Braconnot, and the name comes from the Greek word pektikos meaning congealed or curdled. Pectin is found both in and between the cell walls of many plants, and helps to give them shape and rigidity. The amount of pectin, as well as its precise composition and structure, can change over time and varies not only between different plants, but also between different parts of the same plant. In fruit, it is most concentrated in the skins and cores.

Pectin is a structural polysaccharide, with a fairly complex molecular structure. It is composed primarily of linked D-galacturonic acid residues, but also contains a smaller proportion of other residues in the backbone of the polymer and as side-chains. D-galacturonic acid is a cyclic monosaccharide with one carboxylic acid side-group and four hydroxyl side-groups. Some of the carboxyl groups are esterified, and the remainder can deprotonate to form anions. In solution, the coulombic repulsion between the negative charges distributed along a pectin molecule causes it to adopt an extended configuration, and also prevents aggregation of the polymer chains.

The crucial thing about pectin is that under the right conditions, it can form a stable three-dimensional network, which is what prevents your jam from dripping off your toast. But pectin isn't the only important ingredient - for the jam to set, you also need acid and sugar. 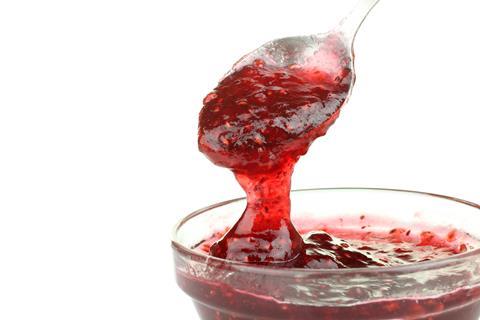 At a high enough acidity, the carboxylic acid groups remain protonated, so the pectin molecules no longer repel each other to the same extent. Most fruits contain enough acid for this to happen, but recipes for some fruits call for the addition of lemon juice. Pectin is also very hydrophilic, so the individual chains will be highly hydrated, but if sugar is also present, the water molecules bind to it instead. The amount of water around each pectin molecule is therefore less, meaning that they can more easily approach and interact with each other.

Combined with the protonated carboxylic acid groups, this helps them form a stable network, thereby entrapping the water and sugar molecules within the structure.

To make a jam, the fruit first needs to be heated to extract the pectin, juice and flavour. The sugar is then added, and in order to be able to form a gel, the mixture needs to be heated above its gel point, which for jams and jellies is about 103-105°C, although this temperature can be reduced industrially by the use of vacuum pans. When it is cooled, the network structure forms and the jam sets. But anyone who has made jam will know that it's not always as easy as it sounds - you need the right balance of pectin, water, acid and sugar, and if the conditions aren't quite right, your jam could be rock-hard, runny or grainy.

Different fruits contain different amounts of pectin, and the pectin content tends to be highest in slightly under-ripe fruit. When fruit is over-ripe, enzymes such as pectinase and pectinesterase start to break down the pectin, which is why old fruit eventually goes soft and mushy. 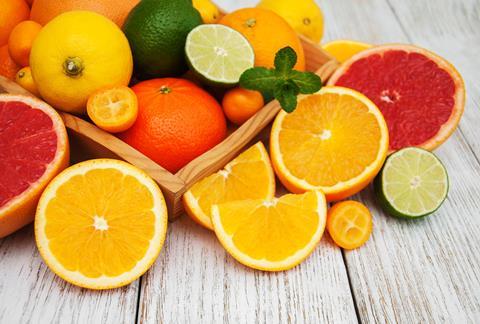 Fruits like apples, currants, damsons, gooseberries and citrus fruits are high in pectin, whereas softer fruits like strawberries, peaches and cherries are generally low in pectin. Low-pectin fruit can still be made to set into a jam or jelly, but the pectin content needs to be boosted. This can be done by adding high-pectin fruits, using jam sugar that contains added pectin, or adding extra pectin separately in either powdered or liquid form. Commercial pectin is usually extracted from the remains of pressed apples (called pomace) or the white inner parts of citrus skins, which are by-products of fruit juice production.

But although jam-making is probably the main reason you've heard of pectin, it has many other uses. Besides being used as a thickener or stabiliser for other food products, it is also used in a variety of pharmaceutical applications. Its gelling properties mean it can be used to control haemorrhages by reducing the coagulation time of blood, or as a carrier for drugs in controlled release applications. And it can also be used to help reduce cholesterol or as a prophylactic against poisoning with toxic cations.

So the next time you bite into a slice of toast, topped with your favourite jam, spare a thought for the complex compound and its chemistry that stops you getting jam down your shirt!

And keeping you clean before you leave for work. That was Cambridge University's Jessica Gwynne with the gelling chemistry of pectin. Next week, we remember the sixties - well, at least Simon Cotton does.

They say that if you remember the 1960s, you weren't there. Well, I was there and I do remember them; for most of the time I was a student in London. It was a good place to be. Most students were fairly apolitical, but we had our radicals who staged their demonstrations against the Vietnam war. One of their favourite chants was "Ho Ho Ho Chi Minh", after the North Vietnamese statesman who led the movement, first for independence from France and then against the United States' support for South Vietnam. In the end, Saigon fell in 1975, and Vietnam became one nation.

But if it hadn't been for Ho Chi Minh, we might not have the newest antimalarial drug.

And to find out how a war can aid the drug development process, join Simon Cotton in next week's Chemistry in its element. Until then, thank you for listening, I'm Meera Senthilingam.