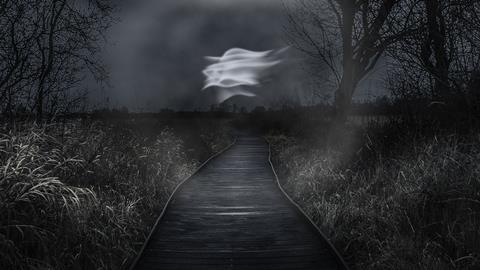 Ghostly lights in the night are common in folklore around the world. Kit Chapman investigates a chemical cause

This week, Kit Chapman brings us the stuff of legend…

The Fenlands of England are a spooky place after dark. Effectively a large, flat marsh that stretches some 1500 square miles, it’s perhaps unsurprising that local legends tell of people lured to their doom in its treacherous bogs by ghostly lights. In English folklore, this is known as the will-o’-the-wisp, the hinkypunk, and ignis fatuus, or foolish fire. These ghostly lights, flames that appear and disappear, would spark fear in the Fenlanders, who usually lay on their stomachs, eyes closed, until the phenomenon departed. 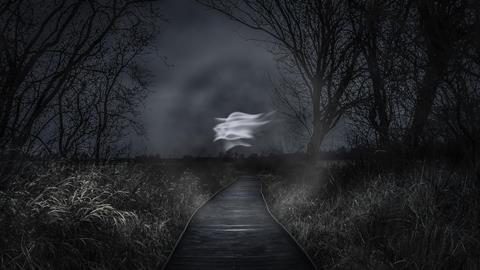 These marsh lights aren’t isolated to England. In Bangladesh they are aleya, ghosts of dead fishermen. In Japan they are hitodama, human souls as balls of energy. They rise out of the Mekong river as the Naga fireballs. And in Australia, they are the min-min light. The lights are even immortalised in fiction, such as The lord of the rings as the lights of the Dead Marshes that Frodo, Sam and Gollum must cross, and the aptly named fire swamp in William Goldman’s The princess bride. So what is the scientific explanation?

The most common answer is a combination of three chemicals igniting together as marsh gas. Marshes contain large, thick deposits of organic decay. In the anerobic environment of marshy land, fermentation results in the release of phosphorus hydrides – such as phosphine, responsible for that lovely rotting fish smell – and methane. Phosphine, PH3, and diphosphane, P2H4, can both spontaneously ignite on contact with air due to oxidation, creating a spark which results in the ignition of methane. It’s an elegant and compelling explanation, but there are some problems with this idea. Phosphine, for example, burns at a concentration of more than 1.8% v/v, but requires a temperature of about 38 degrees Celsius to ignite. However, the good news for the theory is that diphosphane does ignite spontaneously at room temperature, meaning that it could bubble up through the marsh water and create the wayward flame.

Surprisingly, there is still some debate, though. Some stalwarts highlight that there has never been a reliable sighting of a will o’ the wisp – although that could be because most of the world’s marshes near human habitation have been drained. Others put forward explanations of bioluminescence or geological activity.

Yet even if we don’t believe the ignition theory, phosphine could still be the answer to the will o’ the wisp phenomenon. In 2008, Italians Luigi Garaschelli and Paolo Boschetti of the organic chemistry department at the University of Pavia posited a different answer: they suggested it was phosphine’s natural chemiluminescence that explains the strange marsh lights instead.

What is chemiluminescence? Really, just a fancy word for something that emits light in a chemical reaction. In the case of phosphine, that probably involves a reaction with the oxygen and nitrogen in the atmosphere. Although this wouldn’t be a strong light, in a low light condition – such as the dark paths of a murky swamp at night – the strange glow would be easily visible.

The mystery of the Will-o’-the-wisp shall probably never be answered definitively. While science has answers up its sleeve, the draining of the marshes means such spectacles are vanishing, from the world. It’s a shame, for it means the light is finally going out at the point where folk legend and chemical science meet.

That was Kit Chapman on phosphine, the disputed cause of mysterious ghostly lights hovering over marshland. Next week, we go from marshes to woodlands, with another poisonous plant compound.

Hepatotoxic pyrrolizidine alkaloids occur not only in ragworts but also in several thousand other species of plant, with some containing over one hundred different hepatotoxins.

Michael Freemantle explains the problem of ragwort alkaloids in next week’s Chemistry in its element. Until then, let us know if there’s anything you’d like us to cover – tweet @chemistryworld or email chemistryworld@rsc.org. Thanks for joining me, I’m Ben Valsler.