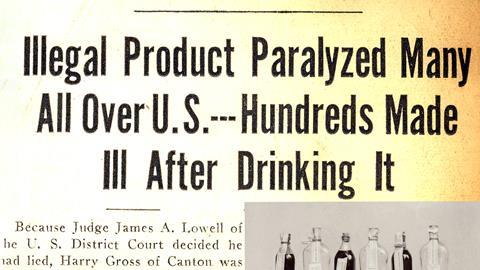 Brian Clegg joins us this week with a group of compounds with broad industrial uses and a considerable dark side. 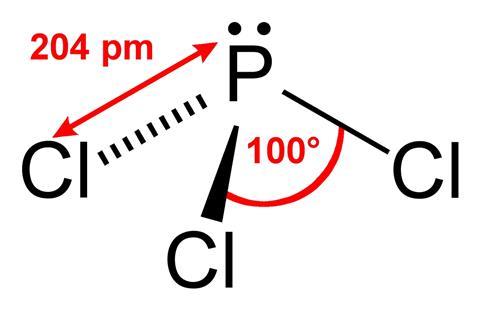 Phosphorus chlorides have a distinct dual personality. They are remarkably constructive – rarely directly of use themselves but each is an important contributor of building blocks to other compounds. Unfortunately, though, some of those final products can be used in chemical weapons. This means that phosphorus chlorides are controlled under the Chemical Weapons Convention, appearing in schedule 3, which indicates that they are widely used outside weapons production.

The most prolific is phosphorus trichloride – PCl3 – with hundreds of thousands of tonnes produced annually. White phosphorus, itself derived from mined calcium phosphate, is reacted with chlorine to produce this colourless liquid. Although phosphorus trichloride can be used in some organic synthesis processes, its industrial strength is as the route to other compounds containing phosphorus and chlorine, notably phosphorus pentachloride, phosphoryl chloride (which has an added oxygen atom) and thiophosphoryl chloride with an added sulfur atom, best known as the starting point for some organophosphate insecticides. Phosphorus trichloride is also essential in the production of the weedkiller glyophosate used in products such as Roundup.

The solid phosphorus pentachloride – PCl5 – is simply produced by reacting the trichloride with chlorine. It should be colourless, but in practice a small amount always releases chlorine, returning to the trichloride form, which tends to give it a pale yellow-green tint. Not surprisingly, the main role of phosphorus pentachloride is chlorination. It can be used with a number of organic reagents, for example converting alcohols to their equivalent alkyl chlorides. But perhaps the most interesting use is an inorganic one, introducing the phosphorus into lithium hexafluorophophate when the pentachloride is reacted with lithium fluoride. Lithium hexafluorophosphate is one of the electrolytes used in rechargeable lithium ion batteries. 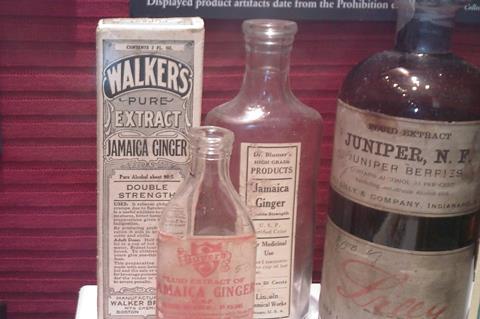 The second subsidiary chloride, phosphoryl chloride, is a colourless liquid like its parent, made by reacting the phosphorus trichloride with oxygen or phosphorus pentoxide. As is becoming a distinct theme, phosphoryl chloride’s main value is in the production of other compounds – mostly esters. For example, a major product is triphenyl phosphate, which acts as a flame retardant in everything from electronics to glues. It is also used as a plasticiser, giving body to lacquers and varnishes, notably in nail polish.

Another very useful ester is tricresyl phosphate – also used as a plasticiser, in varnishes and PVC, as well as duplicating the flame retardant role for both plastic and rubber. This phosphoryl chloride derived compound has more exotic applications, from acting as a lubricant in ultra-low temperature pumps to a mechanism for removing lead from petrol. On a smaller scale but with a very wide span of usage, tributyl phosphate, made by reacting phosphoryl chloride with butanol, finds its way into hydraulic fluids, brake fluids, inks, gums, herbicides and paints. When dissolved in a liquid hydrocarbon, tributyl phosphate is also used to extract fuel from spent nuclear fuel rods.

There is no doubt that these compounds and their derivatives have significant positive uses, but many of them are also dangerous. Phosphorus trichloride is very toxic, while both the pentachloride and phosphoryl chloride have to be treated with caution as they react dramatically with water, releasing corrosive hydrogen chloride gas. Many of the organophosphate insecticides derived from the chlorides can also act as nerve agents on humans. Of all the derivatives, though, tricresyl phosphate has done the most harm. It was used as an intentional adulterant to the Jamaica ginger extract known as ‘jake’ which was sold as patent medicine, but in practice largely used as a bootleg form of alcohol. US authorities in the 1920s, during prohibition, required the product to be made less drinkable, usually by adding so much ginger that it became unpleasant. But the California Extract Company discovered that by putting tricresyl phosphate in their ‘Superior Brand’ fluid extract of ginger, they could pass the government tests for solids content, but leave it still quite drinkable. 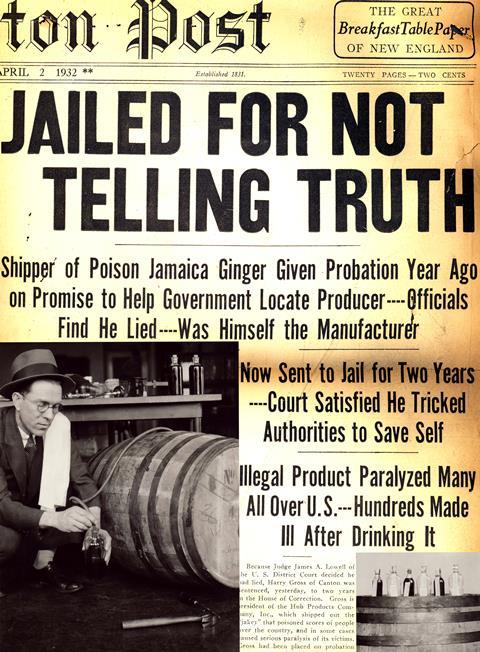 In a report for California and Western Medicine, Frank G. Crandall observed in 1931: ‘When the Volstead Act became a law and they were deprived of their usual toddy or daily drink of whisky, they could not afford to pay bootleggers’ prices or buy prescription whisky, so they bought their fluid extract of ginger. It was the poor man’s way of getting a drink of liquor.’ It was thought at the time that the tricresyl phosphate was harmless, but in reality it is a neurotoxin. Many victims – numbers are put in the 30,000 to 50,000 range – lost the use of their feet and sometimes hands. The resultant paralysis, known as jake leg or jake walk even resulted in a number of songs, notably the Jake Walk Blues by the Allen Brothers. Another outbreak of tricresyl phosphate poisoning occurred in 1959 in Morocco, when thousands were affected by cooking oil contaminated by jet engine lubricant.

It’s difficult to take a totally positive view of the phosphorus chlorides and their derivatives with these dangers and the Chemical Weapons Convention classification hanging over them. Yet we continue to use these compounds for their practical benefits. It’s not always possible to label a substance ‘good’ or ‘bad’ in black and white terms. The phosphorus chlorides are likely to remain in chemistry’s shades of grey.

That was Brian Clegg with the story of phosphorus chlorides. Next week, Kat Arney brings us the brilliant blue dyes that became the basis of a fundamental lab technique.

Casting around for a name for their new range of acid wool dyes, the UK-based manufacturer Levinstein Limited settled on Coomassie, hoping to trade on the fact that people had already heard of it.

Join Kat next week to find out more. Until then, you can get in touch in the usual ways – email chemistryworld@rsc.org, tweet @chemistryworld or send us a message on facebook. I’m Ben Valsler, thanks for joining me.