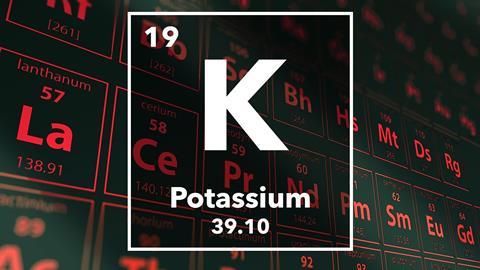 Peter Wothers on how potassium got its name

Peter Wothers on how potassium got its name

Hello, this week the story of the first alkaline metal ever isolated, why it's an alkaline metal at all and why its symbol begins with the letter K. Here's Peter Wothers.

Potassium – the only element named after a cooking utensil. It was named in 1807 by Humphry Davy after the compound from which he isolated the metal, potash, or potassium hydroxide. 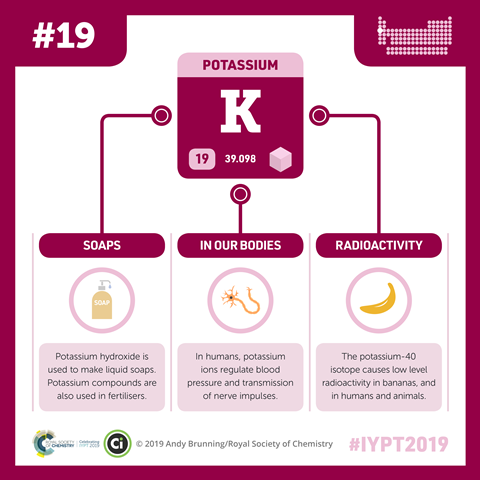 An extract from the 1730s by the Dutch chemist Herman Boerhaave describes how potash got its name: 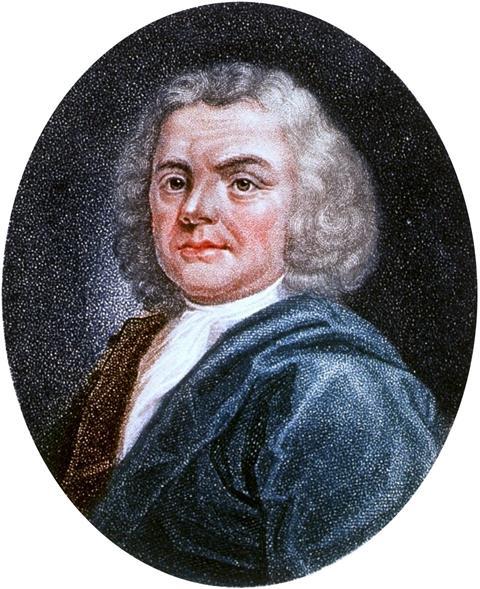 'Potas or pot-ashes is brought yearly by the merchant's ships in great abundance from Coerland' now part of Latvia and Lithuania, 'Russia, and Poland. It is prepared there from the wood of green fir, pine, oak and the like, of which they make large piles in proper trenches, and burn them till they are reduced to ashes. These ashes are then dissolved in boiling water, and when the liquor at top, which contains the salt, is depurated,' i.e. freed from impurities, 'by standing quiet, it is poured-off clear. This, then, is immediately put into large copper pots, and is there boiled for the space of three days, by which means they procure the salt they call potas, (which signifies pot-ashes) on account of its being thus made in pots.'

Even earlier in the 16th Century, Conrad Gesner tells us that 'of the hearbe called kali, doe certayne prepare a salt.' He describes this plant, kali whose Latin name is Salsola kali but is more commonly known as saltwort: 'Kali is of two cubits of height, having no prickles or thorns, and is sometimes very red, salty in taste, with a certain ungratefull smell, found & gathered in salty places, out of which, the salt of Alkali may be purchased.' 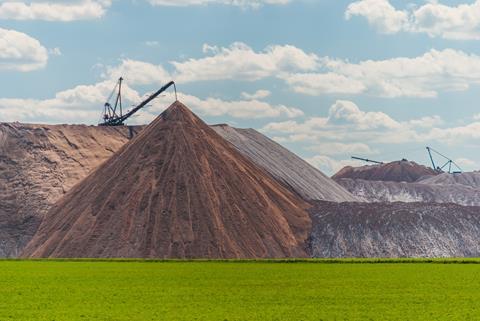 His method of production of this 'salt of alkali' is pretty similar to that described by Boerhaave with both processes actually yielding an impure mixture of what we would now call potassium and sodium carbonates. The wood ash method yielding more potassium carbonate: Potash. The salty herbs giving more sodium carbonate: Soda. However, it is from the herb kali, that we owe the word that describes both – al-kali or alkali; the 'al' prefix simply being Arabic – the definite article 'the'. 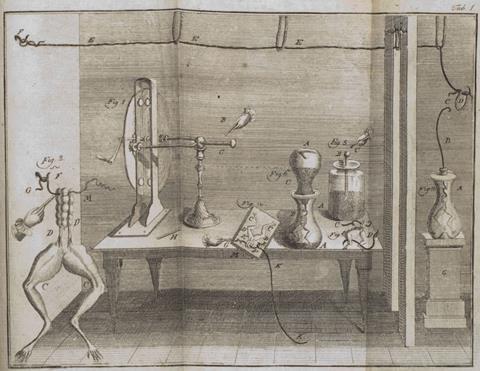 Almost twenty years earlier, the Italian physician Luigi Galvani noticed that when he touched the central nerve of a dead frog with a metal knife, the muscles in the frog's leg violently contracted. After further experiments, he found that combinations of different metals gave even stronger effects. His fellow countryman, Alessandro Volta, recognised the electrical origin of these observations, and went on to develop the so-called Voltaic pile. This device consisted of alternating plates of two different metals, such as copper and zinc, sandwiched with cloth soaked in a solution of brine.

Such a voltaic pile had been used in spectacular fashion at the turn of the century by English chemists William Nicholson and Anthony Carlisle to decompose – or electrolyse – water into its constituent elements hydrogen and oxygen. Humphry's younger brother John Davy stated that this experiment 'immediately impressed powerfully the mind of my brother.'

In his notebook in August 1800, Humphry records 'I cannot close this notice without feeling grateful to Volta, Nicholson, and Carlisle, whose experience has placed such a wonderful and important instrument of analysis in my power.'

It was to caustic potash that Humphry focussed his attention. It had been suspected for a while that this substance was not elemental, but its exact nature unknown. Lavoisier's Elements of Chemistry from which Humphry taught himself chemistry as a young lad made it quite clear that both potash and soda were compounds and likely to be decomposed into their true constituent elements in the future. Davy himself suspected potash to be composed of phosphorus or sulfur united to nitrogen.

After unsuccessfully trying to electrolyse aqueous solutions of potash, during which he only succeeded in breaking apart the water, he reasoned that he needed to do away with the water and try to electrolyse molten caustic potash. This he did on the sixth of October, 1807 using the large voltaic pile he had built at the Royal Institute in London. His younger cousin, Edmund Davy, was assisting Humphry at the time and he relates how when Humphry first saw 'the minute globules of potassium burst through the crust of potash, and take fire as they entered the atmosphere, he could not contain his joy – he actually danced about the room in ecstatic delight; some little time was required for him to compose himself sufficiently to continue the experiment.' 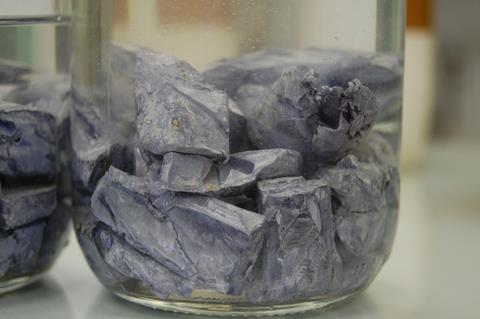 Davy had every right to be delighted with this amazing new metal: it looked just like other bright, shiny metals but its density was less than that of water. This meant the metal would float on water – at least, it would do if it didn't explode as soon as it came into contact with the water. Potassium is so reactive, it will even react and burn a hole through ice! This was the first alkali metal to be isolated, but Davy went on to isolate sodium, calcium, magnesium and barium.

Whilst Davy named his new metal potassium after the potash from whence it came, Berzelius, the Swedish chemist who invented the international system of chemical symbols now used by chemists the world over, preferred the name kalium for the metal, better reflecting its true origins, he thought. Hence it is due a small salty herb that we now end up with the symbol K for the element pot-ash-ium, potassium.

Cambridge Chemist Peter Wothers. Next time beautiful but deadly is the name of the game.

Arsenic gets its name from a Persian word for the yellow pigment now known as orpiment. For keen lexicographers, apparently the persian word in question Zarnikh was subsequently borrowed by the Greeks for their word arsenikon which means masculine or potent. On the pigment front, Napoleon's wallpaper just before his death is reported to have incorporated a so-called Scheele's green which exuded an arsenic vapour when it got damp.

So potent or not, licking the wallpaper in Napoleon's apartments is definitely off the menu. That's Bea Perks who will be with us next time to tell us the deadly tale of arsenic, I hope you can join us. I'm Chris Smith, thank you for listening and goodbye.