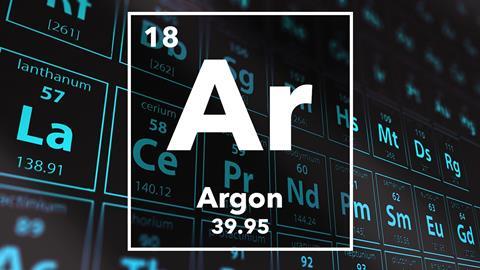 Hello, this week the element that's so indolent that scientists at one time thought it wouldn't react with anything, but in the chemical world laziness can have its advantages especially if it's super quiet car tyres or a safe chemical with which to pump up your diving suit that you're after.

Argon's name comes from the Greek word argos meaning lazy and indeed for more than a hundred years after its discovery chemists were unable to get it to combine with any other elements. But in the year 2000, chemists at the University of Helsinki led by Markku Räsänen announced the first ever compound: argon fluorohydride. They made it by condensing a mixture of argon and hydrogen fluoride on to caesium iodide at -265°C and exposing it to UV light. On warming above just -246°C it reverted right back to argon and hydrogen fluoride. And no other process has ever induced argon to react – a truly lazy element.

There are 50 trillion tonnes of argon swirling around in the Earth's atmosphere and this has slowly built-up over billions of years, almost all coming from the decay of the radioactive isotope potassium-40 which has a half-life of 12.7 billion years. Although argon makes up 0.93% of the atmosphere it evaded discovery until 1894 when the physicist Lord Rayleigh and the chemist William Ramsay identified it. In 1904 Rayleigh won the Nobel prize for physics and Ramsay won the Nobel prize for chemistry for their work. 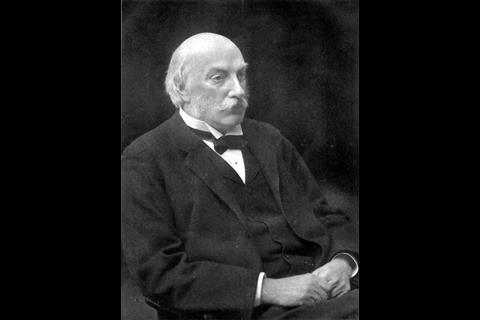 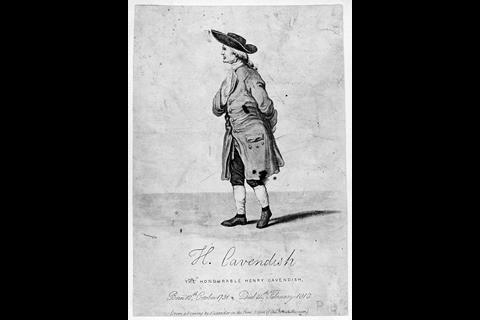 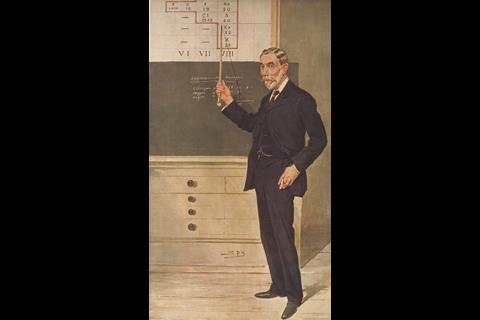 The story of its discovery started when Rayleigh found that the nitrogen extracted from the air had a higher density than that made by decomposing ammonia. The difference was small but real. Ramsay wrote to Rayleigh suggesting that he should look for a heavier gas in the nitrogen got from air, while Rayleigh should look for a lighter gas in that from ammonia. Ramsay removed all the nitrogen from his sample by repeatedly passing it over heated magnesium, with which nitrogen reacts to form magnesium nitride. He was left with one percent which would not react and found it was denser than nitrogen. Its atomic spectrum showed new red and green lines, confirming it a new element. Although in fact it contained traces of the other noble gases as well.

Argon was first isolated in 1785 in Clapham, South London, by Henry Cavendish. He had passed electric sparks through air and absorbed the gases which formed, but he was puzzled that there remained an unreactive 1%. He didn't realise that he had stumbled on a new gaseous element. 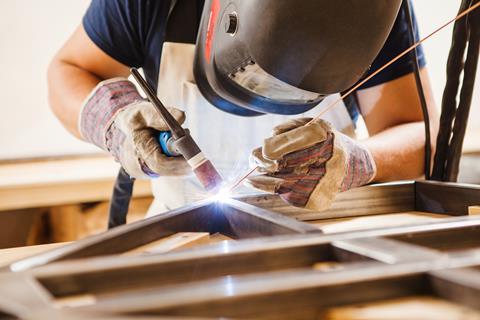 A flow of argon is required when welding aluminium

Most argon goes to making steel where it is blown through the molten iron, along with oxygen. Argon does the stirring while the oxygen removes carbon as carbon dioxide. It is also used when air must be excluded to prevent oxidation of hot metals, as in welding aluminium and the production of titanium to exclude air. Welding aluminium is done with an electric arc which requires a flow of argon of at 10-20 litres per minute. Atomic energy fuel elements are protected with an argon atmosphere during refining and reprocessing.

The ultra-fine metal powders needed to make alloys are produced by directing a jet of liquid argon at a jet of the molten metal. 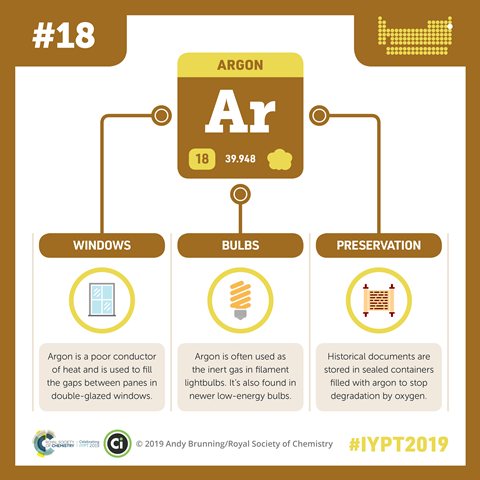 Some smelters prevent toxic metal dusts from escaping to the environment by venting them through an argon plasma torch. In this, argon atoms are electrically charged to reach temperatures of 10 000°C and the toxic dust particles passing through it are turned into to a blob of molten scrap.

For a gas that is chemically lazy argon has proved to be eminently employable. Illuminated signs glow blue if they contain argon and bright blue if a little mercury vapour is also present. Double glazing is even more efficient if the gap between the two panes of glass is filled with argon rather than just air because argon is a poorer conductor of heat. Thermal conductivity of argon at room temperature (300 K) is 17.72 mW m-1 K-1  (milliWatts per metre per degree) whereas for air it is 26 mW m-1 K-1. For the same reason argon is used to inflate diving suits. Old documents and other things that are susceptible to oxidation can be protected by being stored in an atmosphere of argon. Blue argon lasers are used in surgery to weld arteries, destroy tumors and correct eye defects. 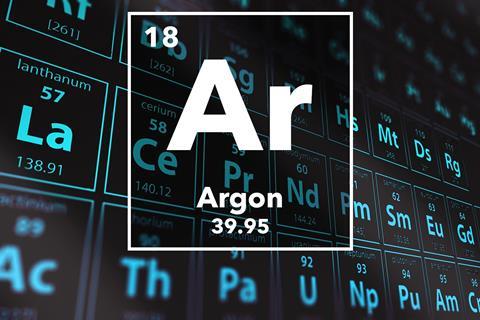 The most exotic use of argon is in the tyres of luxury cars. Not only does it protect the rubber from attack by oxygen, but it ensures less tyre noise when the car is moving at speed. Laziness can prove useful in the case of this element. Its high tech uses range from double glazing and laser eye surgery to putting your name in lights.

John Emsley unlocking the secrets of the heavier than air noble gas argon. Next week, would you marry this man?

It's almost never the case where the popular elements are that way because of their utility and interesting chemistry. But for gold and silver it's all so superficial. They are more popular because they're prettier. My wife for example, a non chemist, wouldn't dream of wearing a copper wedding ring. That might have something to do with the fact that copper oxide has an annoying habit of dyeing your skin green. But if she only took the time to learn about copper, to get to know it some; maybe then she would be likely to turn her back on the others and wear it with pride.

Steve Mylon's back to cross your palm with copper on next week's Chemistry in its element, I hope you can join us. I'm Chris Smith, thank you for listening and goodbye.