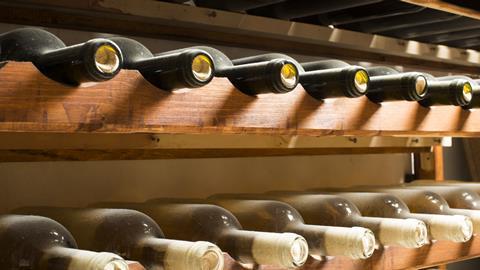 Raising a glass to the compound behind some of our favourite beverages, here's Tim Harrison with ethanol

This week, the compound behind our favourite social beverage. Let's raise our glasses for Tim Harrison:

Ethanol is a simple molecule containing only 9 atoms and known to humans long before the advent of modern chemistry. It has many everyday uses ranging from solvents, cleaning products, fuel for table top cookery, industrial applications and even medical uses. Ethanol even finds its way into thermometers where it is coloured red. However, you are probably most familiar with ethanol as the psychoactive drug in alcoholic drinks such as beers, wines and spirits. 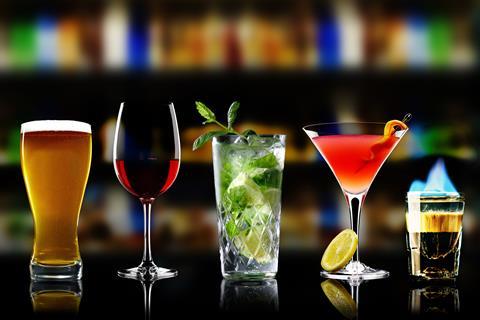 Ethanol use is thought to date back to pre-history where it would have been produced by the natural fermentation of sugars in fruits. Fermentation requires enzymes from yeasts and takes place anaerobically (that means without oxygen), making solutions that are up to about 15 per cent ethanol. Apart from ethanol, carbon dioxide is also produced. But while controlled fermentation, or brewing, may originally have been developed as a way of making water safe to drink, the intoxicating effects of alcohol no doubt played some part in the popularising of its social consumption.

Ethanol has the chemical formula CH3CH2OH and is often simply called 'alcohol' by the general public. However, the term alcohol actually refers to a whole family of organic chemicals of which ethanol is only one member. Ethanol is also known by a number of other names such as ethyl alcohol, ethyl hydrate and grain alcohol. Alcohols have a hydroxyl group - that is an O to an H, in which an oxygen atom bonded to hydrogen is covalently bonded to a carbon. The hydroxyl group should not be confused with the hydroxide ion, OH-. 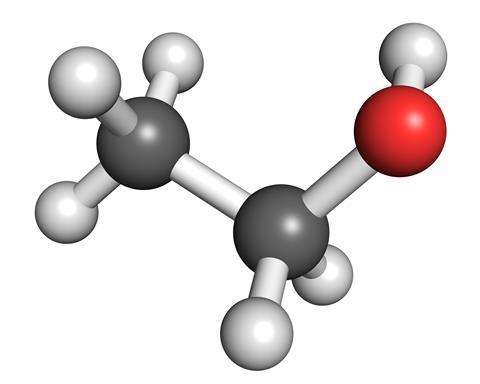 The electronegativity of the oxygen atom, which polarises hydroxyl groups, is what makes ethanol such a good polar solvent - and this is a major use for ethanol in chemistry. It mixes with water in all proportions forming hydrogen bonds between the hydroxyl group of the alcohol with those in the water.

Alcohol for human consumption - such as wine or whisky - is subject a high level of tax, or duty. To avoid paying duty for industrial applications of ethanol, for example in perfumes as the solvent for fragrance chemicals, it must be made unfit for drinking. Ethanol treated this way is said to be 'denatured', and in perfumery this is done by adding a small amount of denatonium benzoate, which is an extremely bitter tasting material whose trade name is Bitrex. Other denaturing agents used elsewhere include methanol, other alcohols and ketones. Methylated spirit is ethanol mixed with 10 per cent of the toxic alcohol methanol. Sometimes, as in the UK, the methanol is added along with a characteristic purplish dye.

Ethanol can also be made industrially in a number of ways that do not rely on the slow conversion of sugars by yeasts to a low concentration in water solution. Ethene (or ethylene to use its older name) from the petroleum industry can be hydrated using steam and catalysts to make ethanol quickly and in high yields.

Historically, ethanol has been used as a fuel - you may even have once had a chemistry set with a methylated spirit or alcohol burner in it to act as a heating source. Ethanol has a combustion value of 26.8MJ/kg, which is better than that of wood but less than that of petrol. In these days where using crude oil as a source of fuels is being examined closely - both because of climate change and the depletion of the world reserves - ethanol, a green fuel, is becoming more widely used. 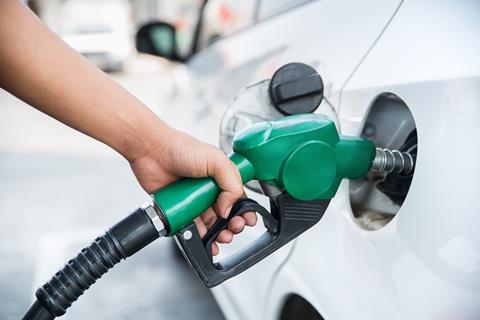 Ethanol for fuel is currently produced from sugar-rich crops such as sweet corn or sugar cane, but there is a growing field of chemistry devoted to transforming cellulose from waste or non-food crops or using algae to produce ethanol. In this way land used for growing food is not removed from food crop production. In Brazil, 25 per cent ethanol is usually mixed into petrol. In the United States, two variants are commercially available: E85 contains 85 per cent ethanol and 15 per cent petrol (or gasoline), but can only be used in specially modified engines, whereas Gasohol - which has 10 per cent ethanol and 90 per cent petrol - can be used in unmodified vehicles.

Ethanol can also be used in fuel cells where it can react with the oxygen in the air over a platinum catalyst. This does not produce heat and light, but coverts the ethanol's chemical energy directly into electrical energy. Perhaps one day it may be possible to take your laptop or mobile phone to the pub and pour a shot of whisky into the fuel cell contained in the device - or to the battery charger - rather than connect it to the mains electricity supply.

As well as burning it, ethanol can also be partially oxidised to both an aldehyde (called ethanal or acetaldehyde) and carboxylic acid (called ethanoic or acetic acid). When alcoholic beverages go off or turn to vinegar - which is essentially ethanoic acid - it is acetobacter bacteria in the air that bring about the oxidation. An oxidation process is also how the body gets rid of ethanol from our systems, and partially oxidised ethanal is thought to be contributing to the symptoms of the hangover that follows excessive drinking. 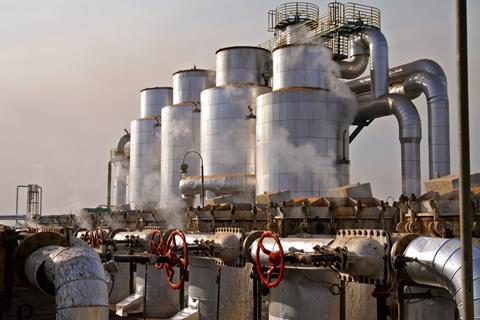 In the laboratory, acidified potassium dichromate can be used to bring about both oxidations. The oxidation to ethanoic acid requires more oxidising agent than for the first step to the aldehyde. The colour change for this reaction, from orange to green, used to be used in the first breathalysers before more accurate electrochemical devices came into use. These were made from simple tubes packed with silica gel soaked in orange potassium dichromate solution. Drivers suspected of being drunk would be made to blow into the tube, and as the alcohol in their breath reacted with the dichromate ions, the green colour of hydrated chromium(III) ions spread further down the tube, giving an indication of how much alcohol was present in the breath and hence how much alcohol they had consumed.

Ethanol can also be used as a chemical feedstock for the production of other useful materials. Two common examples are its dehydration to ethene by passing the vapour over heated aluminium oxide or over tiny bits of porcelain which contain aluminium ions; and its use in making many esters when reacted, of course, with the appropriate carboxylic acids. For example ethyl ethanoate (ethyl acetate) is the solvent smell associated with impact adhesives.

So, a chemical that has been familiar for at least 9000 years is still is proving very useful in its traditional roles and in many new technology applications.

Indeed, drinks, fuel, medicine and more. Personally, I'm keeping my fingers crossed to be able to use it to charge my phone whilst in a bar. That was Bristol University's Tim Harrison with the versatile chemistry of ethanol. Now, next week, a thin line between love and hate. Or it may be just hate.

But what about hatred? Is there a molecule you really hate? One you'd want to see exterminated? For me there is one molecule, one amazing molecule, that stands out from the crowd.

That molecule is sulfur hexafluoride, SF6. And I hate it.

And to find out just why UCL's Andrea Sella hates sulfur hexafluoride so much, and also to hear both sides of the story so you can make you own mind up, join us for next week's Chemistry in its element. Until then, thank you for listening. I'm Meera Senthilingam.