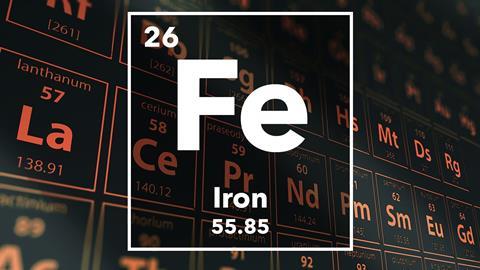 Hello, this week we turn to one of the most important elements in the human body. It's the one that makes metabolism possible and don't we just know it. There are iron man challenges, iron fisted leaders and those said to have iron in the soul. But there's a dark side to element number 26 too because its powerful chemistry means that it's also bad news for brain cells as Nobel Laureate Kary Mullis explains.

For the human brain, iron is essential yet deadly. It exists on Earth mainly in two oxidation states – Fe(II) and Fe(III). Fe(III) is predominant within a few meters of the atmosphere which about two billion years ago turned 20% oxygen – oxidizing this iron to the plus three state which is virtually insoluble in water. This change from the relatively plentiful and soluble Fe(II), took a heavy toil on almost everything alive at the time. 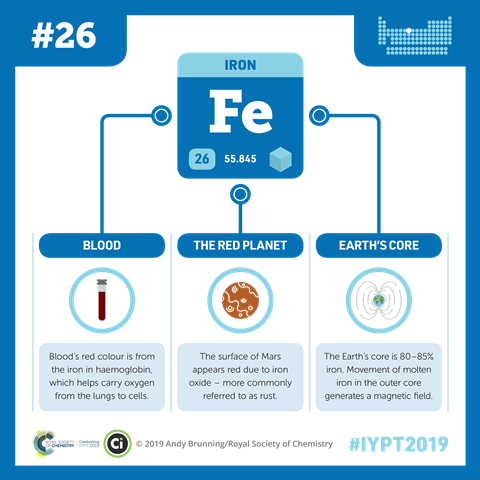 Surviving terrestrial and ocean-dwelling microbes developed soluble siderophore molecules to regain access to this plentiful, but otherwise inaccessible essential resource, which used hydroxamate or catechol chelating groups to bring the Fe(III) back into solution. Eventually higher organisms including animals, evolved. And animals used the energy of oxygen recombining with the hydrocarbons and carbohydrates in plant life to enable motion. Iron was essential to this process.

But no animal, however, has been able to adequately deal, in the long run – meaning eighty year life spans – with the fact that iron is essential for the conversion of solar energy to movement, but is virtually insoluble in water at neutral pH, and, even worse, is toxic. 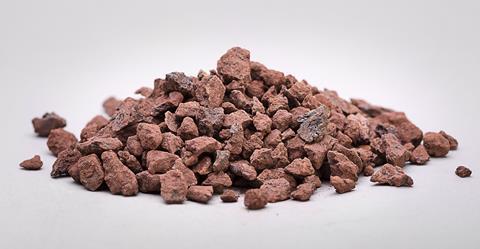 Carbon, sulfur, nitrogen, calcium, magnesium, sodium, maybe ten other elements are also involved in life, but none of them have the power of iron to move electrons around, and none of them have the power to totally destroy the whole system. Iron does. Systems have evolved to maintain iron in specific useful and safe configurations – enzymes which utilize its catalytic powers, or transferrins and haemosiderins, which move it around and store it. But these are not perfect. Sometimes iron atoms are misplaced, and there are no known systems to recapture iron that has precipitated inside of a cell. 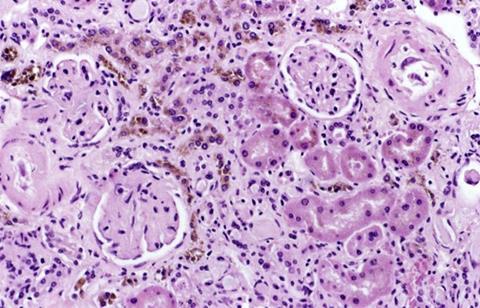 In some tissues, cells overloaded with iron can be recycled or destroyed – but this doesn't work for neurons.

Neurons sprout thousands of processes during their existence – reaching out to form networks of connections to other neurons. During development of the adult human brain a large percentage of cells are completely eliminated, and some new ones are added. It is a learning process. But once an area of the brain is up and running, there is nothing that can be done biologically, if a large number of its cells stop working for any reason. 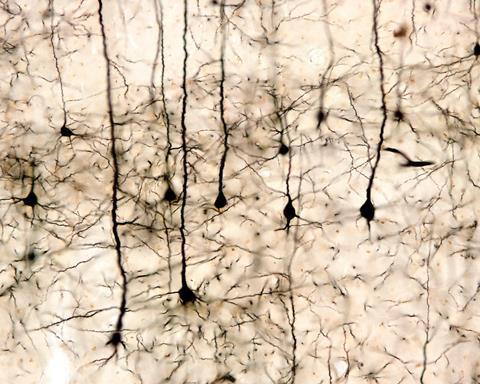 Pyramidal neurons of the cerebral cortex impregnated with the Golgi method

And the slow creep of precipitating iron over many decades is perhaps most often that reason. In less sophisticated tissues, like the liver, new stem cells can be activated, but in the brain, trained, structurally complex, interconnected neurons are needed, with thousands of projections that are accumulated over a lifetime of learning. So the result is slowly progressive neurodegenerative disease, like Parkinson's and Alzheimer's.

This same basic mechanism can result in a variety of diseases. There are twenty or thirty proteins that that deal with iron in the brain – holding iron and passing it from place to place. Every new individual endowed with a new set of chromosomes is endowed with a new set of these proteins. Some combinations will be better than others and some will be dangerous individually and collectively. 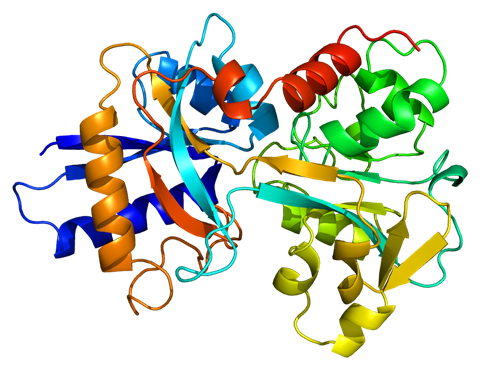 Structure of the transferrin (TF) protein

A mutation in a gene that codes for one of these proteins could disrupt its function – allowing iron atoms to become lost. These atoms that have been lost from the chemical groups that hold them will not always be safely returned to some structure like transferrin or haemoferritin. Some of them will react with water and be lost forever. Only they aren't really lost. They are piling up in the unlucky cell types that were the designated locations for expression of the most iron-leaky proteins. And oxides of iron are not just taking up critical space. Iron is very reactive. The infamous 'reactive oxygen species' which have been suspected of causing so many age related illnesses may just derive from various forms of iron.

It is time for specialists trained in chemistry, and with an eye to the chemistry of iron, to pay some attention to neurodegenerative disease.

Kary Mullis telling the story of iron, the element that we can't do without, but which at the same time could hold the key to our neurological downfall. Next time on Chemistry in its element Johnny Ball will tell the story of Marie Curie and the element that she discovered and then named after her homeland.

Pitchblende, a uranium bearing ore, seemed to be far too radio active than could be accounted for by the uranium. They are sieved and sorted by hand, ounce by ounce, through tons of pitchblende in a drafty, freezing shed, before eventually tiny amounts of polonium were discovered.

So be radioactive or at least podcast proactive and join us for the mysterious story of polonium on next week's Chemistry in its element. I'm Chris Smith, thank you for listening, see you next time.