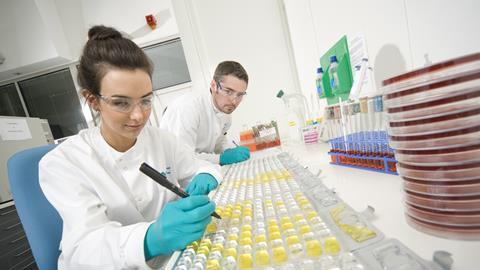 The chemists at the heart of the urban water cycle

‘A lot of people, when I tell them about my job, they go “Eeew, you work in the sewage works?”,’ laughs Karen Farr, Northumbrian Water’s technical support advisor for wastewater quality. ‘I don’t think people think about what happens after they flush the toilet – out of sight, out of mind. It really is such a complex, fascinating process.’

The Howdon wastewater treatment plant, at the mouth of the river Tyne, UK, doesn’t have more than the occasional whiff of odd smells. Those come from inside one of the industrial-sized buildings, in which huge centrifuges remove water from sewage sludge from Newcastle-upon-Tyne and its surrounding area. ‘Everything at Howdon is covered because we’re so close to the local community,’ Farr explains. Located less than a mile from the nearest homes and shops, the largest treatment works between London and Edinburgh deals with wastewater from more than a million people, up to 12,000 litres per second. 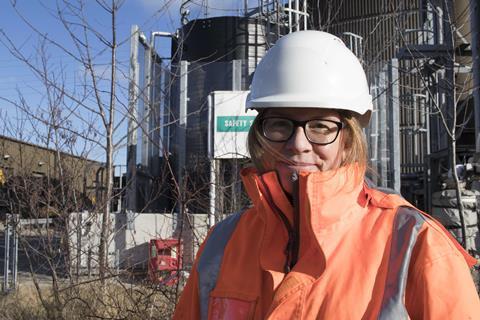 As a chemist, Farr had to come to terms with the fact that wastewater treatment mostly relies on microorganisms – a big learning curve, she admits. Now, she is excited to share her extensive knowledge about all the work plants put in to keep their bugs happy. After the sludge is dewatered in centrifuges, it is sterilised at high temperatures and pumped into one of the towering silos, where the bacteria get to digest it for around 10 days. Then, the sludge is dried and used as agricultural fertiliser.

The only chemical intervention in this process, Farr explains as she leads me to an on-site lab, are iron sulfate and acrylamide-based polymers. These compounds are used to adjust the sludge’s consistency. The analysts in the tiny shipping container lab also keep a watchful eye on pH levels to ensure that the bacteria will be content with their feed.

‘The most enjoyable thing about my job is being outside all day,’ Farr enthuses. With a hardhat and high-vis coat as her constant companions, she often troubleshoots problems at Northumbrian Water’s 412 treatment works. ‘You can have a look at results and processes on a computer screen, but there’s nothing that beats getting out to a place, seeing and smelling,’ she says. ‘Trickling filters on sewage works have a lovely, earthy smell when the biofilm is doing its work. But as soon as the nitrifying bacterial population fails, it starts to smell like raw sewage.’

As part of Northumbrian Water’s chemical investigation programme, Farr is also looking for new ways to remove phosphorus from wastewater. Excessive amounts of phosphates are a particular problem for smaller streams. The UK Environment Agency, for which Farr worked for three years, will probably soon decrease the allowed phosphate amount in effluents from the current 2mg per litre to a mere 0.1mg per litre.

Over a year of setting up and testing a biological phosphorus scrubbing process at a trial plant, Farr’s team already managed to get the discharge water’s phosphorus content down to 0.2mg per litre. ‘The next big thing we’ll be looking at is microplastics,’ she says.

After the sprawling industrial buildings of Howdon, the single building that is Lumley water treatment works looks understated. The soothing sound of rushing water from the particulates settling tanks belies the fact that the site converts 42 million litres from the river Wear into drinking water every day. ‘We have to maintain flow through the treatment works almost constantly, but most of the works can be taken offline for a certain amount of time if we felt anything wasn’t quite right,’ explains John Coulson, technical advisor for Northumbrian Water’s water treatment arm. A chemist with an MSc in environmental engineering, he spends much of his time trying to figure out how much chemical treatment the raw water needs.

At the site’s testing lab, Coulson has river water samples collected that same morning: the liquid is cloudy and light brown. ‘It’s what we would describe as a colloidal suspension, it has lots of microscopic particles with a negative surface charge that mutually repel each other – this means that we could leave this for weeks and it wouldn’t settle out,’ Coulson explains. ‘We have to do something to destabilise the charge, so we can separate it from the water.’ 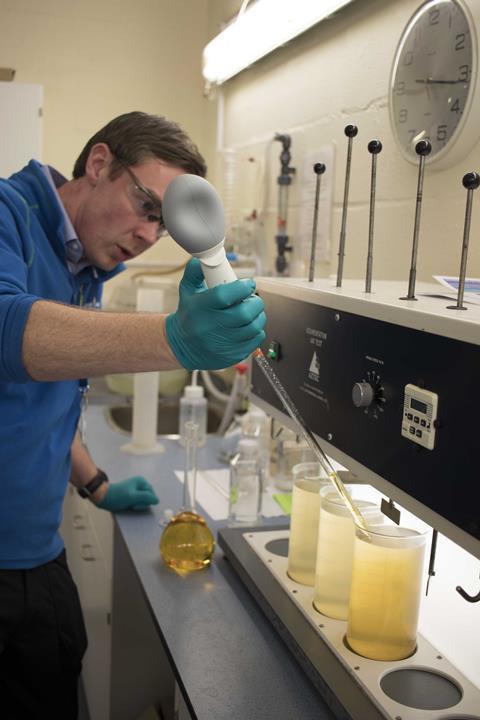 Flocculants like polyaluminium chloride – familiar to anyone using antiperspirants – iron chloride and polyelectrolyte polymers do just that. A minute after adding them, large particles form in the samples and start clumping together, leaving the remaining water markedly more clean and colourless. After finding the optimal flocculant combination and concentration, Coulson translates his one-litre experiments to the massive scale needed to treat the incoming river water.

In the clarifier basins behind the lab, the flocculant-dosed water is given time to rid itself of its solids, which settle in cone-shaped ‘blankets’. Before the water is then sent out to customers, it is disinfected with chlorine. For this, the site stores large amounts of the liquid halogen – the reason for the prominent chlorine alarm system at the building’s entrance.

During the entire process, the water’s pH level is carefully measured and adjusted. ‘The pH is critical to the coagulation process working right,’ Coulson explains. ‘We adjust pH by adding lime – calcium hydroxide – or an acid such as sulfuric acid.’

Even water from a single source like a river can change drastically in composition in a very short time. ‘There are times when you get water that’s very difficult to treat,’ recounts Coulson. Although the Lumley plant has three backup tanks to still supply drinking water at times when their water doesn’t pass quality checks, ‘these can be quite high-pressure situations’, he says.

To react to sudden changes, Coulson and his team has installed flocculant prediction systems at six of their treatment plants. ‘Most people would be very surprised to know that there’s so much going on to treat the water.’

‘I don’t think – in general – people understand the amount of analysis that goes into your water,’ says Carmen Maria Sanchez Fernandez. She has been with Northumbrian Water for 20 years. After receiving her chemistry master’s degree in Spain, Sanchez Fernandez joined the company as an intern wanting to learn English. Now, she leads the inorganic analysis laboratory, housed in a building next to the Howdon wastewater plant. 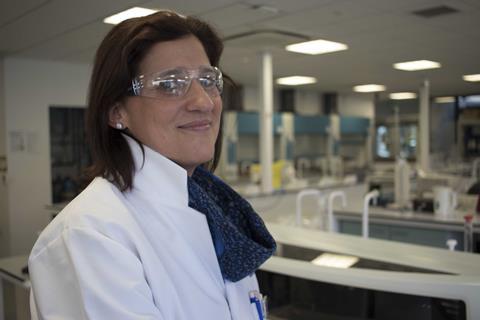 Carmen Sanchez Fernandez and her team work 365 days a year

The inorganics lab tests hundreds of waste and fresh water samples every day. The teams carry out simple analyses to measure pH and amount of suspended solids, as well as supervising sophisticated instruments that check for ammonia, phosphorus and fluoride levels.

The sheer volume of samples means each needs to be minutely labelled. A bar code identifies the sample as it makes its way through the lab; individual tests can be traced back to the analyst. The intricacies don’t stop at labelling. ‘Everything gets tested here, from the fridge in which the samples are stored to the automatic pipettes, which we us to prepare the samples – they are calibrated every day,’ Sanchez Fernandez explains. ‘There’s a lot of quality control carried out daily in our labs.’

A trolley with stacks of wastewater bottles – some of containing colourless liquids, others dark oils – shows the breadth of samples the scientists are confronted with. They not only test water from Northumbrian Water’s plants, but also run analyses for commercial clients on industrial wastewater, where the darkest samples hail from. Sewage and fresh water samples are strictly kept apart and even tested on separate machines.

If, during one of the tests, the value exceeds its pre-set boundaries, the system automatically alerts other teams of this ‘failure’. ‘If something seems particularly unusual, we first tend to repeat the analysis,’ explains Sanchez Fernandez.

Since wastewater disposal doesn’t stop for public holidays. ‘Not only do we sample 365 days a year, we also analyse,’ Sanchez Fernandez explains. ‘This lab runs six days out of seven.’ Some samples require a turnaround time of just 24 hours; people here have to be flexible. ‘Our workload on a daily basis can change dramatically; we never know how many samples will come in the next day.’