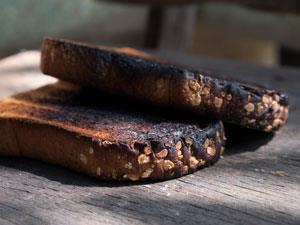 You may have been told by a helpful backseat cook that burnt toast can give you cancer. Martha Henriques asks whether there is grain of truth there is in this, and what we can do about it.

A substance called acrylamide is created when certain foods brown during cooking. It’s one of thousands of compounds made during the Maillard reaction, which happens in caramelising, toasting, baking, roasting, chargrilling, burning, and so on. Acrylamide has been linked to multiple kinds of cancer in animals, and some studies have reported a similar link in humans. 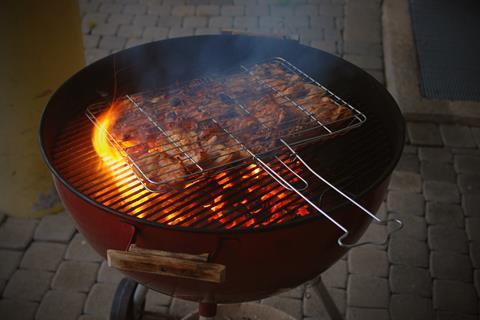 But with the data available at the moment, it’s far too simple to say that the acrylamide in burnt toast gives you cancer. Back in 2002 a group of researchers in Sweden measured acrylamide levels in food and provoked a lot of concern about the risks of dietary intake of the compound. Since then there has been a considerable growth of literature on acrylamide, with mixed conclusions.

Kathryn Wilson at Harvard Medical School in the US has researched acrylamide exposure with data from large-cohort studies surveying the diets of hundreds of thousands of subjects over intervals of several years. But even with a huge dataset, Wilson says it remains a complicated question.

Acrylamide and one of its breakdown products, glycidamide, are very bioactive compounds—they interact with molecules, including DNA, readily and frequently. But acrylamide exposure, Wilson tells me, isn’t just about which foods you eat, but how you store, prepare, and cook them. That kind of information isn’t always recorded in the datasets, so a lot of unknowns remain. Working in certain industries also increases exposure to acrylamide, and very high exposures can lead to nerve damage. Cigarettes are another big source of exposure. But Wilson says that many studies on acrylamide fail to take such factors such smoking and workplace exposure into account, limiting the useful conclusions they can provide.

But a high intake of acrylamide and the development of cancers in animals is less contentious. The problem comes from trying to extend these conclusions from mice to humans. Wilson says that the equivalent dose for a human compared to the acrylamide exposure of mice in most of these studies would be very large indeed, probably more than an average person would have to worry about.

Cross-species inferences are always riddled with exceptions and concerns, but in the absence of enough detailed data on human dietary consumption of acrylamide and disease incidence, it’s important evidence that can inform a judgment on whether acrylamide is a public health concern. 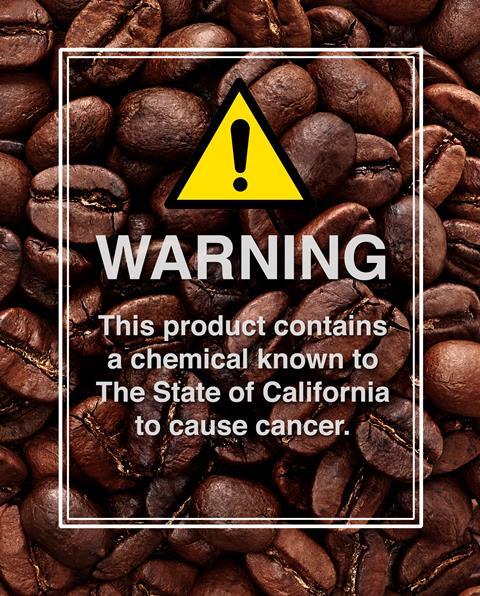 The European Food Safety Authority has reviewed the available literature on acrylamide, paying particular attention to animal studies. The EFSA published its scientific opinion in August 2015—twelve years after the initial Swedish study, and after organising several reports and conferences on the topic. Their opinion is that dietary acrylamide does pose a public health risk, but Luisa Ramos Bordajandi, a scientific officer at the EFSA’s unit on biological hazards and contaminants acknowledges that a lack of good, large-scale epidemiological studies in humans does pose a problem, and that the EFSA’s risk assessment was based on data from animal studies. However, Wilson doubts that the EFSA’s stance on acrylamide will have much impact on cancer incidence. For one thing, it’s hard to know what to do with this advice. As acrylamide is in so much of what we eat, she says, it isn’t a simple case of cutting it out of our diets. An attempt to do so could even do more harm than good; coffee, for instance, has relatively high levels of acrylamide, but it has also been linked to reduced incidence of several different cancers.

Wilson also has reservations about focusing on reducing the levels of acrylamide in food. An example of such an attempt is the genetically modified Innate potato that’s being marketed in the US. This potato has lower levels of the precursors to acrylamide— which are reducing sugars and the amino acid asparagine—so during storage and cooking conditions that would typically produce a lot of these precursors, this potato produces virtually none. Wilson says that it’s important to remember that acrylamide is one of thousands of molecules being formed and broken down in foods during cooking. What effect would removing acrylamide have on the other compounds being made in the Maillard reaction?

Wilson says that when considering a helping of chips, for instance, at the front of your mind should be the fat and salt you’re about to consume. These have well-characterised effects on blood pressure and risk of heart disease, which should make the slighter risk of cancer due to acrylamide in your chips pale into insignificance.

Martha Henriques on the risks posed by acrylamide, and how we understand them in a landscape of better-understood hazards. Next week, Rowena Fletcher-Wood introduces a much more significant hazard…

it is a colourless, toxic irritant and sensitiser, which damages the central nervous system, producing symptoms as extreme as tumours and seizures. The pungent smell of hydrazine is not unlike that of ammonia, and it is so powerful a reducing agent that it is highly explosive.

Considering this, it seems strange that around 100,000 metric tonnes of the stuff are manufactured worldwide every year.

Find out why we produce so much of something explosive, toxic and stinky next week. Until then, please do get in touch with any questions, comments or suggestions for compounds you’d like to hear on the Chemistry in its Element podcast. Find us on Facebook, tweet @chemistryworld, or email chemistryworld@rsc.org. I’m Ben Valsler, thanks for listening.