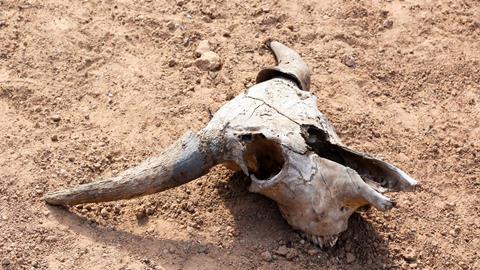 Matt Gunther looks into TCDD, or dioxin, and the tragic Seveso accident

This week, Matt Gunther has a particularly grim story, unearthed from beneath a beautiful park…

The Seveso Oak Forest Park in northern Italy looks like any other park with its lush greenery and babbling brooks. But it sits above the remnants of one of the largest environmental disasters in European history.

Forty years ago, part of a chemical manufacturing plant near Seveso in the small city of Meda exploded. On 10 July 1976, an error in the plant’s shutdown procedure led to steam building up within a reaction vessel used to produce 2, 4, 5-trichlorophenol – an intermediate in disinfectant manufacturing. At this point, thermal runaway took hold and the vessel’s contents quickly decomposed. 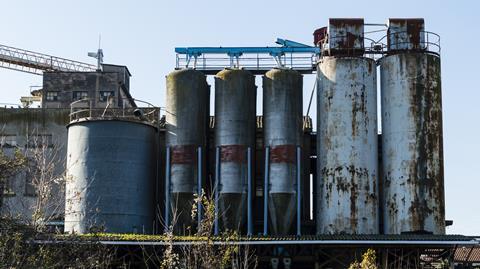 Once the reactor’s emergency relief valve opened, 1kg of white vapour escaped from the plant, along with tonnes of other chemicals, and spread over the surrounding countryside. The white vapour was 2,3,7,8-tetrachlorodibenzo-p-dioxin (TCDD), commonly known as ‘dioxin’.

At the time of the release, authorities didn’t really know how the chemical, a contaminant also found in the infamous wartime defoliant ‘Agent Orange’, would affect the surrounding population. They would soon find out.

Within days, Seveso’s farmlands were littered with scores of dead poultry and plants were covered in white spots. Farmers were quickly instructed to cull their livestock in a bid to stop dioxin from entering the local food chain, with thousands of animals eventually being slaughtered.

Just under a month after the accident, nearly 500 people were suffering from chloracne – a debilitating condition where the skin breaks out into hundreds of pustules and lesions. The gravity of the situation was exemplified in a short Time magazine report:

‘One farmer saw his cat keel over, and when he went to pick up the body, the tail fell off. When authorities dug the cat up for examination two days later, said the farmer, all that was left was its skull.’

Authorities were slow to react to the incident – only evacuating the area surrounding Meda almost a month after the plant explosion. Health centres were set up to monitor and give advice to local residents on the possible long term health effects of TCDD, even though little was known about its toxicity at the time. Due to this uncertainty, the Italian government even waived its own anti-abortion laws during the crisis.

Amidst the confusion, a small group of Italian doctors collected blood samples from affected residents. Their foresight has enabled researchers to understand dioxin’s effect on the human body. TCDD targets the aryl hydrocarbon receptor responsible for expressing genes that code for enzymes which break down foreign chemicals. Dioxin can supress this gene, allowing foreign agents to pass through the bloodstream unimpeded, or increase its activity and damage natural regulatory functions.

There is still some debate on TCDD’s mechanism of action, but its effects are all too clear to the naked eye. Back in 2004, a former Ukrainian presidential candidate, Viktor Yushchenko, was taken ill during an election before suffering a severe case of chloracne. For those studying TCDD’s toxicity through events such as the Seveso tragedy, it was self-evident Yushchenko had been poisoned with dioxin.

Yushchenko would go on to make a full recovery, but the scars of Seveso did not heal for many years, with a tumultuous atmosphere hanging over the community. A year after the accident, the town’s chief medical officer was shot in a spate of attacks that would later include the assassination of a former manager at the Meda plant.

Residents were eventually allowed to return to Seveso, but at a great cost. The culled livestock, along with dioxin-contaminated soil and debris, was buried in two long cement trenches. Treated and filled with cement, these tombs now lie below a leafy woodland area called Bosco delle Querce, also known as Seveso Oak Forest Park.

Matt Gunther there with dioxin, and the horrifying story of the Seveso disaster. Next week, Katrina Krämer helps us to relax…

Tubocurarine was effective at producing complete muscle paralysis, but it dangerously lowered patients’ blood pressure … In the 1950s, scientists started to look for alternatives. In 1964, their efforts produced pancuronium bromide . It was first tried on humans in 1966, and proved to be about ten times as potent as tubocurarine with only minimal side-effects.

Join Kat next week to learn more about pancuronium bromide and its role in surgery. Until then, get in touch with any comments or compound suggestions – email chemistryworld@rsc.org or tweet @chemistryworld. I’m Ben Valsler, thanks for joining me.