Welcome to our everyday chemistry collection 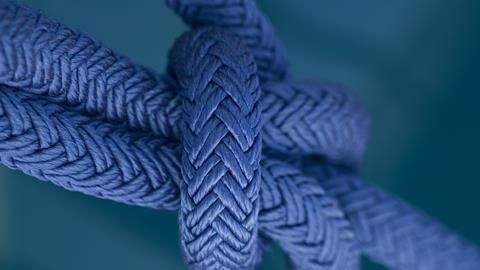 For process chemists, simple solutions to complex problems are crucial. Metathesis is a cost-effective, reliable and scalable tool that enables innovation

Process chemists have a lot on their minds. Day-to-day, they are tasked with improving, refining and sometimes redesigning the chemical steps that will one day produce a commercially marketed compound. In the longer term, process chemists are challenged by moving project targets, which can pile on more pressure when they already feel stretched. And to address ever more challenging problems, synthetic chemists are turning to larger and more complex molecules, leading process chemists into uncharted chemical space. No wonder why it has been said that process chemists don’t sleep – especially when their pilot plant is running a campaign.

Though the problems they are assigned to solve can be complex, process chemists tend to seek the simplest solutions possible

Though the problems they are assigned to solve can be complex, process chemists tend to seek the simplest solutions possible. After all, their job is to deliver a process that is safe, reliable and inexpensive. Added complexities run counter to these goals. So it follows that the bread and butter of industrial processes are simple, tried and true organic reactions that can be executed without specialised equipment or know-how.

In a given process however, there is almost always at least one exception to this rule – a linchpin that connects one straightforward reaction sequence with another. Often described as an enabling step, it disproportionately impacts the overall efficiency of a process. Whether a reaction explored to date solely by academic groups, or an unprecedented transformation that sprang by necessity from a chemist’s imagination, such a step demands additional attention. Because the reward is great, an investment of precious time and resources is warranted..

The right tool for the job

If you asked process chemists to list the reactions they think of as enabling, you would probably receive answers like asymmetric hydrogenation and dynamic kinetic resolution. You might hear about a C–H activation that leapfrogged a step or two in an existing cross-coupling sequence. Less than 20 years ago, that cross-coupling sequence itself might have been considered enabling. If you talked to enough process chemists, you would eventually come across one who had worked on an alkene metathesis reaction as an enabling step.

Alkene metathesis started as an oddity. Propylene’s disproportionation into ethylene and 2-butene was known long before anyone had any clue how it worked, or how it might be applied. Decades of work by both industrial and academic chemists led to an understanding of this process that would earn Robert Grubbs, Richard Schrock and Yves Chauvin the 2005 Nobel prize. Today, metathesis catalysts have evolved into an advanced and versatile tool and can be applied to a wide variety of targets for scale-up.

While contemplating alkene metathesis, a chemist familiar with pharmaceutical process chemistry may first think of highly complex molecules like macrocyclic Hepatitis C virus protease inhibitors ciluprevir, simeprevir and paritaprevir. Indeed, alkene metathesis functioned as an enabling step in each of these compounds’ development, and in the case of simeprevir (Figure 1) was even used at commercial scale.1 Furthermore, many other examples of metathesis macrocyclisation to prepare clinically or commercially relevant molecules can be found in journals and patent literature.2

Figure 1: Alkene metathesis is a key step in simeprevir’s synthesis

However, alkene metathesis has its roots in the reactions of much simpler molecules. It can enable efficient transformations in many contexts. For example, cross metathesis reactions using the natural oil methyl oleate have been explored extensively. These reactions would allow incorporation of non-petroleum feedstocks into products like speciality surfactants and waxes. One might think that a proprietary catalyst – the Umicore Grubbs catalyst M202 for example – would be cost prohibitive in this sort of application. However, even an expensive catalyst can more than repay its cost by exhibiting a high turnover number. In the case of methyl oleate, its relative simplicity and lack of highly coordinating functional groups allow for extremely efficient catalysis. For several cross metathesis reactions of fatty acid methyl esters, turnover numbers in the tens or even hundreds of thousands are achievable (Scheme 1).3,4 This makes the approach economically viable, even when subject to demanding cost requirements.

For molecules between these extremes, there are ample opportunities for alkene metathesis to make synthesis more efficient. Heterocycles (especially those containing nitrogen) have long been ubiquitous in molecules of pharmaceutical interest. With the recent shift toward more three-dimensionality in drug design, saturated N-heterocycles like pyrrolidines and piperidines are becoming increasingly common molecules that process chemists aim to deliver on scale. Though traditional approaches tend to disconnect these rings through a carbon–nitrogen bond, alkene metathesis offers an alternative bond disconnection through a carbon–carbon bond.

When a 5- or 6-membered heterocycle is needed, it can be traced back to an allyl or acryloyl electrophile and an allylic or a homoallylic amine (Scheme 2). Reagents in the former category include allyl chloride or acryloyl chloride, which are quite easy and inexpensive to obtain. Allylic and homoallylic amines are also commonly available to purchase, but specific substitution patterns and stereochemistry might require de novo synthesis. One broadly applicable approach to these sorts of molecules that has been implemented at scale is the reaction of an appropriate tert-butanesulfinyl imine (enantioenriched, if needed) with a vinyl or allyl nucleophile leading to an allylic or homoallylic amine, respectively.5 A broad range of pyrrolidines and piperidines are accessible in a few steps from commercial starting materials via alkene metathesis.

Scheme 2: Retrosynthetic approaches to 5- and 6-membered N-heterocycles via alkene metathesis

If you’re wondering how the metathesis approach might compare to pathways such as N- alkylation, there isn’t a general answer. In some cases, traditional chemistry may prove the simpler and more cost-effective route. In others, for example the synthesis of N-Boc-pyrroline, alkene metathesis may be the greener, more efficient and better overall approach.

The path from discovery to market in the chemical industry is never easy. However, using innovative technologies like Umicore’s alkene metathesis offerings, process chemists can rest easy in the knowledge that they have provided the most efficient, sustainable and scalable routes to new molecules.

Welcome to our everyday chemistry collection