Making drugs is neither easy nor cheap – but catalysts, flow chemistry and a knowledge of intermolecular interactions can help

A growing, ageing population and their associated complex healthcare needs has, in recent years, placed considerable pressure on the pharmaceutical industry. As well as managing the increased cost of bringing pharmaceuticals to market, further emphasis is being placed on delivering rapid affordable patient care. With drug development taking over 10 years, pharmaceutical synthesis and manufacturing must be streamlined at every opportunity.

Pharmaceutical manufacture is a challenging industry. Scientific innovators at the forefront of pharmaceutical research face a myriad of synthetic challenges compounded by the spiralling cost needed to solve these problems. Recent analysis of the pharmaceutical R&D process estimates the cost of bringing a drug to market has risen to around $2 billion in 2017, double the cost in 2013.

The inherently complex structure of active pharmaceutical ingredients (APIs), essential to the activity of drugs, means the full synthesis could require multiple, diverse reaction steps. Further complicating API development is the strict regulation surrounding them, such as dictating concentrations of impurities that make product isolation and purification high priorities. Consequently, synthetic inefficiency, through either lengthy processes or an excessive number of steps, has both a detrimental environmental impact and delays the delivery of patient care.

In practice, the process of streamlining drug development is challenging. Industrial solutions combating reaction inefficiency rely on the combination of technological innovation and scientific development expertise. Along the whole drug development process, from early conception to formulation optimisation, there are various opportunities where processes can be accelerated. It is up to the industry to seize these opportunities as they present themselves.

The first monumental task in any drug development process is the API synthesis from reagents to the final product. Theoretically there will be multiple possible mechanisms that can be proposed for any synthesis. While some will be lengthy, the task of finding the shortest, most efficient reaction pathway requires chemical innovation and creativity. When contemplating the desire for faster, efficient reactions, any chemist will at some point consider catalysis.

Catalysis has been an essential component of the chemical industry following decades of research at both industrial and institutional levels. Metal catalysts provide alternative reaction pathways that speed up the processes of bond breakage or formation, thus mediating the faster production of the desired product. A range of industrial chemicals necessitate catalysis: be it the synthesis of ammonia, using an iron catalyst;

Or the production of synthesis gas (syngas) that uses a nickel catalyst.

The use of catalysis in the manufacture of pharmaceuticals has previously been relatively niche. Owing to the complex structure of APIs, typically containing multiple chiral centres, synthesis is a complex task that requires multiple precise stereoselective reactions. As the industrial and academic understanding of catalysis has improved, the advantages it brings cannot be ignored, with interest growing in recent years.

Many pharmaceutical compounds contain chiral centres. Cipralex (left) is an antidepressant and Levofloxacin (right) is an antibiotic defined by the WHO as an essential medicine

Consider an example where one major route along the API pathway requires the reduction of a ketone to a stereospecific alcohol. Any synthetic chemist would be able to list a plethora of plausible mechanisms, such as nucleophilic addition involving NaBH4 or LiAlH4, followed by an enantiomeric separation of the desired stereoisomer. One likely alternative route could involve catalysis. Specific catalysts are stereoselective and are often able to react at specific reaction sites, reducing the prospect of unwanted side reactions. Careful catalyst selection could permit this ketone reduction to proceed in a single, stereoselective step, potentially avoiding the separation step altogether.

Consideration of catalysis need not be performed retrospectively. Performing effective hypothetical reaction pathway postulation assists in reducing the time taken to decide the direction for a reaction synthesis. Catalytic screening is useful in these early stages. Proposed reaction mechanisms can be combined with software such as Johnson Matthey’s Catalytic Reaction Guide, which can assist in determining the validity of a catalyst driven reaction. Chemistry is diverse and multiple possible reactions can lead to the same structure. This presents various opportunities to implement catalysis into any API development process.

Once a synthetic route has been decided, the job of scaling begins. Processes that work on a laboratory scale cannot always be directly scaled to a larger production. Industrial challenges are faced by companies of various sizes and are typically overcome through collaborations and the sharing of scientific expertise. 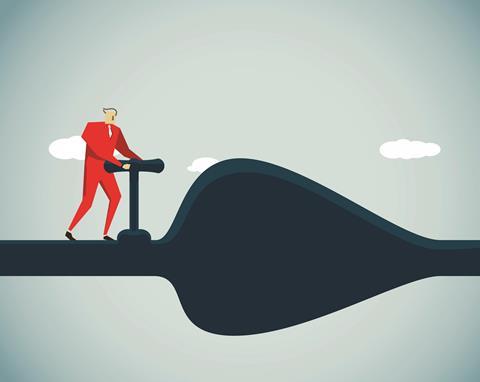 Collaboration is an essential component of research. While it has always been prevalent, the digital age has facilitated academic and industrial partnerships to extents not previously possible. For API development, working with academic or industrial experts allows the collective community to overcome the synthetic or process challenges encountered. One recent process development has involved the integration of continuous reaction pathways into API synthesis. As an example of industrial collaborations, last year this technology was implemented at Johnson Matthey following collaboration with Snapdragon Chemistry, a leading developer of continuous flow chemistry solutions.

Continuous reaction processes work by applying a constant flow of raw reagents while simultaneously removing products. The advantage of these methodologies is, as the name suggests, in the continual process necessitating little production downtime and shortening the API production process. In fact, it is possible that a month-long batch process could be shortened to just a single day using continuous manufacture technology. In addition, the process of continually removing the API product reduces the opportunities for unwanted side-reactions to occur. Furthermore, continuous product purification and isolation can also be integrated, further accelerating the synthetic process.

Following API synthesis, the next task is addressing how the drug is administered. Molecules can have different solid forms, a term that incorporates a molecule’s potential crystalline and amorphous structures. The majority of drugs are crystalline, and combinations of the API with various guests – such as solvent or other salt crystals - can exist in multiple orientations. 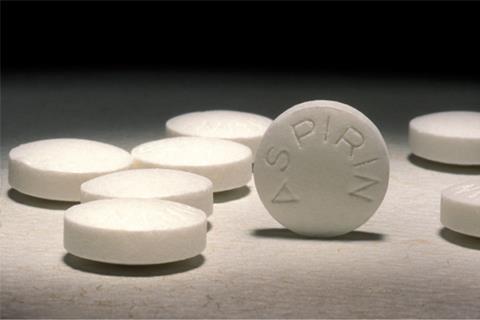 Even aspirin comes in a range of polymorphs, which must be controlled for the final tablet

Understanding the molecular solid form enables physiochemical properties such as solubility, stability and bioavailability – a measurement of the rate or extent to which a drug reaches its targeted site – to be investigated. Due to the wide variety of possible formulation combinations, the appropriate form must be chosen depending on the method of drug administration. Properties of oral formulations will need to be fundamentally different to an intravenous formulation.

Fortunately, an API’s solid form can be manipulated to fine-tune the desired physiochemical properties. To achieve this, two properties of the API are commonly changed in the development process: co-crystallisation and selecting an appropriate salt form. However, solid form manipulation must be performed on a case-by-case basis. What works for one oral formulation is not always guaranteed to work for other formulations.

Developing a different co-crystal of the API will alter the solid form due to the involvement of different intermolecular interactions. Co-crystal screening is needed owing to the inherent unpredictability entailed by different combinations of co-crystals. One screening method involves theoretical modelling which can be useful to direct the types of co-crystals being considered, for instance using models of hydrogen bonds. However, the extent to the validity of reaction modelling is a subject of debate.

The majority of drugs available on the market exist as salts which necessitate synthesis with an appropriate counter-ion. Changing this counter-ion allows for the optimisation of the physiochemical properties needed for the specific formulation. Once again, screening of the various counter-ions can optimise this process.

Different solid forms must be frequently characterised throughout the development process to determine whether the formulation conforms to the desired physical or chemical properties. Characterisation methods typically employed include: x-ray powder diffraction, which identifies the crystalline form of the drug; infra-red, nuclear magnetic resonance and Raman spectroscopic techniques, which are used to measure intermolecular interactions; and finally other methods can measure properties including melting points, phase transformations and solubility.

The drug development process is time-consuming, involving many years of iteration. Advances in existing technologies can assist in mitigating the impact of this lengthy process. For instance, today’s equipment can analyse samples that would have taken hours to analyse a decade ago, in a fraction of the time. Also, more powerful characterisation techniques have improved the scientific communities understanding of a molecule’s physicochemistry. This better understanding of the molecular crystalline or amorphous structure allows for synthetic route optimisation through the design of reaction profiles that directly crystallise the target molecule in the desired form.

Reducing the number of synthetic stages, rapidly identifying the relevant physical forms of the product and making it stable in a bioavailable, formulated form all help to accelerate the time to develop and deliver the drug to the patient. It is fundamental to ensure product quality is held to the highest standard and is focused on delivering effective, timely patient care.

Reaction simplification is a virtuous circle. Shorter, more efficient pathways reduce the time taken to deliver patient care and could potentially offer a reduced environmental footprint. Advances in technologies allow for the rapid development of pharmaceuticals assisted by using faster, more powerful characterisation tools or via more efficient production processes. Combining these technologies with clever reaction planning offers the potential to rapidly deliver life-saving medication. As technology advances and new catalytic routes and chemical reactions are discovered and optimised, there will exist many opportunities to streamline the drug development process that provide new routes to higher quality medications.