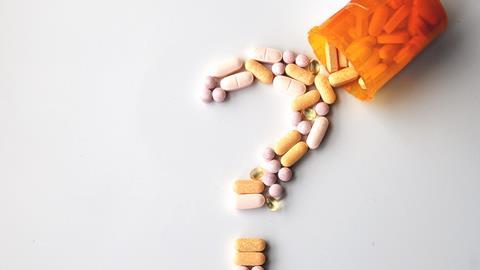 The US government has controversially announced that it will allow unapproved, experimental drugs to be given to terminally ill patients. The ‘right to try’ law passed by Congress on 22 May will apply to patients who have exhausted all approved treatment options and who cannot take part in a clinical drug trial. The experimental drugs must have passed Phase I safety testing approved by the Food and Drug Administration (FDA).

Critics of the legislation say it is likely to give desperately ill patients false hope and undercut the power of the FDA. Most experimental drugs ultimately fail to help patients. The success rate for cancer drugs entering clinical trials, for example, was recently calculated as 3.6%.

It would be more accurate to call it a ‘right to ask’ law, than a ’right to try’ law

The bill also limits the liability of drug sponsors, manufacturers, prescribers or dispensers. Drug companies will not be forced to hand over experimental drugs, however.

‘It would be more accurate to call it a “right to ask” law, than a “right to try” law. It doesn’t compel a physician to prescribe, or a drug company to pay for or supply the drug,’ says Jonathan Darrow, a pharmaco-economics expert at Harvard Medical School, US. To be eligible, patients must have exhausted all other treatment options.

President Trump, who signed the bill on 30 May, praised the law and said ‘a lot of that trying is going to be really successful’. The White House said that it will give over one million Americans who die from a terminal illness each year ‘a new tool to fight and make potentially lifesaving decisions about their treatment’.

However, there is already a scheme that allows patients to apply for experimental treatments. The FDA says it approves 99% of such ‘expanded access’ requests. Critics complain that the agency is too slow in processing requests though. The new law removes the FDA from the equation altogether.

This law is part of efforts to weaken the FDA

Academics, physicians and others opposed to the legislation sent a letter to House energy and commerce committee leaders. They claimed that the bill ‘would remove the FDA from the initial authorisation process for accessing an investigational therapy outside of a clinical trial’ and give vulnerable patients and families ‘false hope’. Dozens of patient organisations sent a similar letter to the House.

Trump used the word ‘cure’ five times during the bill signing and predicted that the law would save hundreds of thousands of lives. However, Darrow cautions: ‘It is important to remember that most experimental drugs fail during Phase II or Phase III trials, and that these failed drugs often do more harm than good.’ Even among the minority of drugs that receive FDA approval, actual ‘cures’ are extremely rare.

FDA commissioner Scott Gottlieb previously said that the biggest hurdle patients face getting hold of experimental drugs is industry. Companies usually manufacture experimental drugs in small batches, an expensive endeavour, and often do not have a surplus. Small companies may face staff or administration resource constraints in supplying batches of an experimental drug.

Gottlieb has said he would build additional protections that would work with the law. Republican senator Ron Johnson subsequently made clear in a letter that the FDA should be kept out of this. ‘This law intends to diminish the FDA’s power over people’s lives, not increase it,’ he wrote. ‘It is not meant to grant the FDA more power or enable the FDA to write new guidance, rules or regulations.’ Johnson was a leading author of the bill.

There is no indication whether or not the law will be tracked to see if it saves lives. This would be difficult anyway. ‘If someone takes an experimental drug and later dies, it is difficult to know if the drug hastened the death, delayed the death or the person died as a result of the disease’s natural course – unless you conduct a randomised controlled trial,’ says Darrow.

Bioethicist Annette Rid at King’s College London, UK, says the law needs to be seen in the political context of deregulation in the US. ‘It is part of efforts to weaken the FDA and use the trope that the FDA is blocking innovation getting to patients.’ Almost 40 States have already approved ‘right to try’ legislation. The template for these laws came from the Goldwater Institute, a libertarian thinktank that views treatment decisions as a private matter between patient and physician, which the state or government shouldn’t interfere in.

‘This is troubling from a public health perspective, because the FDA has an important role in protecting patients from interventions that do not work,’ says Rid. ‘Patients benefit from having the FDA involved in the expanded access programme, first introduced in 1987. The FDA often know more about the investigational drug under consideration than the treating physician, because they have access to confidential data, otherwise protected by property rights, and they can hit the brake if they see that the intervention for a specific patient might not be a good idea,’ Rid explains.

Four former commissioners of the FDA have expressed concern that a ‘right to try’ law could erode protections for vulnerable patients.