Following the recent acquisition of the world-leading Materia catalyst business by Umicore, we’ve been granted an exclusive interview with Robert Grubbs, chemistry Nobel laureate and co-founder of Materia. 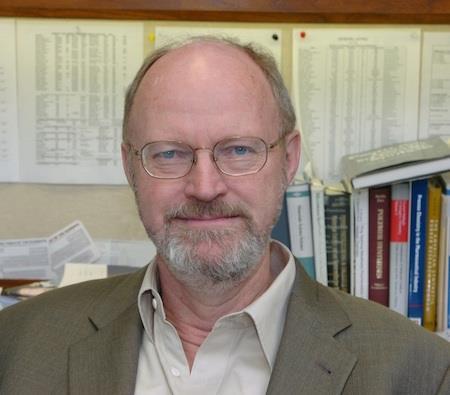 Robert Grubbs was awarded the 2005 Nobel prize in chemistry, alongside Yves Chauvin and Richard Schrock, for the development of the metathesis method in organic synthesis

You have carved out an incredibly successful career over the last 50 years, but what first sparked your interest in organic chemistry?

I actually came to chemistry quite late in my career. I was an agricultural major when I went to college, but I soon discovered that organic chemistry was more fun and smelt a lot better! Prior to starting my PhD with Ron Breslow at Columbia University, I heard a fascinating lecture from a young Australian organometallic chemist, Rowland Pettit, about an amazing compound called cyclobutadiene iron tricarbonyl. This is where my fascination in organometallic chemistry began, a field in its early infancy at the time. My interest was truly piqued when, as a postdoc at Stanford, my supervisor Jim Collman came back from a consulting trip and told us about a crazy reaction that allowed you to convert propylene into ethylene and 2-butene.

The original problem: the conversion of propylene into ethylene and 2-butene

It was apparent how limited our understanding was at the time, as we tried to decipher the mechanism of this transformation. I felt that this unknown reaction mechanism would be an ideal problem to study, kick-starting an on-and-off 50-year journey, at Michigan State University and later at Caltech, working on this transformation that we now call olefin (alkene) metathesis. Caltech is actually where, 20-odd years ago now, we synthesised the first broadly applicable and user-friendly olefin metathesis catalyst. A number of years ago we founded the company Materia to licence the technology, and since then they have been advancing the technology across a wide range of markets.

What is olefin metathesis and why is there such a buzz around this one reaction?

Olefin metathesis is a chemical reaction where, in the presence of a catalyst, fragments of alkenes are exchanged via the scission and regeneration of carbon–carbon double bonds. For those without a background in chemistry, I think the best way to explain it is that it’s a tool. Just like how you need certain tools to build a house, the same is true for molecules. As a very basic definition, metathesis is a new tool to build these molecules. At the next level, it’s about making carbon–carbon bonds, which is what organic chemistry is all about.

One project involved a metathesis-based polymer to insulate pipes that extract oil at high temperatures from great depths, and this is the only material that’s appropriate for this operation

As to why olefin metathesis important, most commercial products contain at least one carbon–carbon double bond, so this gives you an idea of how endless the potential applications are! So much time and effort in organic chemistry goes towards making these carbon–carbon bonds so ideally what chemists want is a reaction that is simple, reliable and will proceed in high yield. There are other reactions that may be able do this, but olefin metathesis is also cost-effective, reversible and scalable, and importantly, has proven to be so time after time. So you can see why it has been adopted by so many markets, from petrochemicals to pharmaceuticals. In fact, one recent large project at Materia involved a metathesis-based polymer to insulate pipes that extract oil at high temperatures from great depths, and this is the only material that’s appropriate for this operation.

In 2005, alongside Richard Schrock and Yves Chauvin, you were awarded the Nobel prize in chemistry for your work on metathesis. This is such a fantastic achievement some only dream of; did you ever think that anything like this would happen?

When we were first trying to understand this fundamental process, we never thought it would become one of chemistry’s most valuable reactions for carbon–carbon bond formation. It wasn’t until the late 1970s that we really understood the mechanism of metathesis proposed by Chauvin years prior. Even then we were in the wilderness for quite some time trying to get the catalysts developed. The really good systems started emerging in the early 1990s, and when Greg Fu published the first papers on ring closing metathesis, that’s when things really got started in organic applications. I think the most exciting time for me was in 1992 when we made our first well-defined ruthenium catalyst that would do metathesis. Although the reaction was already being utilised, its application in organic synthesis and in the preparation of highly functionalised polymers hadn’t been fully developed.

The first and second generation of ruthenium-based Grubbs catalysts

The environmental stability of our ruthenium catalysts paired with their functional group tolerance greatly broadened the potential applications of metathesis. We now had a catalyst that was stable in air and could even initiate the reaction in the presence of alcohol and water. It’s at this point that we really started to see the true potential of metathesis in organic chemistry.

What do you think the future holds for metathesis?

There are still many turns left on the metathesis path. I think the whole area of cross-metathesis hasn’t yet reached its full potential, I’m hoping there will be a lot more research and applications of these reactions discovered in the next few years. Cross-metathesis reactions usually just led to a big mixture. It wasn’t until 2003, when the Chatterjee papers came out, that we learnt how to control it. Now it’s coming to be a more controlled reaction but the only place that it’s done on a larger scale is in Elevance’s huge plant in Indonesia where they are converting seed oils to chemicals by cross-metathesis, as well as running many other reactions. This is a great achievement as being able to scale up any chemical reaction is vital, and particularly as many people thought early on that it wouldn’t be possible for metathesis.

From a Materia standpoint, we’ve been working on alkene metathesis and interacting for quite some time in the catalyst area. Other companies such as Umicore have also been developing catalysts in the area for a long time. Recently Materia’s metathesis catalyst business was acquired by Umicore, and I think this could be an important milestone in the future of metathesis. It will be great to have all the IP and technology in one place and with Umicore being such a large company with a very strong reputation in catalysis, we will benefit from the long-term trust they have built up over the years. It feels like when your kid goes off to college, you know you have got them up to the level and now it’s time for them to go off on their own – this is where we are with the technology now. It’s in a good college and ready to grow and mature.

After implantation [of an intraocular lens] you could wake up with 20:20 vision the next day!

Broadening the scope, how do you think chemical research in general is driving innovations in healthcare?

The diverse nature of chemistry is allowing us to develop new ways of treating disease that don’t involve pharmaceuticals, for example using medical devices to intervene in various cardiac problems, neurological diseases and such. One exciting example that we’ve been involved with for a while now, that has been approved by the FDA, is an intraocular lens. This is a lens that goes in after cataract surgery, a surgery that has been done for a long time and there are many known intraocular lenses that have been developed for it. The difference here is that, using brand-new materials chemistry, we have developed light adjustable lenses, where shining a pattern of light on the lens changes the refractive power and so after implantation you could wake up with 20:20 vision the next day! This is really simple materials chemistry that is now being made possible by the kinds of synthetic strategies and techniques that are becoming available to us.

Chemistry is impacting research in all kinds of different directions. New technologies, in particular new chemical reaction pathways, being developed are opening up new, exciting avenues in pharmaceutical research. This is providing new pharmaceuticals and new pathways to existing molecules, making them cheaper and easier to come by all while opening up possibilities to treat new diseases. In the long run, this will greatly impact healthcare costs by actually making people better, rather than having to provide long-term treatment.