Abandoned Cornish mine may hold clues to uranium clean-up 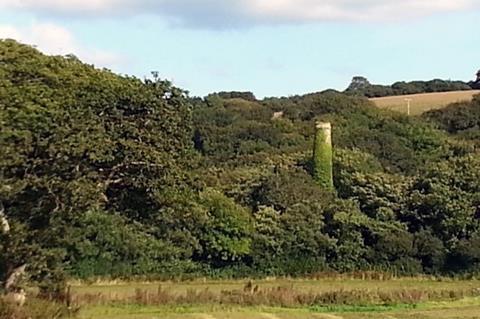 Arsenic has prevented uranium from leaching into waterways at the South Terras mine in the UK. This surprising discovery is the first time the toxic element has been found to control uranium contamination and could help in the clean-up of sites around the world.

The now abandoned South Terras mine near St Austell in Cornwall was the UK’s only and most important uranium mine, and operated between 1873 and 1930. Marie Curie obtained her early samples of radium – a byproduct of uranium mining – there. But there are numerous abandoned uranium mines worldwide, as well as nuclear weapons testing sites and nuclear accident sites, that are contaminated by radioactive elements such as uranium.

‘80 years since [South Terras’] abandonment, we wanted to investigate the chemical form of the uranium to understand whether it was mobile – that is, moving with the groundwater to the rivers – or immobilised somehow in the soil,’ says lead author Claire Corkhill from the University of Sheffield. ‘Understanding how radioactive elements can be immobilised before reaching groundwater, drinking water or being mobilised as aerosols in the air is of utmost importance to public safety.’ 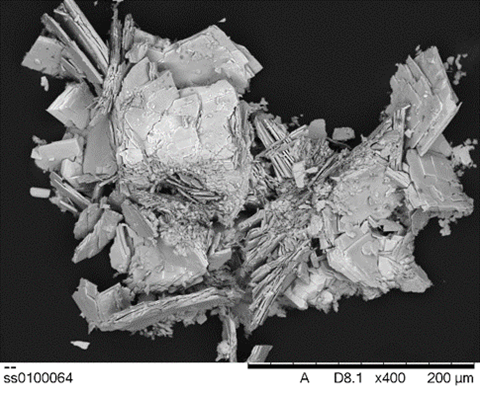 Corkhill and her team sampled soils around the mine to detect radioactive materials and then analysed them with some of the world’s brightest synchrotron x-ray microscopes, the Swiss Light Source and the National Synchrotron Light Source in the US. These microscopes use intense x-ray beams to focus on a point 1μm in diameter. ‘It’s a bit like looking for a radioactive needle in a haystack,’ says Corkhill.

The team found that uranium in the soil combined with arsenic to form an insoluble mineral. ‘Thanks to the presence of high levels of arsenic in the soil, the uranium was locked up in a uranium–arsenic mineral called meta-zeunerite,’ says Corkhill. ‘This is the first time this mineral has been found at any radioactive element-contaminated site, and shows that, in this case, arsenic helps to clean-up uranium,’ she added.

Simon Redfern, a professor of mineral physics at the University of Cambridge, UK, finds the work ‘interesting in the context of understanding radionuclides in the environment’. ‘The South Terras mine provides an excellent natural experiment from which we can begin to understand how radioactive waste might be immobilised and the risks associated with it be reduced by such natural processes.’