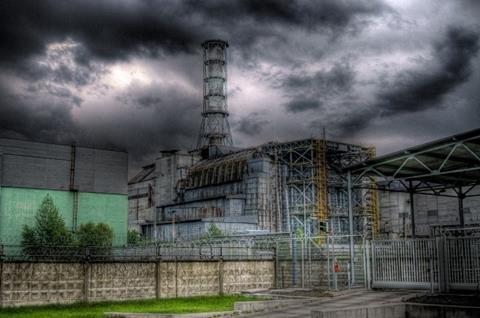 Saturday 26 April 1986 was a day that shook the world. At 1.23 am, the number 4 reactor at the Chernobyl nuclear power plant near Pripyat, Ukraine, leapt to more than 100 times its usual operating power. As a result, high pressure steam in the reactor vessel exploded and parts of the reactor shot through the roof of the building, igniting fires that ejected highly radioactive nuclides over much of the western Soviet Union and Europe.

At least, that’s the sequence of events many experts have agreed on. Now, scientists in Sweden have reanalysed data from the event, and concluded that the first explosion in the Chernobyl disaster was due not to steam, but to a runaway nuclear reaction.

The new conclusions do not revise the underlying cause of the disaster. That is widely believed to be the operators’ decision, less than an hour earlier, to proceed with a long-awaited experiment to see how the reactor would cope under a power outage, despite a series of operational failures leaving it in a potentially unstable state. After the recovery did not go to plan, witnesses reported two major explosions just a few seconds apart.

It is the precise events around these few seconds that have long been subject to debate. In the most popular theory, the first explosion was a steam explosion, in which energy from a nuclear surge and hot cooling water led to a build-up of high pressure steam that eventually ruptured the reactor. That explosion was supposedly followed by a second, more powerful explosion in which hydrogen generated by the reaction between the steam and the fuel cladding caught fire.

But not all the evidence has been consistent with this theory. At the end of April 1986, scientists at the V G Khlopin Radium Institute in St Petersburg detected two short-lived xenon radioisotopes in Cherepovets, a city 1000km north–northeast of Chernobyl. The ratio of these isotopes suggested some of them had an origin in a recent fission reaction – in other words, not all had come from the reactor’s inventory. Quite how the isotopes could have reached Cherepovets was a mystery, however, as the main track of debris stretched from Chernobyl west.

A possible answer came to Lars-Erik De Geer, an expert in nuclear forensics at the Swedish Defence Research Agency, when he came upon this xenon-isotope data for the first time at a conference in 2008. In an early report on Chernobyl debris in Sweden, De Geer and his colleagues had included a plot depicting the trajectory of debris at some 3km in altitude. Unlike the lower-level debris, which was then the main focus of analysis, this high-level debris bent around the Gulfs of Riga and Finland before turning eastward, towards Cherepovets. ‘We didn’t pay much attention at the time,’ De Geer recalls.

Though it took eight years, De Geer and colleagues eventually got their hands on high-quality weather data for the month following the Chernobyl disaster, so that they could calculate whether xenon would have dispersed towards Cherepovets at that time if it were launched high into the atmosphere by a nuclear explosion. The results fit well, he says – as did other previously sidelined evidence, such as seismic activity recorded 100km away. And in one telling eyewitness account, a local fisherman glimpsed a blue flash above the reactor. De Geer believes only a nuclear explosion could have raised temperatures sufficiently to generate such a light.

So what is De Geer and colleagues’ new version of events? They believe that a hurried insertion of control rods with graphite displacers into the reactor led to nuclear explosions in a few of the reactor’s fuel channels. These explosions vapourised part of the two-metre thick bottom lid of the reactor tank, and shot a jet of plasma containing the short-lived xenon isotopes upwards through the roof. Seconds later, the steam explosion followed, rupturing the main reactor vessel.

De Geer ‘certainly knows how to use the tools of his trade, some of which he has developed himself’, says Lars Högberg, a former director general of the Swedish Nuclear Power Inspectorate, who was not involved with the analysis. ‘So in all probability he is right in his hypothesis. It provides new insights into the first few seconds of the processes destroying the reactor.’

Högberg notes that the reanalysis is unlikely to have major ramifications for future reactor safety, as it does not revise the root causes of the disaster. De Geer agrees, but is still pleased to have cleared up the mystery of what happened in that crucial minute in the early hours of 26 April 1986. ‘On the nature of these two explosions there has never been a consensus,’ he says. ‘I hope there will be now.’