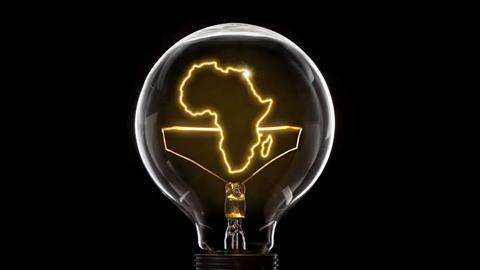 Africa’s latest programme that aims to boost the continent’s science base through investment in early-career researchers has just got off the ground.

Last month, 44 early- to mid-career researchers across 38 African countries were awarded five-year fellowships of up to €500,000 (£425,000) each to start their independent research teams and deliver cutting-edge research. In all €25 million worth of grants are available.

The inaugural African Research Initiative for Scientific Excellence (Arise) programme is funded by the EU and implemented by the African Academy of Sciences (AAS) with support from the African Union.

‘The Arise pilot programme is focused on kick-starting an ambitious push to strengthen Africa’s science base through a novel instrument to support scientific excellence,’ says Arise programme manager, Obed Ogega. ‘This is a crucial effort towards a more attractive and inclusive continent for bright minds, including the diaspora returning to Africa.’

‘By creating open and direct competition for funding amongst the very best African women and men researchers the Arise pilot programme will reinforce the positive agenda for research in Africa,’ he says.

On average, Africa spends just 0.45% of its GDP on research and development, which is significantly less than the global average of 1.7% and the African Union’s target of 1%. Africa has less than 100 researchers per million people.

‘This is over 10 times less than the global average of 1100 researchers per million people and perpetuates significant obstacles for many promising African researchers to progress in their work, integrate into the global research communities and to deliver the necessary results for economic and societal progress on the African continent,’ Ogega says.

Jutta Urpilainen, the European commissioner for international partnerships, described Arise as a major step for EU–Africa academic and scientific cooperation. ‘The Arise pilot programme is a great opportunity for talented early-career scientists, aiming to strengthen Africa’s science and innovation base,’ Urpilainen said in a statement.

The programme’s strategic added value lies in the creation of an open and direct competition at continental level between the very best young African researchers, which is instrumental for reinforcing the continent’s science base, raising the quality of scientific output and stimulating the next generation of scientists, Ogega says.

‘We are going to be acquiring one or two major pieces of equipment using the Arise grant,’ says Gift Mehlana, who is also the secretary of the African Crystallographic Association, and leads the first research group in the chemical sciences department at Midlands State University in Zimbabwe. Mehlana already has existing laboratory infrastructure that can support his research on carbon dioxide conversion to methanol.

By funding early- to mid-career researchers, the Arise programme contributes to the creation of a critical mass of scientists in Africa, Ogega says. This in turn will provide the scientific evidence and solutions to Africa’s developmental needs and priorities as envisioned in Africa’s Agenda 2063 development blueprint, Ogega added.